Williams' George Russell was the first car out on the sunny streets of the principality, which traditionally open on Thursday for F1 practice, while Sainz was first to set a reasonable lap time of 1m16.241s mediums in the Ferrari.

World champion Lewis Hamilton quickly bested Sainz' time in the Mercedes with a 1m15.858s, before Sainz struck back with a 1m14.457s aboard the SF21.

Sainz' Ferrari team-mate Charles Leclerc disappeared into the garage after just 10 minutes with a gearbox issue, preventing the Monegasque driver from enjoying a return to his home track.

Sainz further lowered his personal best to a 1m13.639s and then 1m13.388s on Pirelli's yellow-banded medium tyres, leading at the 15-minute mark from Hamilton, Valtteri Bottas and Verstappen.

The Mercedes pair kept chipping away at Sainz' benchmark, Bottas taking second with a time of 1m13.732s before Hamilton approached P1 by 0.016s.

Alpine's Fernando Alonso was the first driver to cause a yellow flag, damaging his front wing by understeering into the barriers at the final turn. The two-time F1 world champion was soon able to continue after a front wing change.

After a short virtual safety car period Verstappen vaulted to the top of the leaderboard with a 1m13.191s on the hard tyre.

Mercedes' response was forthcoming, with both Bottas and Hamilton immediately going quicker. Hamilton reclaimed top spot with a 1m12.995s on mediums, the first driver to dip below the 1m13s mark. 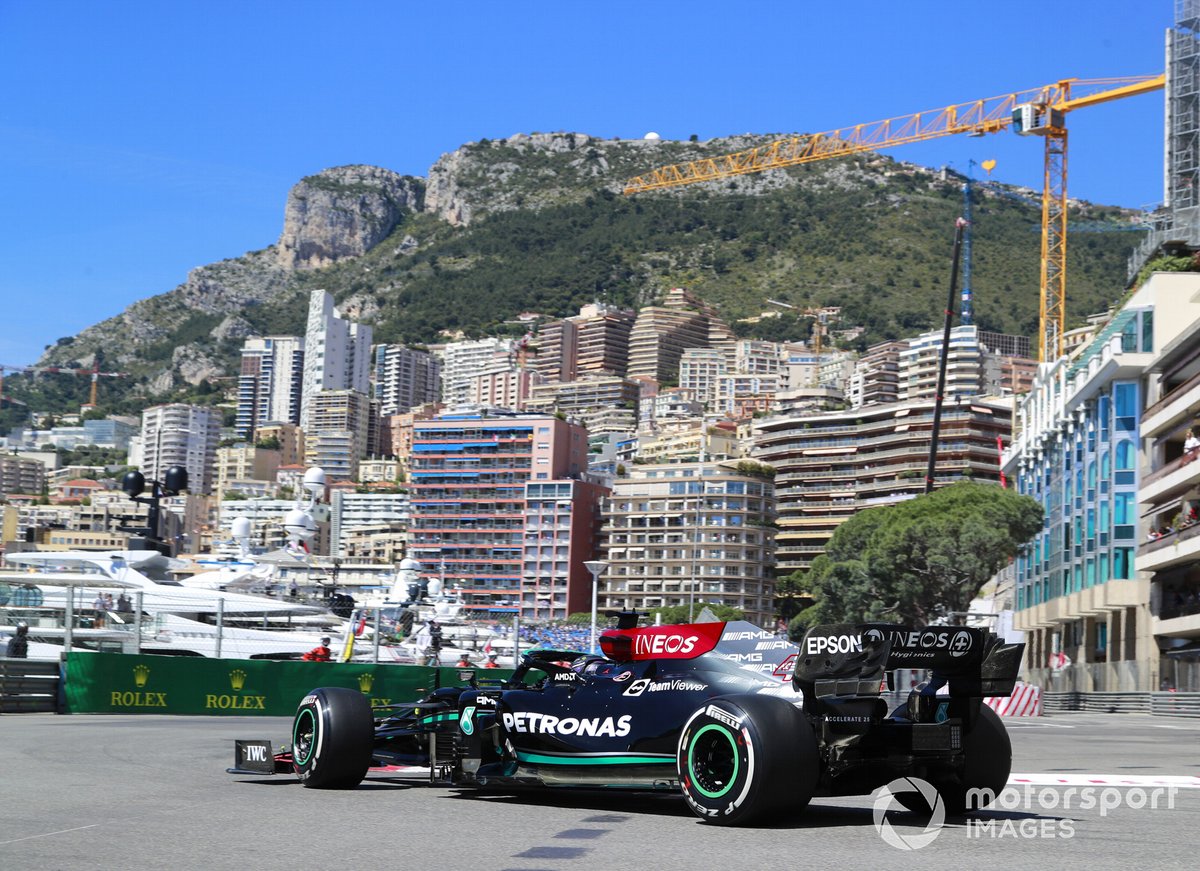 Hamilton's time in front was short-lived, with Sainz quickly reclaiming P1 with a time of 1m12.965s before an impressive Pierre Gasly jumped from fourth to first with a 1m12.929s in the AlphaTauri, the Frenchman using softs.

Sainz was the second driver to brush the barriers diving out of the swimming pool chicane, but he appeared to escape damage.

With 15 minutes left on the clock Verstappen took first place with a 1m12.648s on the medium tyres, with soft-shod team-mate Perez following the Dutchman into second with a 1m12.817s.

In the final stages Perez ultimately leapfrogged his team-mate, going top with a 1m12.536s and then 1m12.487s, albeit on softs. Sainz also jumped Verstappen to go second with an eye-catching time of 1m12.606s on mediums.

Verstappen, who was battling Sainz to find clear air for a final flyer, settled for third, followed by Gasly, Hamilton and Bottas.

Behind the frontrunners Lando Norris held seventh in his McLaren, which carries the iconic Gulf Oil livery this weekend, seven tenths behind Perez. Sebastian Vettel was an encouraging eighth for Aston Martin. 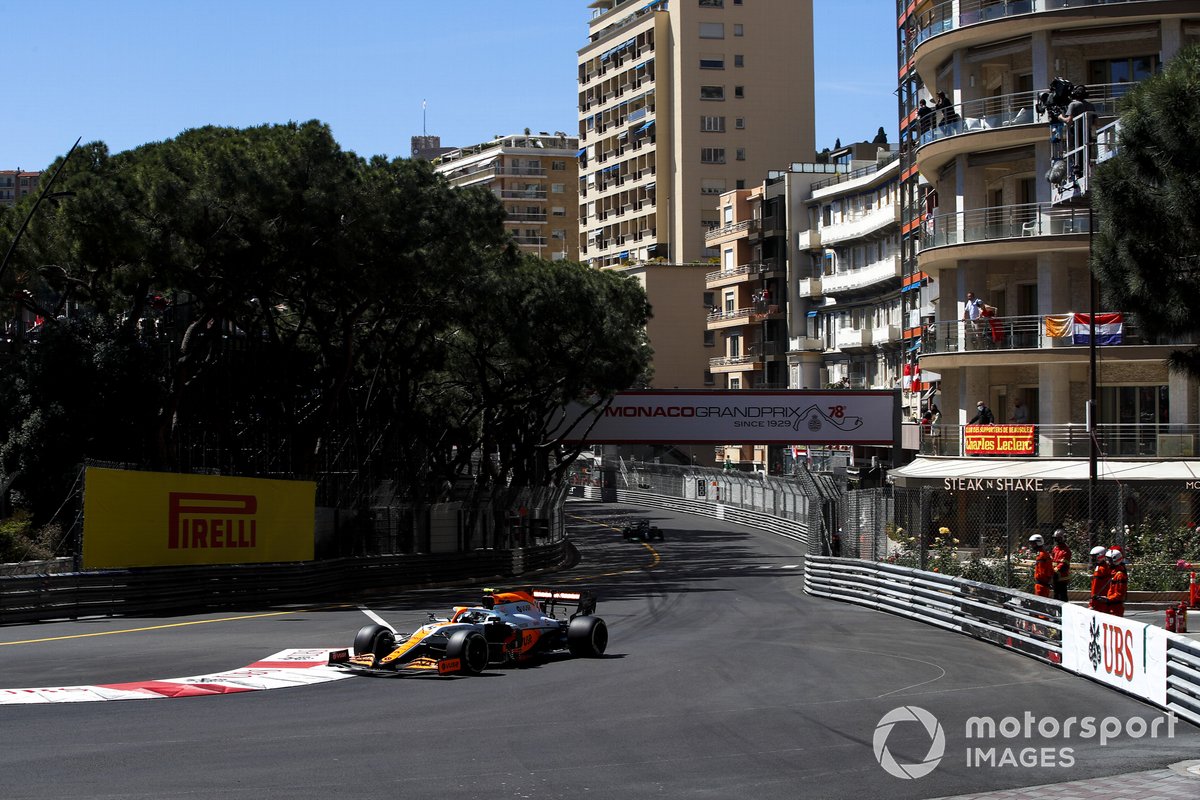 Yuki Tsunoda was ninth fastest on his first-ever outing on the streets of Monaco, followed by Alfa Romeo's Kimi Raikkonen and Aston Martin's Lance Stroll.

Antonio Giovinazzi was 12th ahead of Alonso, who added a Sainte Devote excursion to his wall tap in a rough first session.

Williams' Nicholas Latifi followed in 14th ahead of low-key session for Daniel Ricciardo and Esteban Ocon.

Haas rookies Nikita Mazepin and Mick Schumacher ranked 17th and 18th respectively, only ahead of Russell and garage-bound Leclerc.