Plans for the Miami Grand Prix to join the Formula 1 calendar in 2022 took a step forward when city commissioners voted in favour of a new resolution – despite opposition from local activists.

The new Mayor of Miami Gardens, Rodney Harris, sponsored the fresh bid to host the event. On Wednesday night, city commissioners heard nearly two hours of complaints from local residents, who opposed the plans for a race in their community, before voting in favour of going ahead with the project.

The resolution will lead to a memorandum of understanding between the city, the Miami Dolphins organisation and Formula 1 to hold the race on a purpose-built circuit around the Hard Rock Stadium, home of the Dolphins NFL team.

Residents’ activist leader Brenda Martin Providence told WSVN: “Our city council has flip-flopped on us, and it makes us very angry. [They] decided to go into negotiations, and we just want them to know nothing with us has changed. We just don’t want it in our neighbourhood.”

The new plan pledges $5million to fund community benefits programmes and businesses in the city, and a STEM programme for local children that F1 will implement.

“This is a billion-dollar corporation,” she added. “You send us $5 million and expect us to be okay with that? The money that it brings to them, it won’t bring to us.” 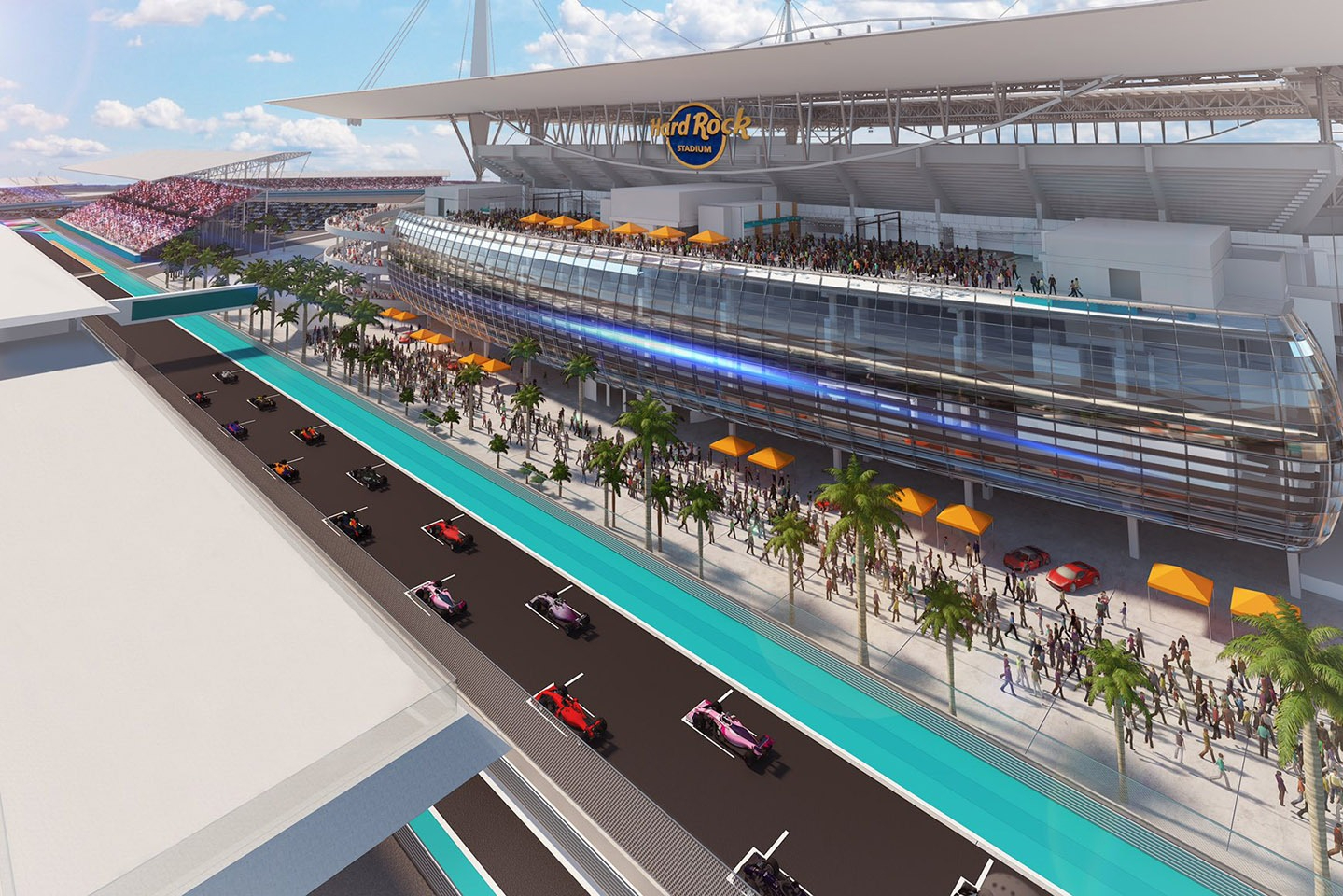 Miami Gardens is a city 16 miles north of Miami which includes the Hard Rock Stadium that is primarily used by the Dolphins. Both are owned by real estate billionaire Stephen Ross, who signed a deal in 2019 with F1 to promote the race.

Ross’s previous efforts have been derailed by opposition from local residents, who in October launched a civil rights lawsuit against Miami-Dade County, the Dolphins organisation and F1 for racial discrimination – Miami Gardens, home to 113,000 residents, is a majority African-American city.

The track layout has already been altered to appease locals, as it was re-designed to avoid using 199th Street, meaning the arterial route can be kept open throughout the race weekend.

The Dolphins organisation has also pledged to erect noise mitigation barriers and monitor air quality and noise throughout the event.

Initial plans in 2017 to host the event on the streets of the City of Miami were thwarted by a local residents group, which quashed the downtown bid in early 2019 on the grounds of noise pollution and the disruption it would cause.