Formula 1 is working to ensure its new sprint races are not “a blur” for fans by providing relevant information through its partnership with Amazon Web Services.

F1 announced in April that it would be holding ‘sprint qualifying’ at three events this year, running a 100km race on Saturday afternoons to set the grid for the grand prix on Sunday.

F1 has been working with AWS to provide in-race insights to fans through a variety of graphics, including overtaking chances, braking performance, and speed traces. By the end of the year, AWS will offer 18 different graphics through the F1 Insights partnership.

F1 technical consultant Rob Smedley explained how series officials are working to predict scenarios in sprint races and ensure it does not pass by too quickly without giving fans enough understanding.

“We’re discussing what we think the likely outcomes and scenarios are going to play out over the weekend,” ex-Ferrari and Williams engineer Smedley told Autosport.

“Obviously we’re trying to be ahead of the game. If you think about it, it’s the first time that we’re actually on the same footing if you like as the teams, because we’re learning at the same rate as the teams. So it’s quite nice.

“But you’ve got to be able to convey that as well. The sprint qualifying session and the weekend format is only going to be a success if we’re able to keep the fans abreast of what’s happening.

“If it’s kind of a blur and it’s all different, and you don’t really know what’s happening until the end, I think we’re going to lose some of the advantage of the sprint qualifying.” 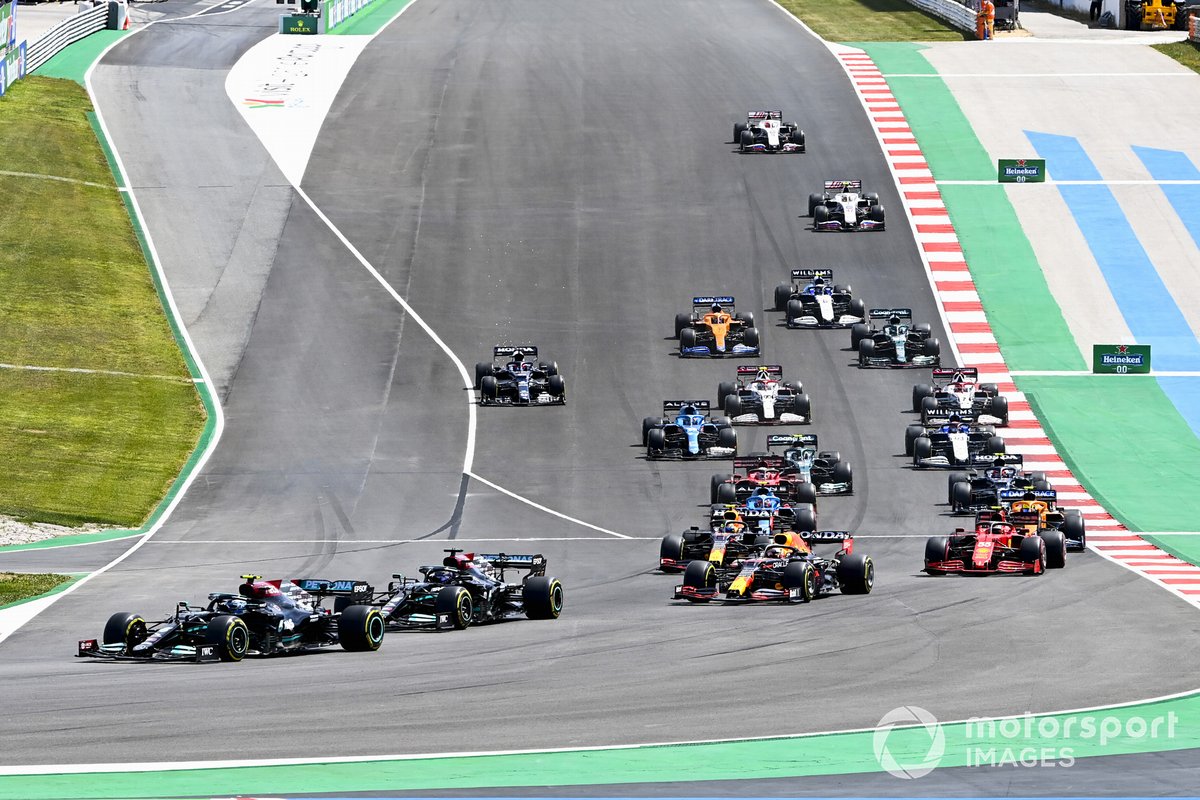 F1 is also planning to hold sprint qualifying at the Italian Grand Prix and the Brazilian Grand Prix, but is yet to finalise details for those events.

Smedley felt F1’s partnership with AWS would help offer an understanding of the important elements of sprint qualifying and its place within the weekend format, as well as conveying that information to fans.

“Ross [Brawn] has been pretty clear with us all about trying to absolutely maximise this as an opportunity,” Smedley said.

“So we’re going through again with AWS, going through what can we do and what do we really need? What are the important parts of the actual sprint qualifying race part itself?

“What’s the important part of the actual qualifying? How does all of that weave into the Sunday afternoon race? That type of thing.

“There’s quite a lot of interesting aspects to that, which we’re going through now and making sure that we’re ready with briefing and stories and graphics for Silverstone.”

How Bottas' Monaco F1 pitstop ended up being 43 hours long