After locking out the front row of the grid for the sprint race in qualifying on Friday, Mercedes continued to lead proceedings at Monza as it swept to the head of the field again in FP2.

Hamilton saw title rival Max Verstappen set the early pace in the session for Red Bull, but managed to pull clear at the top of the field during a soft tyre run with 15 minutes to go.

A lap time of 1m23.246s was enough to give Hamilton P1 at the end of the session, leading team-mate Valtteri Bottas by two-tenths of a second in the final classification.

Verstappen ended up four-tenths of a second off Hamilton’s time in third place, having struggled to match the Briton’s pace so far this weekend.

Verstappen had sat fastest when the session was red flagged after 26 minutes when Sainz crashed through the high-speed Ascari complex.

Sainz lost control of his Ferrari on turn-in for the second apex, causing him to spear into the wall on the left-hand side of the track and leaving his car with a damaged front suspension, nose and front wing.

Sainz called it a “massive crash” over the radio and said it “hurt a bit” but that he was OK, with replays showing his head jolting forward in the cockpit. The Spaniard was taken to the medical centre after the crash and given preliminary clearance, but will undergo a further check ahead of qualifying. 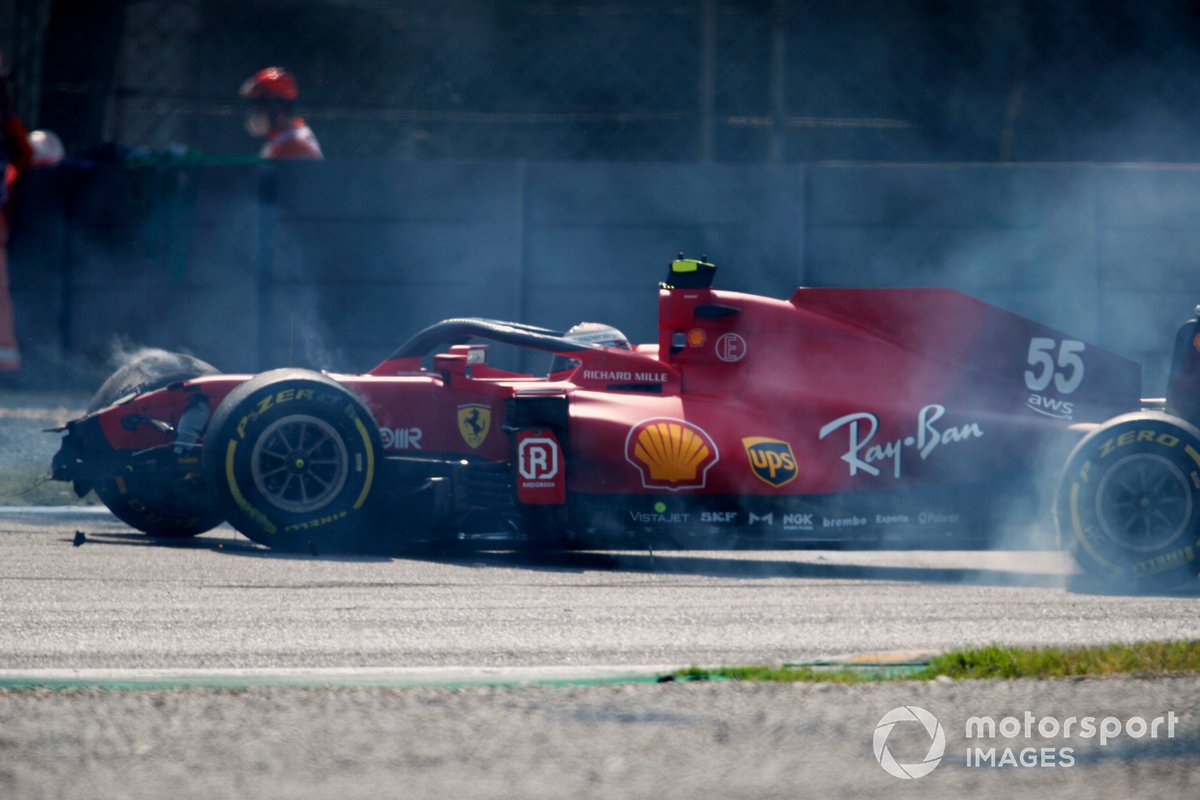 After the session Ferrari reported it is “aiming to get Carlos’ car ready for sprint qualifying”.

Once Sainz’s car had been recovered and returned to the pitlane, the session resumed with 21 minutes left on the clock, prompting drivers to chase improvements with a change of tyres.

Hamilton set his best lap on softs, but lapped just three-tenths of a second slower on the hard compound tyre during a subsequent run.

Sprint race pole-sitter Bottas finished 0.222s off Hamilton in second place, while Max Verstappen made a late improvement on mediums to reduce the gap to third down to 0.416s.

Robert Kubica enjoyed a strong session for Alfa Romeo as he took sixth place ahead of team-mate Antonio Giovinazzi, while Fernando Alonso ensured there were two Alpines in the top 10 by finishing eighth.

2020 Italian Grand Prix winner Pierre Gasly ended FP2 in ninth place as Lando Norris rounded out the top 10 for McLaren, having seen a couple of lap times get scrubbed for exceeding track limits.

Charles Leclerc was the leading Ferrari in 11th place after Sainz’s crash. Leclerc ran with a previously-used power unit in FP2 following his issues in qualifying, but reported towards the end of the session that he had to box, and could not tell the team why over the radio. At the end of FP2 Ferrari announced Leclerc was feeling slightly unwell which was why his session was cut short. 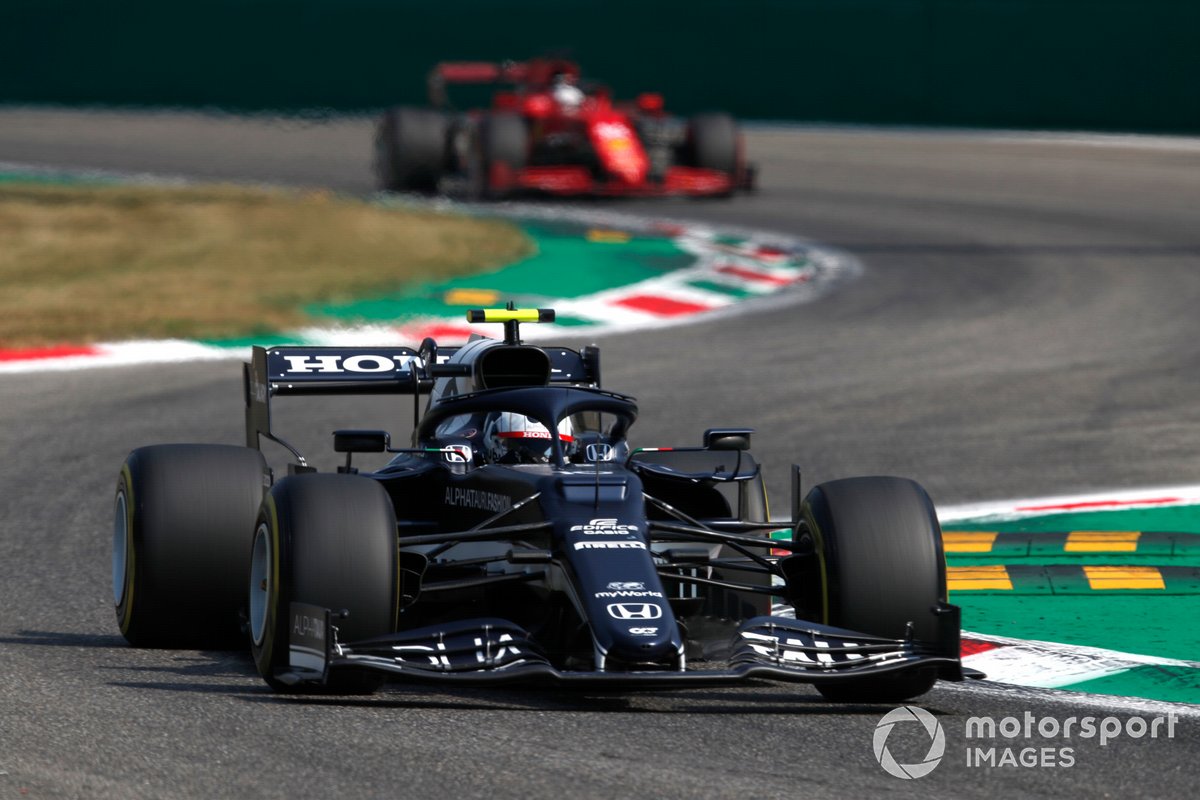 Daniel Ricciardo wound up in 12th place for McLaren ahead of the Williams pair of Nicholas Latifi and George Russell, who were followed by Yuki Tsunoda in 15th.

Nikita Mazepin took 16th for Haas ahead of Aston Martin drivers Lance Stroll and Sebastian Vettel, with Vettel reporting some d-rating from his car during the session.

Mick Schumacher finished 19th for Haas ahead of Sainz, who propped up the timesheets following his crash.