Ricciardo had previously stated that Red Bull needed to avoid a third row start for the race after practice suggested it could have a shot at victory.

But the Australian will start the race in 12th place after he was caught out by the changing wet conditions and Lance Stroll's spin at Turn 9, having marginally improved on wet tyres earlier in Q2 and only just scraping his way out of Q1.

"The rain came, the first guy on track was getting the best track and then it got worse and worse, not only to be further in the pack but you also needed to get that first lap in," Ricciardo told TV crews.

"Stroll spun in front of me, I had to abort that lap and the following lap was too wet for the intermediate tyre. The last sector was just trying to survive.

"So we had to put the extreme [wet tyres] on and the track was nowhere near what it was at the beginning. The first lap had to count and we had the guy in front [Stroll] so I was just unlucky."

Although Ricciardo managed to get through Q1 with a late effort, he admitted that it had been too close a call in opting for softs on a drying track. 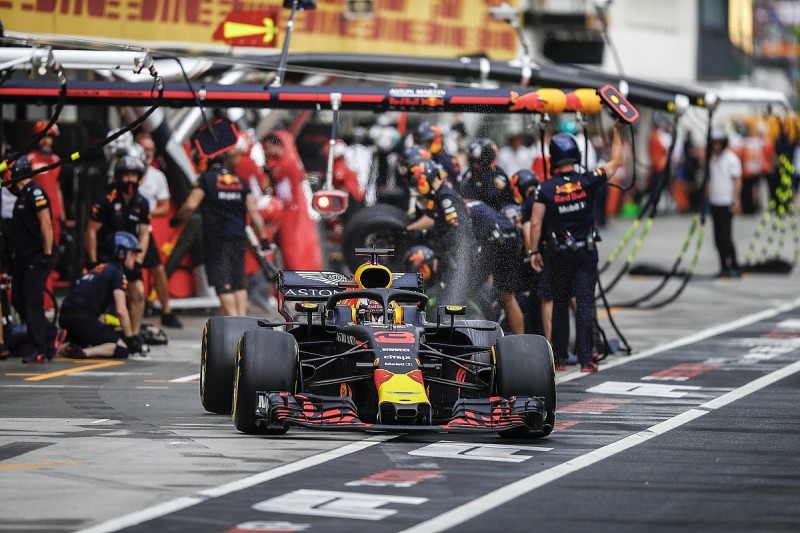 "We took a risk in Q1 to use the soft," he said. "In hindsight, for sure, we would go on the ultra[soft] and just be safe because that was too close.

"We did have a soft to use for Q1 in dry conditions. It was in the plan, but if it wasn't against the plan, then it was closer than we wanted it to be."

Pole position winner Lewis Hamilton said he understood Ricciardo's frustrations because the ever-changing weather conditions meant anyone could have suffered a similar fate.

"It could've gone wrong for all of us," he said. "I don't know what their scenario was if it was done due to timing.

"I think our team did an exceptional job today, they brought their A-game in these conditions.

"I guess that's why you hear Bono's [Peter Bonnington, Hamilton's race engineer] voice afterwards, because it was so nerve-wracking for them.

"They're always trying to do their best, all the teams are."