The COVID-19 pandemic has forced the opening nine races of the 2020 F1 season to be called off, leaving the French Grand Prix at Paul Ricard on 28 June as the earliest unchanged event on the calendar.

But in an address on Monday, French president Emmanuel Marcon confirmed the current limitations in place to combat the spread of COVID-19 will remain in place for the time being.

France entered a one-month lockdown on 17 March, but this has now been extended for an additional month until 11 May.

Macron also confirmed the ban on public gatherings is set to continue into July.

"Big festivals and events with large public gatherings cannot take place before mid-July at the earliest. 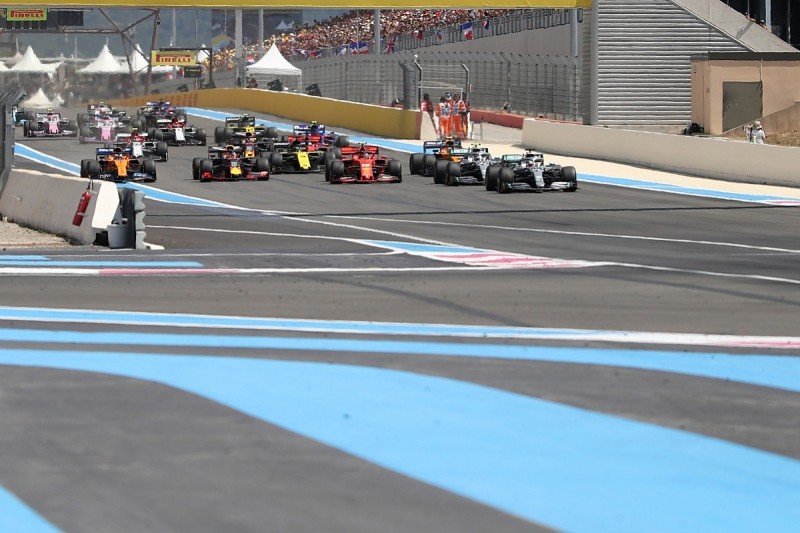 "The [national] situation will be evaluated collectively from mid-May, every week, to adapt things and give you visibility.

"Our borders with non-European countries will remains closed until further notice."

The news deals a fresh blow to any hopes of getting the new F1 season started at Paul Ricard, even behind closed doors.

F1 bosses are currently working on a number of contingencies to get the new season started when possible with a heavily-revised calendar.

F1 managing director Ross Brawn said last week the calendar could feature as many as 19 races if the season can commence in July.

Brawn said the season could also start as late as October and still reach the eight races required to be declared a world championship.

No updates have yet been given on the Austrian Grand Prix, set to take place one week after France on 5 July.

Officials at Silverstone will make a decision on the running of the British Grand Prix - scheduled for 19 July - by the end of April.

The announcement by the French government is also likely to result in the cancellation of the Tour de France, scheduled to start in Nice on the same weekend as the grand prix.