The session only featured just under 25 minutes of green flag running due to the situation unfolding after the Aston Martin had ground to a smoking halt in the pit exit.

Sainz and Leclerc had led the pack out of the pits at the start of the one hour session in front of packed grandstands at Zandvoort, with all the drivers heading out during the opening minutes to sample the unfamiliar track.

Leclerc established the first place benchmark at 1m17.919s as he ran the hard tyres, but this was swiftly lowered as several drivers cycled through to enjoy time at the top of the timesheets.

Pierre Gasly post a 1m15.301s before Lando Norris beat that with a 1m13.751s – the McLaren driver running the medium tyres for his initial laps – as the first five minutes came to an end.

Verstappen then slotted into first place for the first time with a 1m13.045s on the hards, which was then bested by Bottas’s 1m13.021s before the Red Bull driver returned to the head of the times on a 1m12.850s at the 10-minute mark.

The home hero went quicker again as his run continued, before Norris edged ahead on a 1m12.679s just before the session was suspended when Vettel suffered a suspected “engine failure” and stopped at the pit exit. 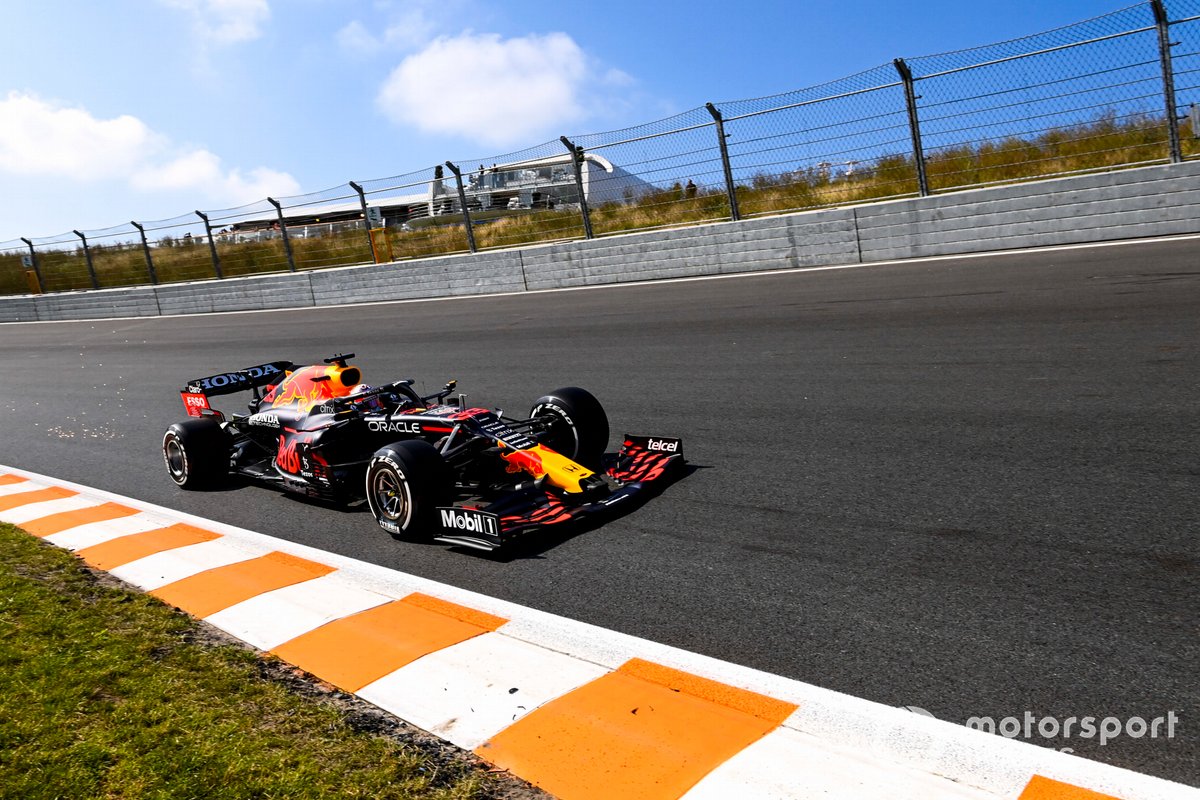 The Aston Martin driver had already reported a problem his team told him was likely to be with his engine’s MGU-K and he returned to the pits after the initial installation laps.

But as he began a timed lap approaching the 20-minute mark his engine broke down as he approached Turn 1 – the right-hand Tarzan hairpin – and Vettel pulled over at the pit exit point.

The German driver climbed out before returning to his car with a fire extinguisher, but both Vettel and the attending marshals appeared to struggle with the equipment – extinguisher fluid soon covering large parts of the AMR21’s bodywork.

A crane and several course cars arrived afterwards but the Aston remained stranded on track for over 20 minutes as it remained in a live electrical state before team mechanics were brought to the scene with additional equipment to safely assess the situation, which a marshal used after covering a section of the car with a large piece of rubber.

It took a further 10 minutes before the car was finally craned away and the scene was cleared, with the session resuming with six minutes remaining.

The drivers queued at the end of the pits and then slowly emerged one-by-one in an effort to get ahead in the traffic train to complete a series of late laps on the soft tyres.

Leclerc posted a 1m12.288s to briefly return to the top of the times before he was deposed by Sainz and Bottas. 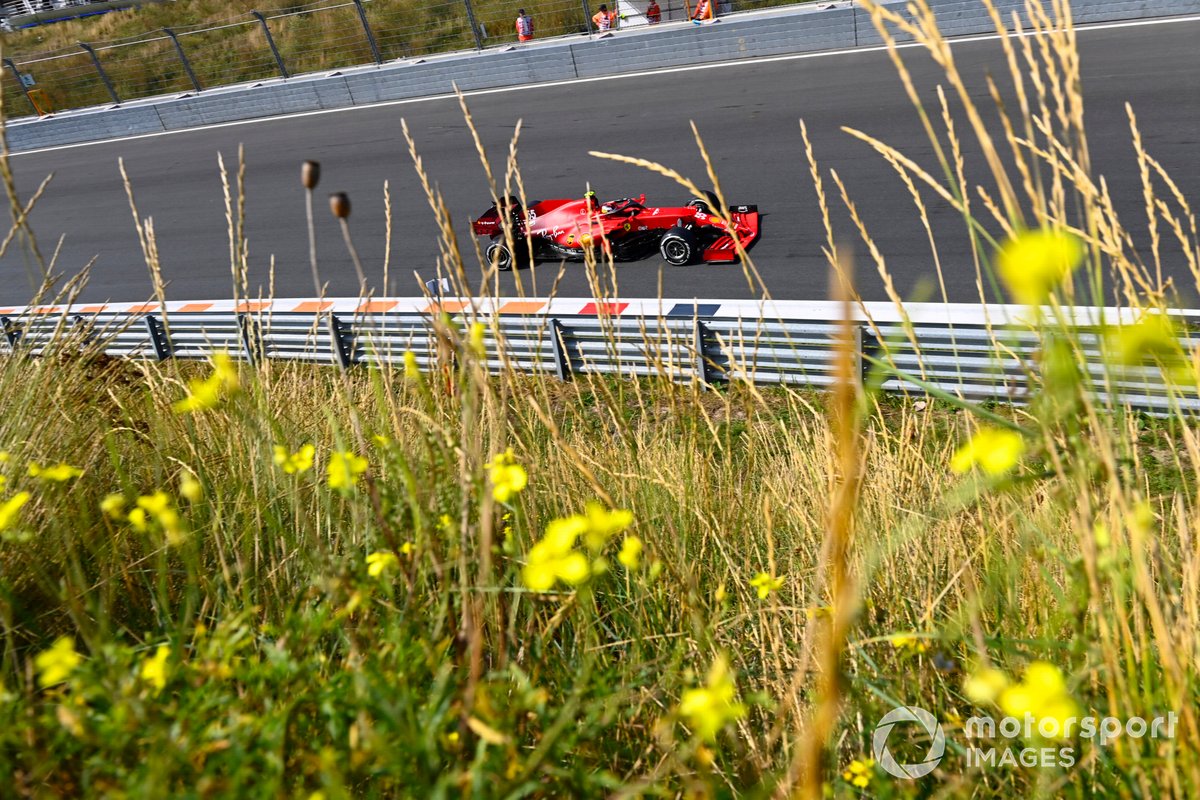 But Hamilton then blasted ahead with a 1m11.500s, which remained as the quickest time as the flurry of action in the final minutes closed out the session.

Verstappen set a pair of late personal bests, but his second effort on the softs still left him 0.097s slower than his title rival – the Dutch driver having to dodge traffic at several points after setting what was at that stage the fastest time in the first sector.

Sainz then beat Verstappen’s effort in the opening sector before losing time compared to Hamilton as his last lap went on, and the Spaniard wound up 0.101s adrift in third.

Leclerc led Bottas and Fernando Alonso in fifth and sixth respectively for Mercedes and Alpine, with Esteban Ocon seventh.

Ocon was involved in a close call with Norris during the chaotic final stages when the Frenchman appeared to move over on the McLaren, seemingly unaware Norris was approaching at high-speed, on the short run to the penultimate corner.

Norris, who had slid into the gravel at the final corner on his previous lap, was forced to jink onto the grass to avoid a collision.

Antonio Giovinazzi finished eighth for Alfa Romeo, with Lance Stroll and Gasly rounding out the top 10.

Vettel and Yuki Tsunoda were left at the foot of the times, the latter only completing three laps during the early running after he spun getting on the power at the Turn 10 long left-hander that feeds onto the back straight.

Tsunoda’s AlphaTauri was fitted with a large aero-measuring rake when he spun and the Japanese driver did not return to action for the remainder of the disrupted session.

Hamilton: No concerns about Mercedes team harmony if Russell signs