The FIA has been experimenting with DRS this year to make it a more potent overtaking aid, usually with the intention to get drivers closer to the car ahead for the next DRS zone rather than creating an immediate passing opportunity.

Silverstone's new DRS zone from the start-finish straight through to Turn 3 led to two major accidents over the course of the British Grand Prix weekend as Romain Grosjean and Marcus Ericsson deactivated DRS too late before Turn 1 with their DRS open.

Though Whiting said this particular zone did not actually help overtaking he defended its use and said that managing the DRS was part of the driver's job.

"I don't think it actually helped," said Whiting. "The idea was that drivers might get a little bit closer than they would have done otherwise, and therefore be in a better position to attack on the straights between Turns 5 and 6.

"It's like any corner that is challenging to drivers, and sometimes they try to do it flat when it's not really flat, and they spin.

"If they thought they could do it, they can try it. It's not a requirement to do it." 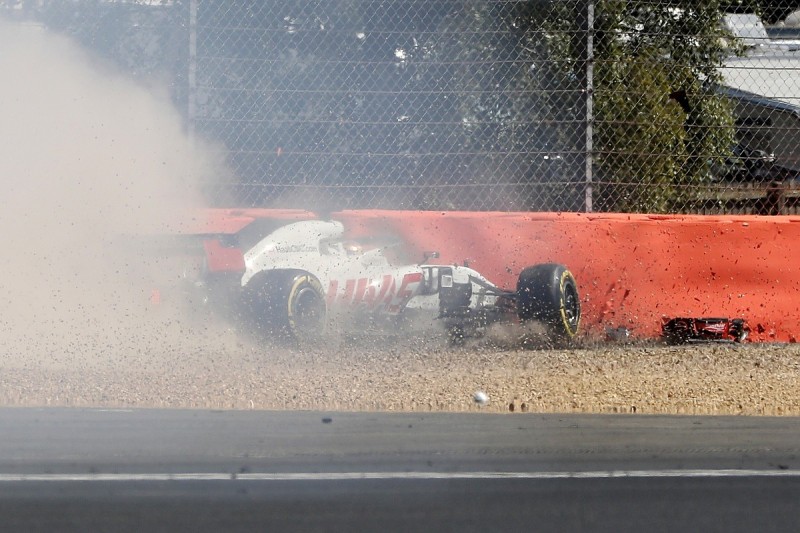 Although the Silverstone situation added an extra challenge, Whiting said he was not in favour of returning to past regulations that allowed drivers to use DRS wherever they wanted to during qualifying.

"I don't think there's any point because all you're doing is creating faster lap times," he said.

"The whole principle of DRS was to help overtaking and to allow them to use it in the places you can use it in the race seems entirely logical to me.

"I wouldn't be in favour of going back.

"There were a couple of suggestions that drivers had accidents because they'd opened it too soon.

"I never really agreed with that, I felt that opening the DRS too soon was the same as opening the throttle too soon or putting the brakes on too late.

"You're going to have accidents if you do those things."

Though Whiting conceded the new DRS zone on the Silverstone pit straight did not contribute to overtaking in the British GP, the governing body's experimentation will continue with another extra zone at the next race at Hockenheim.

The main DRS zone on the run to the hairpin will also be extended.

"The main one going down into Turn 6 will be a bit longer."