Formula 1 drivers face a step into the unknown in the Austrian Grand Prix, with Pirelli predicting the little-used soft tyres could be the best compound choice

Teams' initial impressions were that the low-grip nature of the Spielberg circuit would make Pirelli's softest compounds the best options, meaning most drivers only had one or two sets available in Austria.

While 13 drivers have at least run the softs briefly, seven, including front-row starters Valtteri Bottas and Sebastian Vettel, have not having taken only one set to Austria.

A smaller performance gap than expected between the tyre compounds is the result of higher temperatures and increased grip from the track surface.

"The track surface has been quite hot, and the soft is the only compound that is high working range, because the super and the ultra are low working range. This means the soft works well, the level of grip is good and the degradation is close to zero.

"This means the soft could be a choice for the race because, with the small delta and pace management, there is less difference between compounds. So the soft could become an interesting choice." 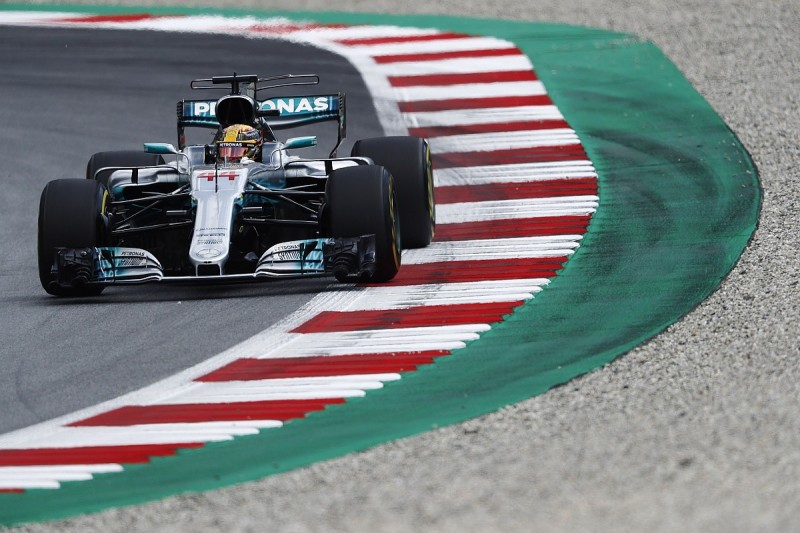 HAMILTON COULD HAVE BEST STRATEGY

Pirelli believes a one-stop race is best and that drivers starting on the super-soft and ultra-soft would be best served by switching to the soft.

The indicated quickest strategy route, which Lewis Hamilton could take, is a 26-lap run on the super-soft before a switch to the softs.

The second-quickest option is only slightly slower, starting with an 18-lap stint on the ultra-softs and then a switch to softs.

The unknown for the teams is whether the zero degradation of the soft will be worth any performance deficit compared to the ultra-soft in a likely 50-lap stint, which has not been proven from practice data.

"The soft is giving you more guarantees than the super-soft," said Isola. "Of course you can take the risk to run longer with the super-soft, but at some point the degradation is not linear so you start losing lap time.

"In this case, if you have a tyre that is more consistent like the soft and you know is giving you more guarantees, then you are not losing in terms of lap time and the degradation, so it makes sense to consider the soft."

Not every team is convinced that the soft will become the right choice for the race.

Force India's technical director Andy Green believes the degradation of the super-soft was low enough to be convinced it would be right.

Asked about Pirelli's view on the soft being a safer bet, he said: "It depends how safe you want to be.

"If you want to be able to do three race distances then yes it is very safe - but we only want to do one. The super-soft is fine for us."

Pirelli's predicted strategy will not be applicable if there is rainfall, with forecasts suggesting there is an 80% chance of showers during the race.