Formula 1 drivers say “there will need to be discussions” to assess if Saudi Arabia has a place on future calendars following the missile attack and ongoing track safety concerns.

A four-hour meeting was held by the drivers on Friday night in Jeddah amid the looming threat of the race being boycotted following the Houthi missile strike on the nearby Aramco site.

This was then followed by a large crash for Mick Schumacher in qualifying that will force the German to miss the grand prix on Sunday, although he was cleared to return to his hotel after medical checks in hospital.

That high-speed shunt has again put the safety credentials of the Jeddah Corniche Circuit back in the limelight, despite modifications made to improve visibility and widen the track for 2022.

These events have occurred in the days after F1 CEO Stefano Domenicali revealed that the calendar is potentially oversubscribed and could theoretically expand to 30 races.

The Concorde Agreement currently has a 25-race limit, which would suggest a waiting list.

When asked by Autosport if, in light of the surplus, Saudi should be in line to keep its place, Ferrari’s Carlos Sainz Jr reckoned it was a topic that F1, the FIA and the drivers had to raise.

He said: “I think there will need to be discussions after this race, because clearly what has happened in the last 24 hours is… it’s definitely a point of discussion and consideration that we need to take going into the future.” 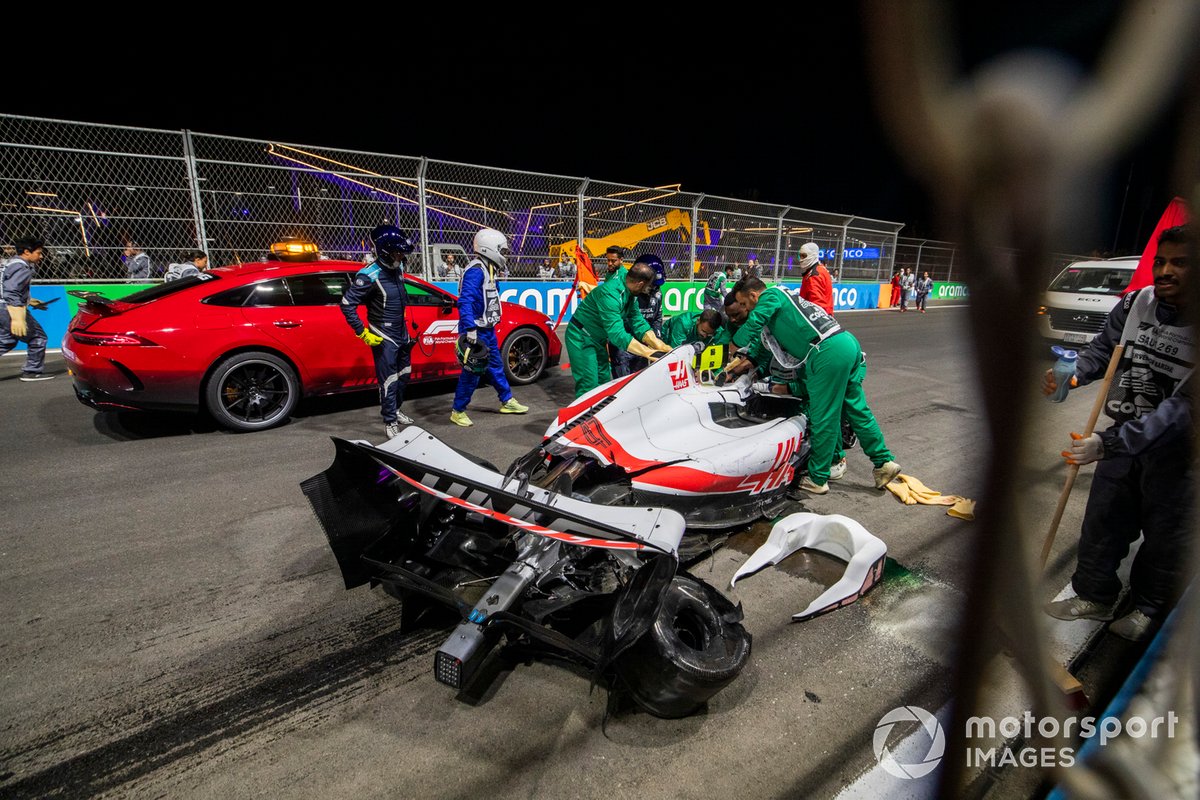 Medics and marshals attend the scene after a heavy crash for Mick Schumacher, Haas VF-22, in Q2

The initial contract F1 agreed with Saudi officials was worth £500 million over a 10-year period. But that will likely cover a change of race location, with an eventual move from Jeddah to Qiddiya being planned.

The deal was also subject to extensive criticism that many observers considered the latest display of ‘sportswashing’ to obscure Saudi’s terrible human rights record.

Red Bull’s Sergio Perez, who will line up on pole for this afternoon’s grand prix, reckoned: “I think there's definitely some considerations that we will have to do as a group and see what's best for the sport going forwards.”

Charles Leclerc added: “Yeah, I agree. I don't want to go too much into details on this subject now, but it's definitely a discussion that we should have after this race, once everything calms down and we'll look back at it, and then we'll see.”

Domenicali has also warned that some current races will likely fall off the calendar, with historic circuits not immune, in favour of new venues such as Qatar and Las Vegas.

Ocon “one degree” away from having same F1 crash as Schumacher