Formula 1 technical chiefs are now predicting that the 2019 cars will be faster than last year, despite the rule changes having originally been expected to slow them down

F1's aerodynamic regulations have been altered for this season with the aim of boosting overtaking and were supposed to have stripped back downforce levels.

Teams had been initially predicting that the cars would be up to two seconds per lap slower than in 2018.

Ferrari team principal Mattia Binotto said at the launch of his team's 2019 car that "we predicted an impact of 1.5s per lap when we [first tested] in the windtunnel [and] it's what we got".

But the step back in speed did not materialise at the opening pre-season test as the new cars quickly produced times that were comparable to 12 months ago.

By the end of the week, Nico Hulkenberg's fasested time of 1m17.393s was pretty close to the winter testing record from 2018, which was Sebastian Vettel's 1m17.182s from the final test.

But the difference looks especially dramatic if first test to first test is compare, as by the end of week one at Barcelona in 2018, Lewis Hamilton had only got down to a 1m19.333s.

Although improved weather conditions, and a faster track surface, played their part in the improvement, there is little doubt that teams have managed to recover the expected lost downforce. 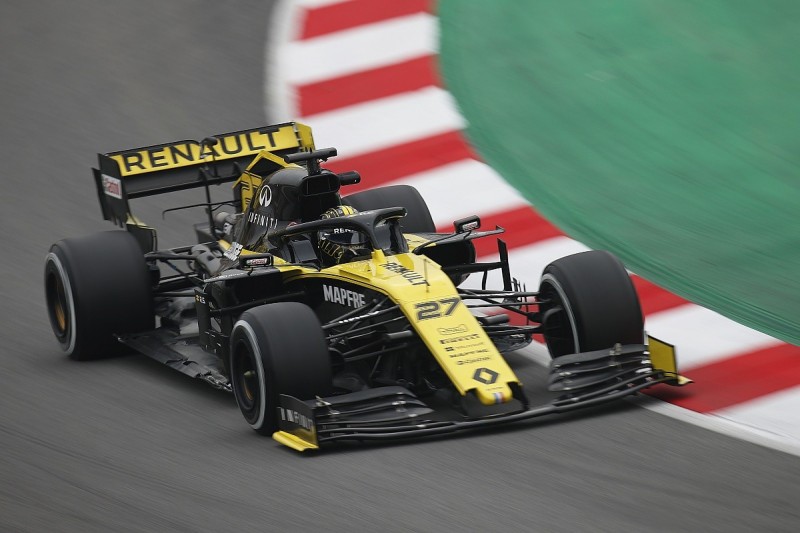 Renault technical director Nick Chester reckoned that F1 was on course to be quicker than 2018, as he expected next week's times to improve further.

Toro Rosso deputy technical director Jody Eggington said that while initial estimates had been pessimistic, F1 engineers' tendency to recover losses should never have been underestimated.

"F1 engineers are fantastically good at overcoming challenges," he said.

"The key point is that when people were talking about the lap time delta, I think it's got a little bit lost in translation.

"The first moment we put the car in the windtunnel that was configured to the new regulations, we lost a chink of load, a chunk of aero balance and the shape of our aero map was not what we wanted.

"That would have been similar for a number of teams.

"So then you get to work on recovering that as soon as you can. In our case, we're learning all the time to find opportunities.

"We're exploiting it, and history has proven teams are fantastically good at recovering big losses rapidly and finding opportunity even within what is potentially more restricted regulation.

"So in that respect it is a good engineering challenge. Let's see how it pans out at the first races."

Video: The verdict on the first test of F1 2019 at Barcelona