Formula 1 chiefs are confident the championship can escape the previous boom and bust manufacturer cycles in the wake of the arrival of Audi and Porsche.

Their arrival means there will be at least five car makers in F1 from 2026, with Mercedes, Ferrari, Renault, Audi and Porsche all committed.

Honda has also not completely ruled out the possibility of staying on once its current technical partnership with Red Bull comes to an end.

The history of F1 and other top level international series has shown that categories struggle to maintain such a number of manufacturers for the long haul – as not all of them can win and the losers often quit.

But F1 CEO Stefano Domenicali and FIA president Mohammed Ben Sulayem think that the way the engine rules have been framed, allied to the financial robustness of F1 amid the cost cap era, should be enough to keep them all on board for the long haul.

Domenicali said: “I think in the history of F1, we have seen teams coming, teams going. Manufacturers coming and going.

“The beauty of the choice that we have taken together is that we are totally convinced that technically speaking it is the right one, and will enable, from the technological perspective, from the sustainability perspective, and from the economical perspective, to have and keep on board the teams and manufacturers. Plus add more to this equation.

“In this moment, if you look at the life of the cycles, I think we are totally on the positive side of it [and rising]. And it will be very long before, hoping as late as possible, [before we go] the other side of it. But now is all good, a great trend.” 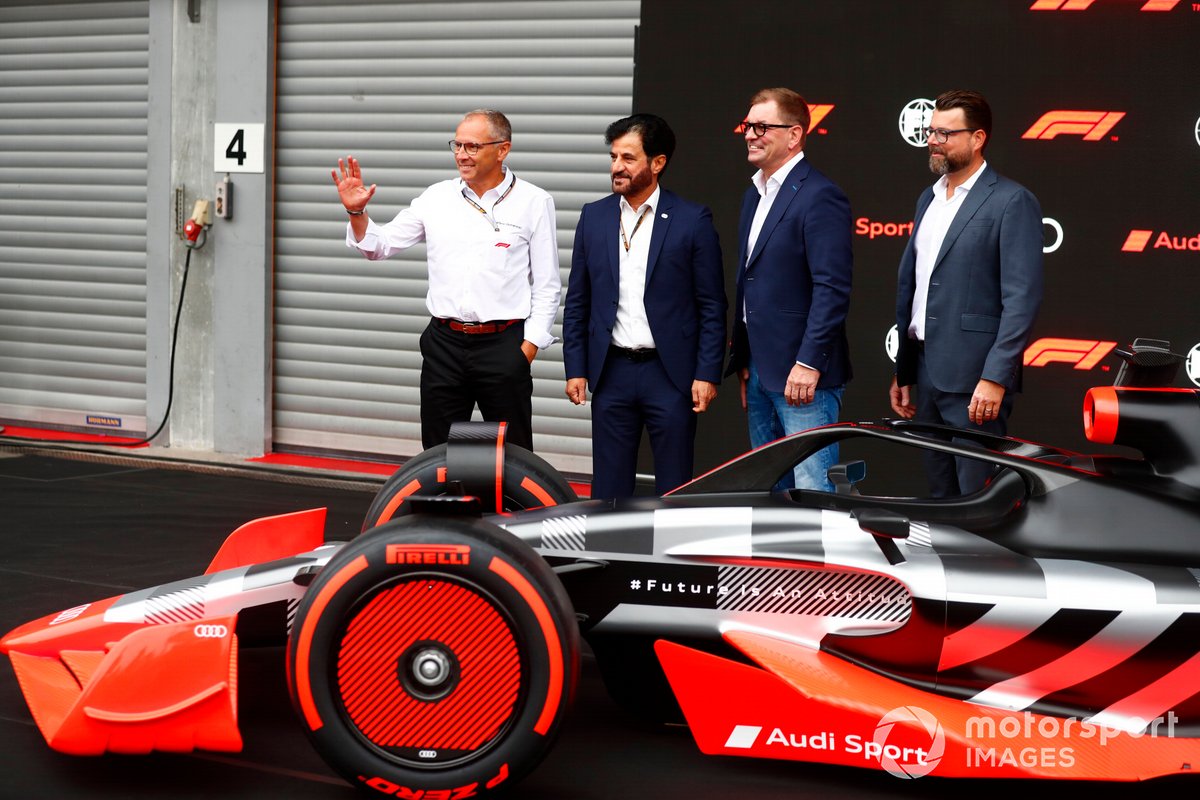 FIA president Ben Sulayem said that the push to ensure rules worked for both current manufacturers and new entrants was critical in boosting the belief F1 could keep all the car makers on board.

“I am confident that the sustainability of the PU manufacturers will be there,” he said.

“What we invested at the time to have the PU right is a lot. The negotiation was with the dyno hours, it was with the cost cap, it was with everything. So we made sure that both sides: the existing manufacturers, and the newcomers, have the chance.

“We worked it out with all the stakeholders here. So I'm confident that they are here to stay. It's not just a temporary thing.”

Ben Sulayem reckoned that there would have been no chance of attracting car makers like Audi and Porsche on board if the rules had not changed.

“If we [the FIA] didn't change the PU, we wouldn't have given the opportunity to new teams to come,” he added.

“There is no way a big manufacturer would come at the PU supplier, if they don't have the chance. Nobody would go there to be humiliated.

“The negotiation, there were a lot of ups and downs, engaging all the time with Audi and with the teams and with Stefano, so the results are fruitful.”

McLaren hits back at Alpine’s Piastri lack of integrity claim