F1: Bahrain and Vietnam Grands Prix postponed due to coronavirus

Following the cancellation of the season-opening Australian Grand Prix, F1 confirmed the second and third rounds of the 2020 campaign will be called off as well.

No new date has been announced for the races, and F1 said it will "monitor the situation and take the appropriate amount of time to study the viability of potential alternative dates for each grand prix later in the year should the situation improve".

"The global situation regarding COVID-19 is fluid and very difficult to predict and its right we take time to assess the situation and make the right decisions," said F1 CEO Chase Carey.

"We are taking this decision with the FIA and our promoters to ensure the safety of everyone involved in Formula 1 and our fans."

The cancellation of the first three races means the season would, in theory, start with the Dutch Grand Prix in early May, but F1 admitted that "given the sharp increase in COVID-19 cases in Europe in recent days, this will be regularly reviewed".

As revealed by Autosport earlier on Friday, however, Formula 1 could be looking at kicking off the season in Azerbaijan in June. 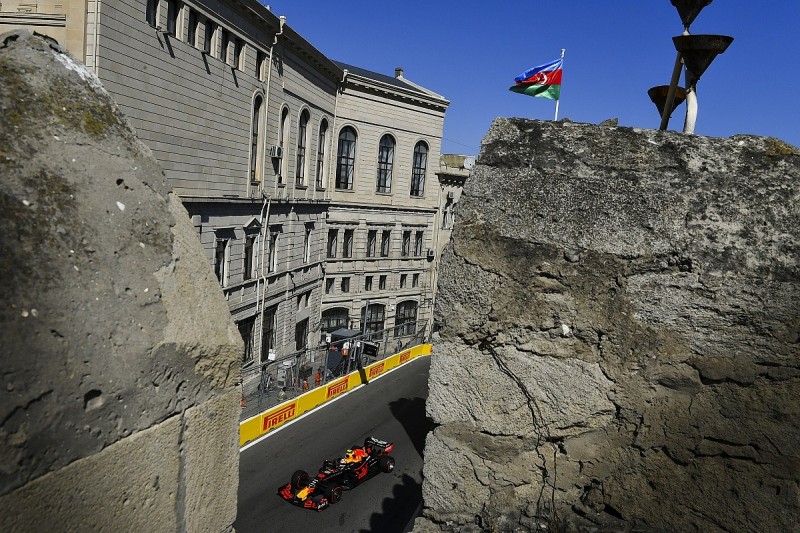 "Together with Formula 1, the Bahrain Motor Federation, the Automobile Association of Vietnam, and the local promoters, postponing both the Bahrain and Vietnam Grands Prix was the only possible decision given all of the information currently available to us," said FIA president Jean Todt.

"We continue to rely on the input and advice from the World Health Organisation (WHO) and governments and will work with them throughout this unpredictable period to safeguard the fans, competitors and all of the motor sport community."

The Bahrain GP, originally scheduled for March 22, had announced earlier this month that it would take place without spectators.

"We have been in continuous discussions with F1 and the FIA in recent weeks, as the situation with regards to COVID-19 has evolved globally," Bahrain circuit boss Sheikh Salman bin Isa Al Khalif said.

"The mutually agreed decision to postpone the race is the right thing to do, given recent developments and the overwhelming priority to protect the health of all concerned.

"We will be working closely with our partners at F1 and the FIA on monitoring the global situation and hope to be able to welcome the return of F1 later this year, once it is right to do so."

The Chinese Grand Prix had been already called off a month ago as a result of the coronavirus outbreak.