With the release of the new F1 2020 game on 10 July, Formula 1 fans have another chance to immerse themselves in racing after its belated start. But does the new My Team feature - which allows you to create your own outfit - live up to the hype?

July has been a good month for Formula 1 fans. Not only has the series returned after a lengthy break enforced by the COVID-19 pandemic, but the official video game - F1 2020 - also hit the shelves.

Produced once again by Codemasters, the publisher and developer of the F1 game since 2010, F1 2020 looks to continue to build on the growing hype and momentum that has been building around its digital offerings in recent years.

The explosion of F1 Esports saw an influx of players to the 2017-2019 games, but F1 2020 has come out at a time when more gamers than ever appear to be interested in F1. The suspension of real-world racing prompted drivers to move into F1's virtual racing world, taking part in the Virtual GP series and, in the case of Charles Leclerc, Lando Norris and George Russell, even set up their own events.

As a result, the timing for F1 2020 couldn't really be better. And the title delivers in pleasing the hardcore fans who will have been waiting eagerly for racing to resume, giving them another way to get their motorsport fix in an already-congested schedule. 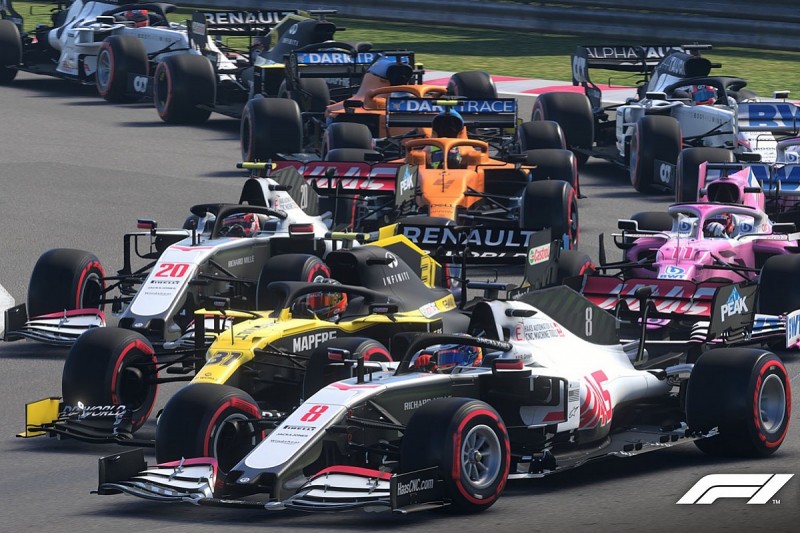 The gameplay in F1 2020 has been refined once again this year, building on an already-strong platform. A notable addition for this year is an easy way in which to deploy ERS - an important tactic for drivers - by hitting an overtake button, coming more in-line with how the real-world drivers race. The AI modelling appears to have taken another step forward as well, allowing for fun, fair and satisfying battles against the other drivers.

The centrepiece of F1 2020 is the new mode, My Team. For the first time in the franchise's history, players are able to create their own team

As well as catering for fans who will want to manage every single ERS input, pit lane speed limiter usage and even tyre warming, F1 2020 remains accessible. It takes fair-weather players just a few races to get up to speed and accustomed to the game, even with tweaked settings. There is even a dedicated 'Casual Mode' with simplified settings that would allow even the newest of players to jump straight into a race and enjoy a rewarding on-track experience.

While the current F1 calendar has been heavily-revised as a result of the COVID-19 pandemic, F1 2020 sticks to the original plan. All 22 tracks are included in the game, including new additions in Vietnam and the Netherlands. It is the first chance for most F1 fans to get a taste of the Hanoi Street Circuit, which is a real challenge and highly entertaining. Zandvoort is also faithfully-replicated, complete with the booming grandstands that would surely have been decked out in orange in hope of a Max Verstappen victory.

The modelling of the circuits perhaps lacks the total accuracy of some other titles (for example, the Red Bull Ring in Austria doesn't quite feel as hilly as it perhaps should), but remains decent enough. The game also continues to feature some alternate track layouts, including short circuits at Bahrain, Silverstone and COTA, which add nice variation. 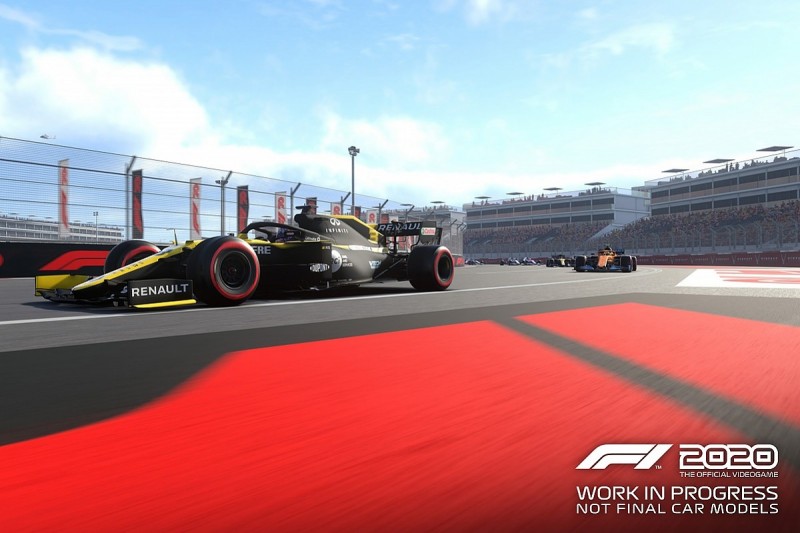 Formula 2 returns to the game following a successful first appearance last year, although the 'story mode' the series was paired with has now been ditched. The game currently features the full 2019 grid of teams and drivers, including the late Anthoine Hubert, who was included in the game in agreement with his family.

The centrepiece of F1 2020 is the new mode, My Team. For the first time in the franchise's history, players are able to create their own team, which takes the 11th slot on the grid. You are placed in charge not only of driving, but also the day-to-day management of the team, looking after finances, facilities, sponsor deals, and even driver contracts. At first, you have a selection of a few F2 drivers from 2019 to pick as your first team-mate, and also pick your power unit supplier before embarking on your first season.

But the customisation does not stop there. You can even modify the calendar, allowing for seasons as short as 10 races, and also have some tools to create a logo for your team and pick a car livery. While the customisation tools are limited to a base design and the colour scheme for the car, it's a lovely addition.

The mode is deeply rewarding, reaching a level that has never been present in the Codemasters F1 games before. The basic career mode remains if you want to focus on the driving side, but it gives the chance to look after all areas of the team and go on a real 'road to glory' story mode. 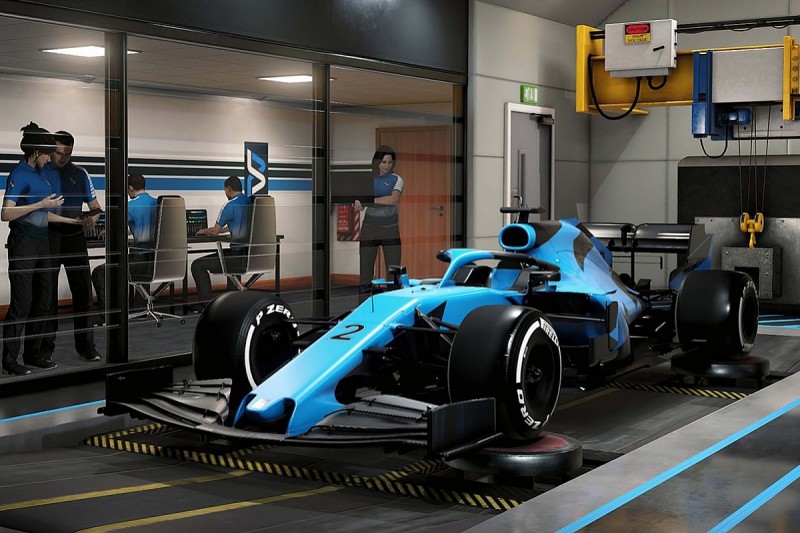 F1 has rarely seen management games - the last dedicated sim came out in the early 2000s - but this is a brilliant blend of both worlds. And like the racing side of things, it is easy enough to work through that newcomers will be able to play it without feeling overwhelmed by all of the options on offer.

Adding to the accessibility of the game is the return of a split screen mode, something that has been lacking from the F1 titles in recent years, allowing for some classic side-by-side action.

It is the first chance for most F1 fans to get a taste of the Hanoi Street Circuit, which is a real challenge and highly entertaining. Zandvoort is also faithfully-replicated

For those looking to get multiplayer action without physically seeing another human being, the online offerings for F1 2020 are strong once again. Lobbies are easy to dip into, with players being recognised for their performance and safety through as set of ratings. The new Podium Pass feature also looks to reward players for how they perform with a series of special liveries, helmets and collectables.

There are also options for leagues, and some dedicated events on each grand prix weekend that allow players to earn trophies depending on how they stack up against the rest of the world. The game will also have a portal for the F1 Esports Series upon its expected resumption later in the year.

The game also retains many of the classic offerings from previous editions, this time featuring the four of Michael Schumacher's most famous cars. The 'Schumacher Edition' of the game gives players the chance to drive the Jordan 191, the Benetton B194, the Benetton B195 and the Ferrari F1-2000, adding to the roster of cars seen in previous games through various eras of the sport.

All in all, F1 2020 acts as another step forward for the series, with the depth of My Team being a huge addition that will suck gamers in. But importantly, it remains accessible enough to be a gateway for new fans to the sport without completely overwhelming them. 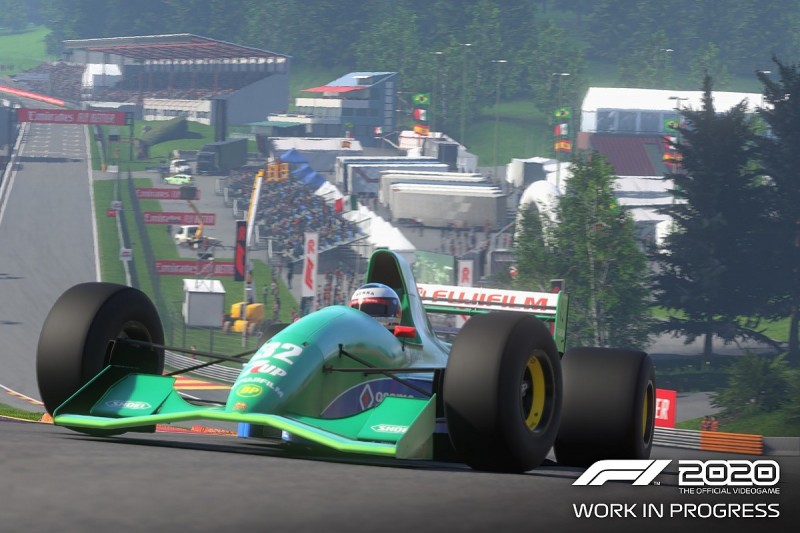