Jenson Button says Formula 1 is now "the way it should be" thanks to 2017's new regulations, but he insists his career is over after his one-off outing in Monaco

Button replaced Fernando Alonso at McLaren to allow the Spaniard to compete in the Indianapolis 500, where he was a contender for victory on his IndyCar debut until his Honda engine failed in the closing stages.

The 2009 world champion, who had not driven the 2017 car before practice on Thursday, qualified ninth in Alonso's place, but was forced to start at the back of the grid due to an engine penalty.

His race then ended in a collision with Sauber's Pascal Wehrlein, for which he was given another grid penalty that he is unlikely to have to serve.

While Button is unsure he was able to take his car to the limit, the Briton said he had enjoyed the faster breed of car around Monte Carlo.

"All I know is that I went a lot faster than I did last year and it was a lot more fun as well," said Button.

"I must say that I was a little disappointed when I heard about the new regulations in terms of weight of the car going up, but this is the toughest circuit for a heavy car and it is very nimble around here.

"It's so much fun to drive, and Formula 1 has definitely moved in the right direction with the regulations.

"It's very exciting for the teams also to find big chunks of speed and lap time and downforce. That's the way F1 should be." 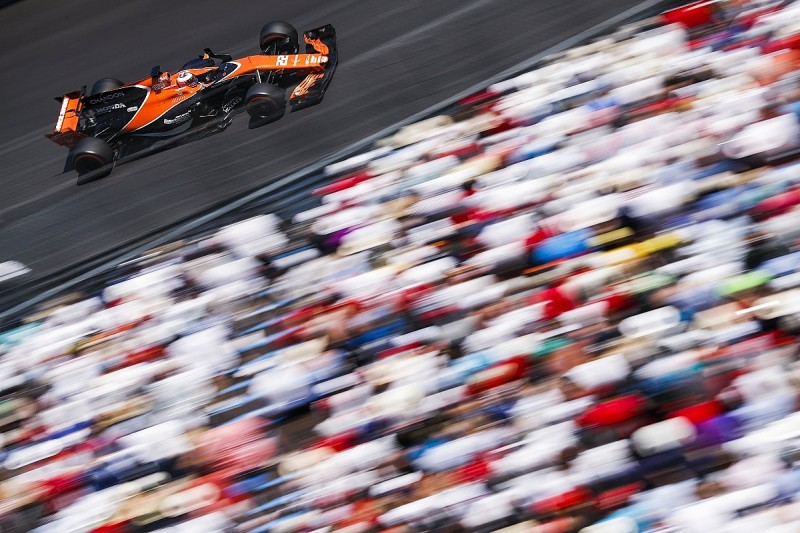 Button made it clear he has no plans to do any more Formula 1 races after his Monaco outing, which he said was too hard to turn down.

"I was [done with F1] in November," he said. "But if any of you were asked to race in Monaco, you would, right?

"Saturday was a lot of fun. The race was a bit annoying, but it's my only race of the season.

"It's definitely not the plan for me to race again this year in Formula 1. In other categories possibly yes, but not in Formula 1.

"I've got my own things I'm enjoying away from the sport at the moment and I need to fully focus on them to achieve what I want to achieve."