Ex-Formula 1 supremo Bernie Ecclestone has bought the McLaren with which Ayrton Senna won the 1993 Monaco Grand Prix for over €4.1m

Chassis MP4/8-6, which came complete with the actual Ford HB engine and gearbox used in Senna's historic sixth win on the streets of Monte Carlo, went under the hammer at a Bonhams auction in Monaco on Friday evening for €3,650,000. After the buyer's premium was added the final price paid by Ecclestone was bumped up to €4,197,500.

It's one of the highest prices ever paid for a modern F1 car, although a 2001 Michael Schumacher Ferrari went for $7,500,000 at an RM Sotheby's contemporary art auction in New York in November.

Ecclestone has a huge collection of historic F1 cars, having kept many of his Brabhams and bought others in auctions over the years.

Very few Senna-era McLarens have ever left the team's Woking base, other than those given to Honda. 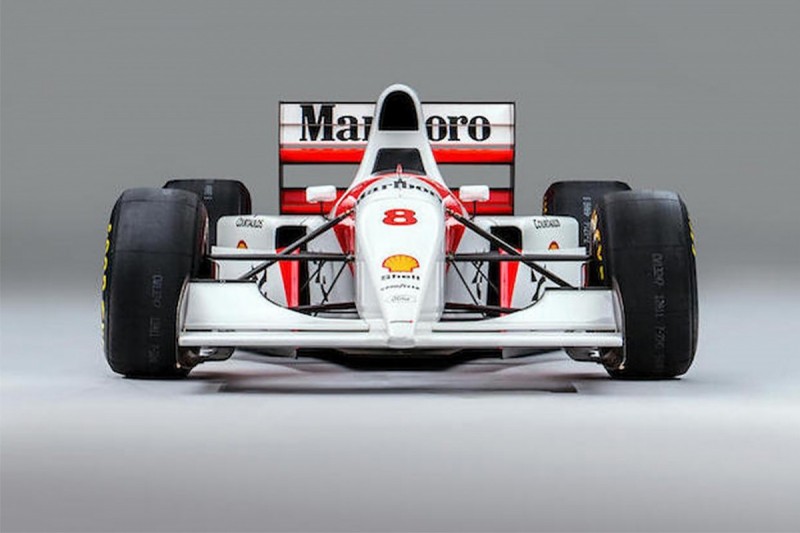 The appeal of the 1993 model was not just that it was the Brazilian's last, its Ford engine makes it a much more practical proposition than a Honda-engined car, which would be impossible to run without factory assistance.

The car was among a batch that were sold by McLaren just over a decade ago, and was being sold by racer and car collector Aaron Hsu, who has owned it since then.

Apart from its iconic Monaco win, MP4/8-6 also logged fourth places at Magny-Cours, Hockenheim and Spa and a fifth at Silverstone, where Senna was running third until he ran out if fuel. He also raced it in Montreal and Monza, and it was his spare car at Suzuka and Adelaide.

Aside from an ex-Michele Alboreto Ferrari F1/87, the other F1 car offered in Friday night's auction was Senna's 1984 Toleman-Hart TG184, in which he finished second in that year's Monaco GP, and third at Brands Hatch. That sold for €1,610,000, including premium.