Sauber will field an all-new line-up next season after confirming Italian Antonio Giovinazzi will partner Raikkonen, with Ericsson moving into a third-driver role.

Raikkonen's surprise move was announced prior to the Singapore Grand Prix and Ericsson, whose non-racing role was confirmed immediately after Giovinazzi's race drive, said that was a sign that his own hopes had faded.

"I think when Kimi signed that was bad news for me," Ericsson said.

"I was still hoping. Over the past weekend I got the information that Antonio had signed in the other car.

"Me and my managements were looking around a little bit but we decided to continue with Sauber and the relationship there, which we think is important."

Ericsson is 18th in the championship with six points to his name, nine fewer than team-mate and 2019 Ferrari driver Charles Leclerc. 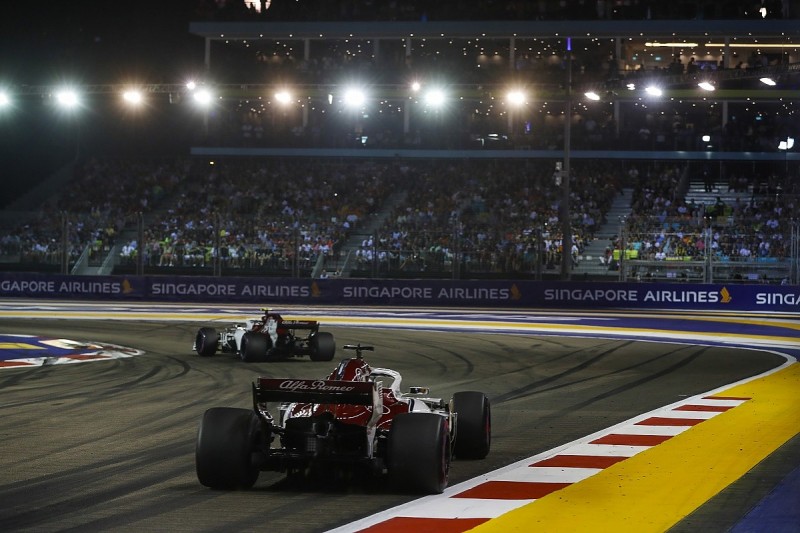 He has started 91 grands prix, 16 with Caterham and the rest with Sauber and scored a best finish of eighth.

Ericsson could have lobbied for a seat at Williams, which has not confirmed either of its 2019 drivers and would benefit from the Swede's backing.

However, Ericsson's links to Sauber's ownership make staying with the Swiss team a logical choice as he is targeting an immediate return to the grid in 2020.

"My goal is to still come back to F1," he said. "For 2019 that is not going to happen, but hopefully after that there will be possibilities to come back."

Ericsson suggested immediately after the news that he would look to combine his reserve-driver role with a drive in another series, to avoid being absent from racing entirely. He said he has not explored that properly yet.

"It is obviously disappointing to be not racing, it is all you want to do," he said. "It was not good news for me.

"I am happy to be able to continue my relationship with the team, but I want to race still.

"I am looking at different options to somehow keep doing that, in what series and what it could be.

"It is still a bit early, this news is quite fresh. I need to look at my options."