Reigning Formula E champion Nyck de Vries thinks the chance of landing a Formula 1 drive is currently “out of my hands” amid links to a Williams seat.

De Vries made his first F1 race weekend appearance on Friday when he took part in opening practice for the Spanish Grand Prix at the Circuit de Barcelona-Catalunya.

The Dutchman finished the session in 18th place, but managed to outpace full-time Williams driver Nicholas Latifi by one-tenth of a second despite having just two-and-a-half hours of simulator running to prepare.

De Vries was linked with a drive at Williams for 2022, having won last season’s Formula E title for Mercedes to add to his Formula 2 crown from 2019. He ultimately missed out on the seat to Alex Albon, who has made an impressive start to life at Williams, scoring three points in the opening five races.

Albon’s performances have led to speculation about Latifi’s future, including a claim in the Canadian press he was set to lose his seat to de Vries that was quickly retracted.

De Vries is thought to be a candidate to race for Williams next year should the team opt to drop Latifi, whose contract is up at the end of the season.

Asked if he understood from what Williams had said to him that he was under consideration for a race seat, de Vries replied: “We all just kind of focused on this outing first before we even talk about the future.

“But that’s a little bit out of my hands. I think for me personally, it was most important to do a good job here, not only taking future perspectives in consideration, but more for me as an individual, I always want to do well.

“When you get such an opportunity, it’s not just about participating. You want to show what you’re worth. And I think I did a decent job. We’ll see what the future brings.” 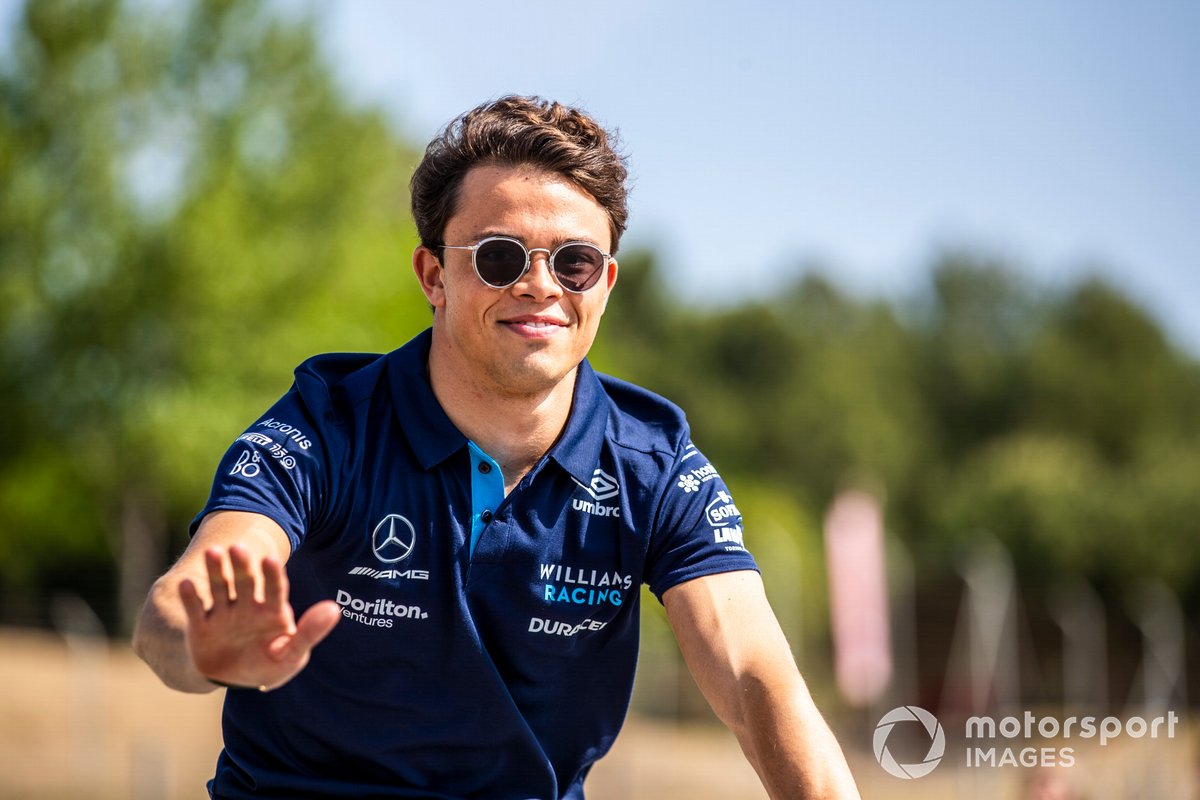 De Vries currently sits sixth in the Formula E standings as he bids to defend his title with Mercedes, who will exit the series at the end of the season. De Vries is also the reserve driver for Mercedes and available to the Mercedes-powered teams if required.

While de Vries’ stock appears to be at a high ahead of any potential F1 switch given his Formula E title and the FP1 opportunity, he said he was “not really seeing it like that”.

“I’m just seeing this as an opportunity and I’m grateful for the chance to get here. And who knows what the future brings? But ultimately that is not really in my control. So yeah, what can I do?”

De Vries is expected to make further practice appearances this year as all teams are required to field a rookie in at least two FP1 sessions through the season.