Some felt Red Bull was mistaken in promoting Kvyat, 20, to F1 straight from GP3.

The energy drinks giant has received similar criticism this year by choosing to make single-seater rookie Max Verstappen, 17, the youngest driver in the sport's history, and governing body the FIA will change the rules for 2016 to prevent drivers younger than 18 and without a legal road driving licence getting to F1.

The Russian said his performances prove that fears over inexperienced drivers being too young for F1 are unfounded.

"I can talk for myself and for me it has been quite fine," Kvyat told AUTOSPORT, when asked to respond to criticism that his progression has been too rapid.

"In the beginning, people were quite pessimistic about what I am capable of, but it turned out fine.

"I have never raced against Max, as he was too young for us to race together, but in the end he will be 17 when he starts, so that is fine."

Some drivers have suggested the current V6 hybrid turbo regulations, which have also reduced downforce levels, have made the cars easier for new drivers to adapt to, but Kvyat dismissed those claims given the lack of testing available.

"I wouldn't have minded a few hundred laps of testing, that's for sure - like some older drivers used to do," Kvyat added.

"It's not any easier and it's the same for everyone - you either have it or you don't. 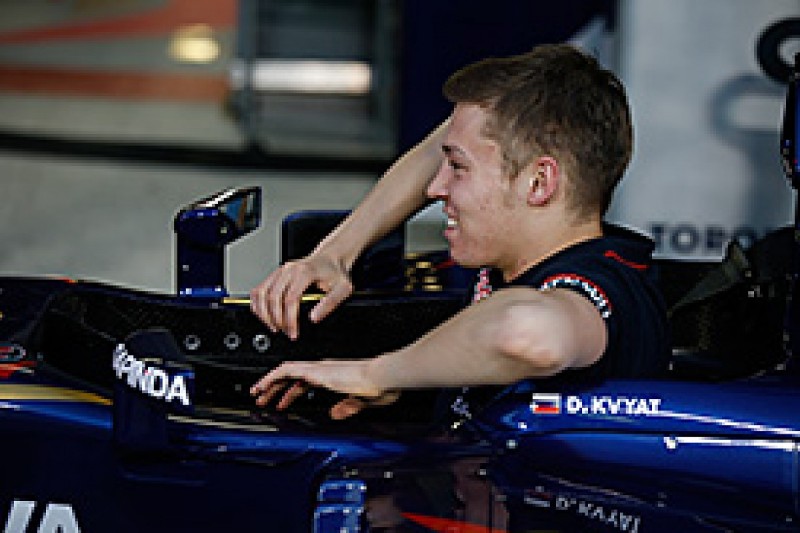 "For me, I didn't have any particular difficulties and there wasn't anything hard for me to get over."

The Russian said his GP3 title run-in in 2013, where he turned a 51-point mid-season deficit into a 30-point championship victory, had prepared him well for F1.

"My approach I had from GP3 has been working fine," Kvyat said.

"It helped me to win the championship and I was comfortable with it.

"People around me seemed to be OK with this approach as well, and since September last year I haven't changed much, just a bit of fine tuning and adapting myself to the new car and the new people around me.

"If you keep changing yourself and the way you act all the time, then you will find one day that it will not be fine.

"To have consistency you need to know what works and what doesn't.