Daniil Kvyat feels he "deserves" clarity from Red Bull over his future in Formula 1, after being dropped for Pierre Gasly recently then recalled for the US Grand Prix

After a frustrating 2017 campaign with Toro Rosso, culminating in crashing out of September's Singapore GP, Kvyat was benched to allow Gasly to start his first F1 races in the recent Malaysian and Japanese Grands Prix.

But Kvyat is not assured of staying at Toro Rosso beyond the US GP and wants clarity regarding the two-year contract he believes he still has with Red Bull.

"We will discuss these things behind closed doors, we will decide what's the next move for the future," Kvyat told reporters in the Austin paddock.

"I think I deserve this, to have clarifications, and we will get them together, one from another.

"I just do my job. I have a contract with Red Bull for further two years, I think.

"As far as I have this contract, I have to do [my job] as well as I can, and then if there are any other opportunities, we discuss it together and decide what is the best thing to move forward." 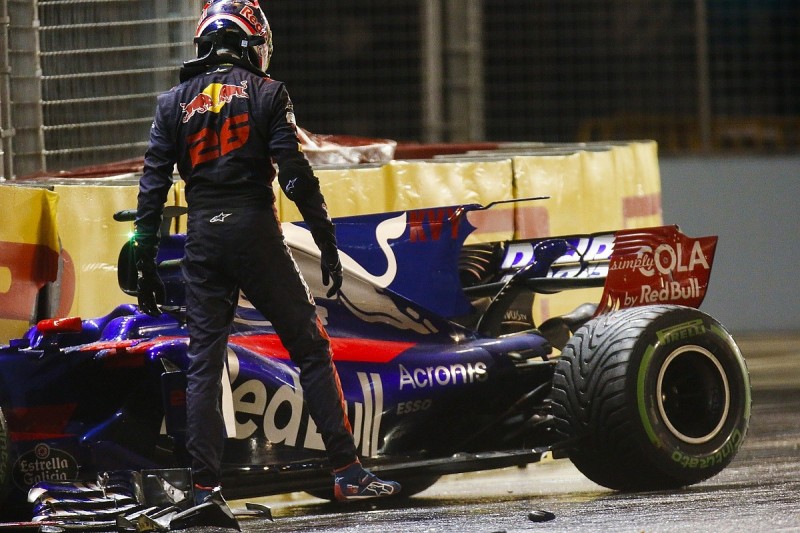 Kvyat said news of his post-Singapore demotion came "slightly out of the blue, because there was a lot of confusion regarding everything", but refused to discuss whether his treatment by Red Bull had been fair.

"I don't want to discuss this now," he said. "Talking about this will not help me to focus my mind on the weekend.

"That's all that matters. I want to put away all these thoughts about 'fair' or 'not fair', whatever.

"I don't think I was meant to be happy.

"Other than that, I think it wasn't actually a bad thing - I wasn't even too sorry to miss these two races, because they were quite bad for the team's performance, but, to be honest, you always want to race, no?

"I just have my work here, my car, I have plenty of new stimulations, motivations, and I want to use them to my best, to try to maximise my performance.

"I feel like there was a very big potential all the time, which has not been used this year very well, and I want to correct this."