The Australian says he was nearly four tenths of a second down after the first six corners but found time in the final sector to end up 0.429s adrift of polesitter Lewis Hamilton.

"It was a weird session," said Ricciardo. "I thought the last run in Q3 was pretty horrendous.

"I came out of Turn 6 and I was already nearly four tenths slower than my previous lap, so I was even thinking about aborting the lap because it was just nowhere.

"Out of Turn 1, the car started sliding and I couldn't really understand why but then we found a lot of time in the last sector.

"To be four tenths off pole with what I thought was probably one of the worst laps of my qualifying career was pretty interesting.

"I didn't feel I drove my worst lap but in terms of how it all went, it was a terrible lap.

"In terms of the balance from Turn 1, it was messy and about trying to recover the whole lap."

Ricciardo said the team had not yet discussed an explanation for why the balance changed but he believes it is linked to the asphalt.

"The simple explanation I can give you now is that there are these low-grip asphalts, the new Tarmac we get at some of these places is just bloody confusing or tricky to get the tyres [right] on," he said. 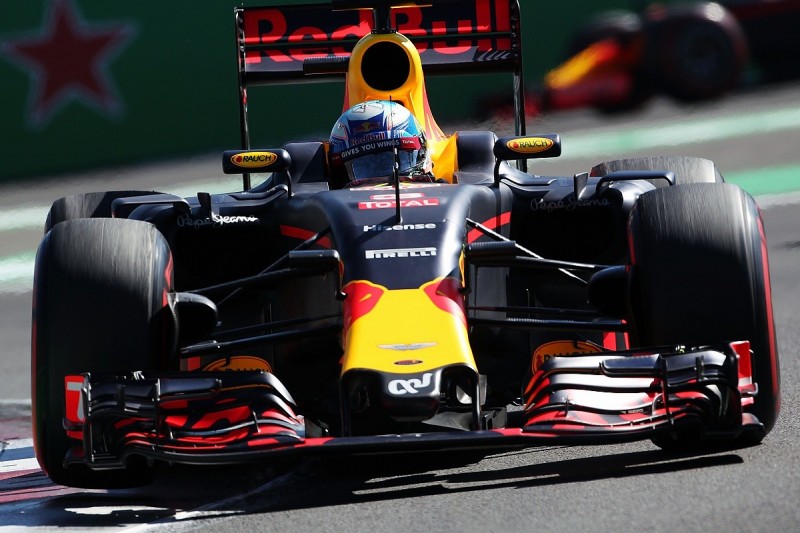 "Sometimes, you can put a lap together and in a way it feels easy and you just get lap time but then if you don't get the tyre switched on on this low grip Tarmac, it never comes."

As was the case at the last race at Austin, Ricciardo will start on the super-softs, while the Mercedes duo of Hamilton and Nico Rosberg have chosen the soft.

"Max [Verstappen] and I wanted the super-soft and the team was leaning towards that which is why we decided not to split it," he said.

"A one-stop here is tricky and we thought Mercedes would go on the soft.

"We think this will give us the best chance, maybe jump them at the start and force them to do something different.

"If it is a two-stop, all we're giving us is a faster tyre to start the race so I don't see it being a bad thing.

"If the Mercedes are able to go really long on the soft and do a comfortable one-stop, then OK maybe their strategy works out best."

Ricciardo added he thinks the super-soft is worth a gain of one grid position at the start if he and the cars in front make perfect getaways.