The Australian has driven for Red Bull's senior team since being promoted from Toro Rosso for the 2014 season, and his current deal runs until the end of next year.

Ricciardo has won five grands prix with Red Bull, including three in his first season as team-mate to four-time champion Sebastian Vettel, but Red Bull's engine supplier Renault has been third-best behind Mercedes and Ferrari in the turbo-hybrid era.

That has prevented Ricciardo and Red Bull from mounting a championship challenge and the 28-year-old said his concern is finishing his F1 career without winning a title.

"I went through that impatient phase for sure, and I am still bordering that - because I don't want to leave F1 without a championship," Ricciardo told Autosport at an event promoting his Ricciardo Kart venture.

"At least right now, I still believe I can do that, absolutely.

"I am looking for it - sooner rather than later.

"I thought we would be in with a really good shot this year, but it hasn't turned out like that.

"It really needs to happen with Red Bull next year - at least from my point of view.

"I've been here for quite a few years now and I think next year we need to make a bigger step next year than we did this year, to really convince me that I can win with them."

Red Bull backed Ricciardo throughout junior single-seaters and he made his F1 debut after being placed at the HRT team mid-way through the 2011 season. 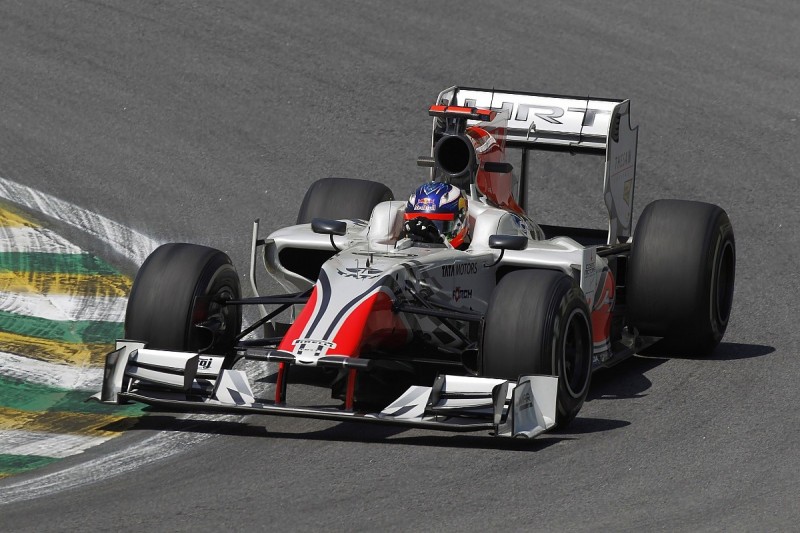 Two full seasons with Toro Rosso followed before his move to Red Bull Racing, and Ricciardo said winning a title would "complete the story".

"Do I want to win with them [Red Bull]? Absolutely," he said.

"Seb [Vettel] got to complete it - he is the only guy.

"So, my heart would love to. But we will see.

"I want an opportunity to be able to win week in and week out, while I believe I am still at the top."

Ferrari has only committed to Kimi Raikkonen for 2018 and Mercedes only has Valtteri Bottas, whose contract extension was announced on Wednesday, and Lewis Hamilton signed up until the end of next year as well.

One of the factors behind that is believed to be Ricciardo's availability for 2019, and he said his next move was "unlikely to be for just one year - it is probably three years".

"I have got decisions to make once my Red Bull contract is up," added Ricciardo.

"It is the first time in my professional career that I've been a free agent.

"I've been with Red Bull since the start and it has been awesome.

"But it is up to them as well if they would want to continue, and then it is a decision where I think it will be best."