Williams is not "in a spiral of decline" or "on its way out" of Formula 1, according to deputy team principal Claire Williams

After five races of the 2018 season Williams is last in the constructors' championship with just four points, thanks to Lance Stroll's eighth place in Azerbaijan.

Williams finished third in the teams' standings in 2014 and '15 and fifth in the following two seasons, but a big overhaul of its car design has led to a significant drop in form.

Claire Williams told Autosport that the process of rebuilding from this difficult start would "define" the team.

"When you are winning it's fantastic and when you are not then you have to re-organise and regroup, and it's always about how you cope with those challenges," she said.

"At the moment there is a huge spirit within Williams to get this fixed.

"People can tune in and they can see our performance on the TV and then think: 'What on earth is going on at Williams?'

"But anyone who thinks that Williams is on its way out or in a spiral of decline or any other analogy you want to use, would be very wrong."

Chief designer Ed Wood has since left for personal reasons, but Williams said its rebuild is not finished.

"Tenth is nowhere near where we want to be, but sometimes you need to almost have that kind of dose of reality to set yourself a different course and move forward," she said.

"And we will. Everyone needs a bit of patience to allow us to do that."

Williams, which has won 114 grands prix and nine constructors' titles in F1, came under fire for partnering rookie Sergey Sirotkin with second-year driver Lance Stroll, both of whom come with significant backing. 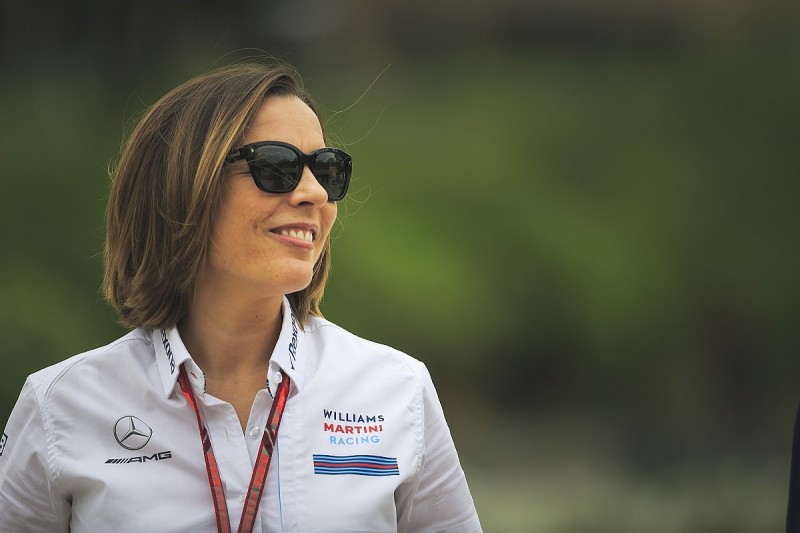 The team will lose its title sponsor Martini at the end of the year and Williams admitted it was "not particularly helpful" to have poor results as it seeks a replacement.

But she pointed out that its Martini deal started in similar circumstances, with its peak in 2014, the first year of the arrangement, following a dismal '13 season in which Williams finished ninth with five points.

"We were very lucky that they decided to partner with the team back in 2013, when again we were ninth," said Williams.

"Sometimes [brands] will take a gamble and partner a team that may not be doing so well.

"It is a hugely positive story that you have of a team that is fighting to reclaim former glory, or to make its way back up the grid.

"That's what we need to focus on when we're out there telling the Williams story.

"I'm not sat here overly worried about our prospects of getting partners onboard for 2019."