Charles Leclerc says he questioned the Ferrari Formula 1 team's decision not to send him out again in the closing minutes of Monaco Grand Prix Q1, before his surprise exit

The Monegasque driver was knocked out of qualifying for his home event by a run of late improvements from rival drivers, culminating in his team-mate Sebastian Vettel pushing him down to 16th.

Leclerc was unable to respond because Ferrari elected to keep him in the pits in the closing minutes, something he said he could not understand.

"I asked whether they were sure [of making Q2], they told me 'we think we are'," Leclerc told Sky.

"I said shouldn't we go and get out again?' But there was no real answers.

"I didn't have any explanations yet in detail. A very difficult one to take."

Although Leclerc lost some time in the session by missing a weighbridge call, which required him to be pulled back for the checks, he insisted that was not a factor in him missing the slot to get back out on track.

"Actually we had plenty of time even when we went out of the box to go out again," he said.

"The weighbridge wasn't the problem.

"We still had the fuel to go again and only change tyres.

"I need some explanations, I don't know for now." 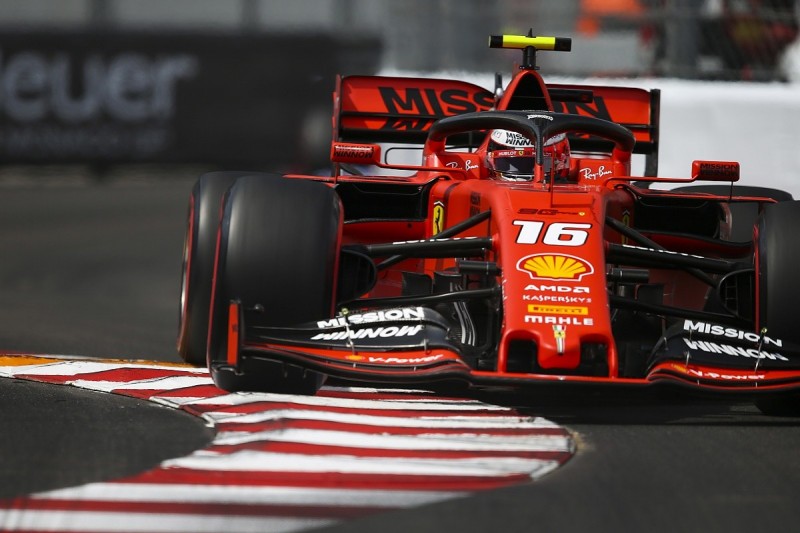 Leclerc said starting from 16th on the grid meant his only option if things stayed dry on Sunday would be to adopt an aggressive approach.

Asked for his hopes for the race, he said: "Hopefully rain and then there will be a bit of a lottery. If it's dry it's going to be boring.

"I'll have to take a lot of risks I think, even risking to crash.

"But in the end that's the only thing we need to do now - to be extreme in our overtaking because this is a track where it's basically impossible to overtake."