The FIA should take the lead in pushing through dramatic cost cuts in Formula 1 as teams will never agree a way forward that works, believes Caterham

Ahead of imminent discussions between teams, the FIA and the sport's commercial chiefs to frame plans for a cost cap, Caterham boss Cyril Abiteboul thinks the governing body should seize control of the issue.

He thinks that expecting teams to approve cost reduction plans, which could hurt their competitiveness, is wrong.

"Is it really the teams' duty?" Abiteboul told AUTOSPORT about whether or not the bigger teams should be left to sort out the sport's financial platform.

"I know everyone is complaining that the bigger teams should be less selfish, and that they should think about the interests of the sport - but put yourself in the shoes of their team principal. All he wants is to win.

"Whether or not Caterham is here and can be competitive, he doesn't care. So I think that everyone has to come back to what his priority is.

"I have my priority and agenda. Stefano [Domenicali] and Christian [Horner] have their own priorities, so I think it is really down to the governing body. If there is a problem it should be down to them to sort out.

"I don't believe in the teams to have the capacity to sort it out. Most of the team principals are employees, who also have to think about their own individual performance, and when it is not good enough they will focus on their own issues.

"It is difficult to be altruist. F1 is not a charity."

Abiteboul suggests that one of the factors that has hurt teams is the way that the prize money is distributed in F1, which has tempted some outfits to spend beyond their means to chase success. 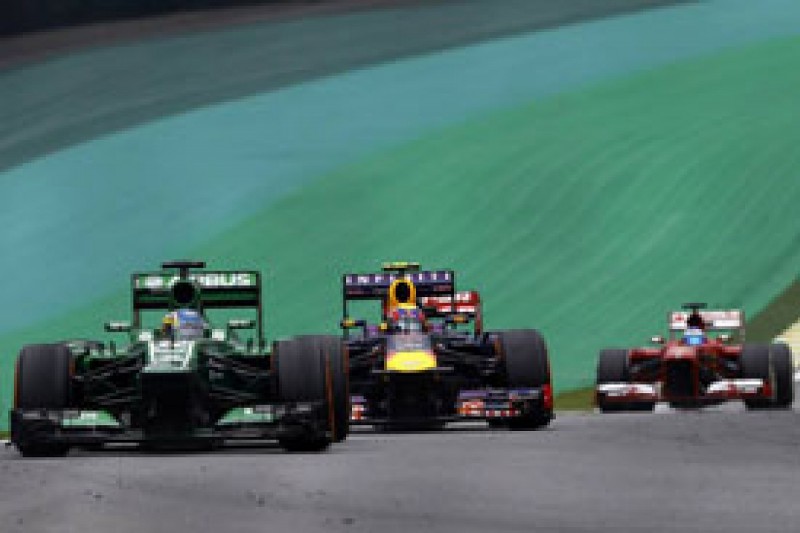 "You can encourage cost reduction through the way that you distribute revenue, but we are not going in that direction," he said.

"When you are in this business you are extremely tempted to over spend and over invest, and I believe that is the strategy of a team like Lotus.

"They want to be extremely successful in order to monetise and it comes at the cost potentially of their balance sheet. But can we blame them? No. They are just in the game.

"They are over enthusiastic about the racing element, the competitiveness of their environment. That is an approach.

"I think Sauber, for example, has a completely different approach in making sure it only invests in what it has. It is two different business strategies."

Formula 1 drivers admit they are clueless over 2014 formbook