Toro Rosso Formula 1 driver Carlos Sainz Jr says he cannot explain his heavy crash in Japanese Grand Prix practice, but accepts it was his own fault

Sainz ran wide out of the hairpin during the opening Suzuka session and speared back across the track into the barriers.

The impact caused a long red flag period, but Toro Rosso was able to get Sainz's car repaired in time for the final part of the wet second session.

"It was one of those accidents where you don't have an explanation," said Sainz.

"It was a mistake for sure from my side, and something I will obviously not like in the future to repeat.

"The mechanics fixed it in one and half, two hours.

"They did an amazing job and congratulations for that, it shows the commitment they have, and I really appreciate it." 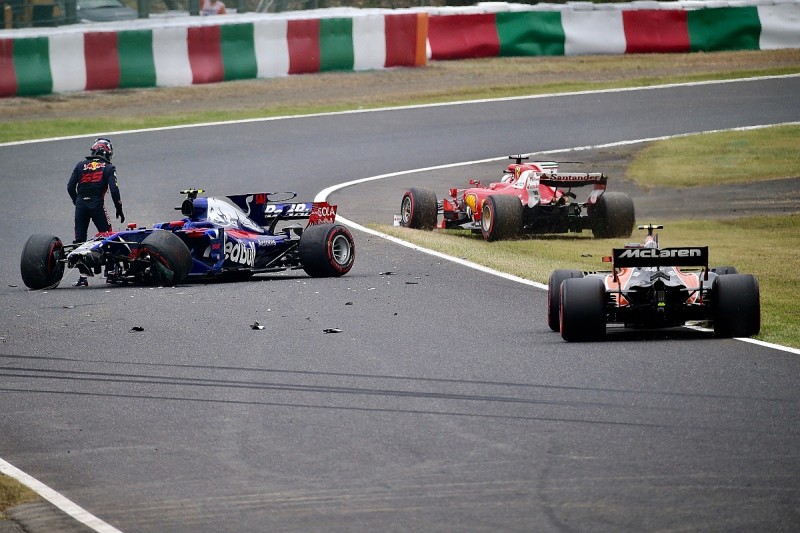 Sainz already knows he is likely to start at the back having picked up a 20-place grid penalty for engine component changes.

"I knew a while ago, and I knew also my Saturday will be compromised because of that," he said.

"I will have to try and save some tyres for the race, to have the fastest race possible, so tomorrow is a not a normal day for me in that regard, working on long run preparation, working towards the race, because it doesn't matter where I qualify, I will start last.

"We based it a bit on our last year's performance," he said.

"We knew that Suzuka was probably our weakest track.

"Anyway we were forced to do it because of the issue we had in Malaysia.

"We realised that we didn't have any more parts to put in the car.

"I'm pretty sure I will face some more penalties, unfortunately."

How F1 is creating its secret stars of the future