Masi was roundly criticised for his handling of the late safety car restart in the 2021 Abu Dhabi Grand Prix, which resulted in Mercedes driver Lewis Hamilton losing the race lead and the world championship to Red Bull rival Max Verstappen on the final lap.

Masi permitted the lapped cars between Hamilton and Verstappen to pass the safety car, but kept those behind Verstappen in place.

Mercedes announced its intention to appeal the Abu Dhabi race outcome after its post-race protest into the safety car procedure was rejected, but subsequently decided to withdraw this following the FIA's move to launch an internal review.

Hamilton has not spoken about his future since a brief interview in the immediate aftermath of the race, with Mercedes F1 boss Toto Wolff revealing last month that both he and Hamilton were “disillusioned” with F1.

The FIA released its first statement on the matter since the appointment of Mohammed Ben Sulayem as president on Thursday, stating that its analysis of what happened in Abu Dhabi will include a focus on the usage of the safety car.

Amid speculation over Masi's future, Sky Sports F1 pundit Brundle said removing him would not solve the problems F1 faces.

"What I absolutely know for sure is that changing Michael Masi will not fix the problem," said Brundle, a veteran of 158 grand prix starts between 1984 and 1996.

"This is way too big a job for one person to handle this in a 23-race season, it's only going to grow.

"Back in the day with 16-18 races for Charlie [Whiting, Masi's predecessor] and Herbie [Blash, Whiting's assistant], Charlie used to start the race and Herbie was effectively the race director until Charlie got back from the starting rostrum down near the grid.

"They had it all under control, but it's just growing exponentially so Masi if he stays needs a lot of support around him and I suspect that's what they're looking at, at the moment.

"And who would actually want to step into his shoes right now?" 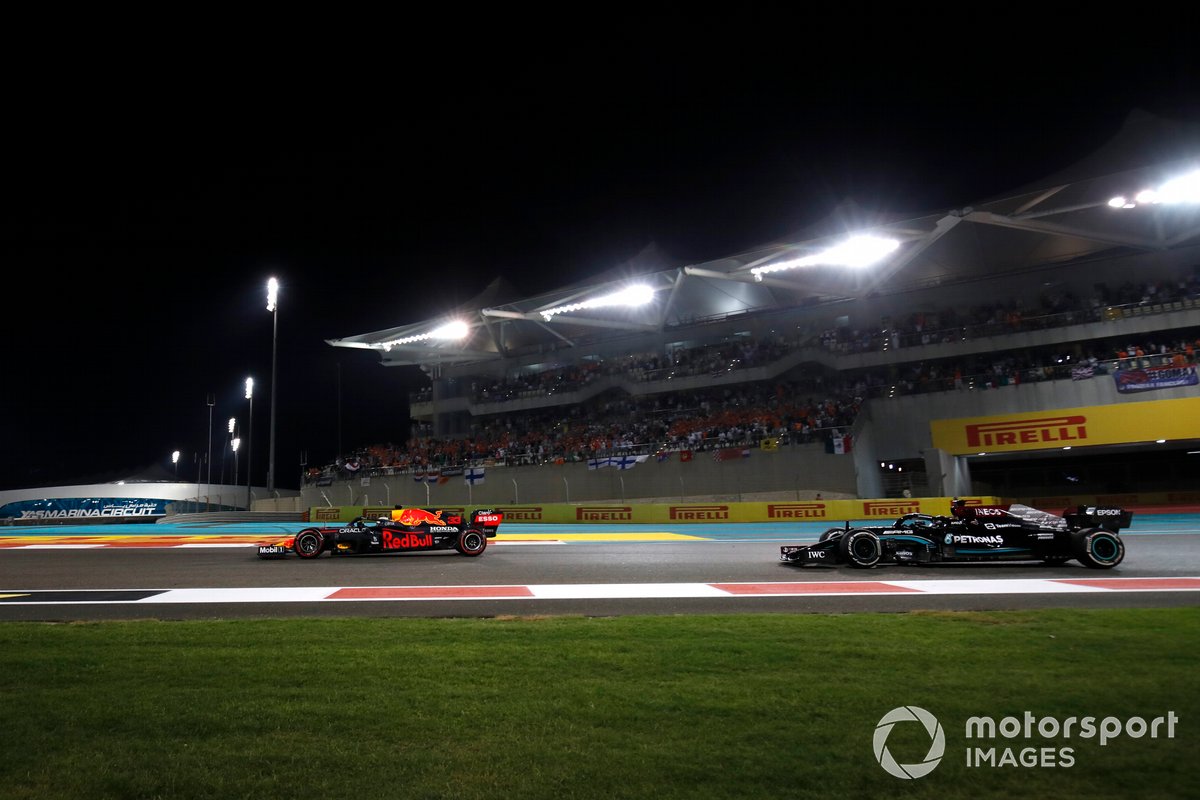 Brundle added that Masi has "only got one life left" if both he and the FIA wish for him to stay on.

"I think he's done too much damage to Formula 1," he said.

"The position that he's in, you've got to have trust, and I think that trust has completely and utterly evaporated.

"The problem is who do you replace him with? Because obviously experience is going to be very important for the man who slots into that position.

"Michael was very fortunate, he was underneath Charlie Whiting when Charlie was head of it and he learned a lot of good things from that point of view.

"Is there anybody that stands out for me at the moment to replace him? No. and that is the conundrum."