Davide Brivio says it was "not easy" to leave Suzuki's MotoGP title-winning squad to become Alpine's Formula 1 racing director, but thought he would regret not making the move

As part of the overhaul of the Renault works F1 squad and rebranding as Alpine for 2021, the team announced a new leadership structure in January, with Brivio becoming racing director.

Brivio had worked at Suzuki since 2013, overseeing its full-time return to MotoGP in 2015 before leading its world championship victory with Joan Mir last year.

Brivio called the decision to leave Suzuki "difficult" at the time, but has openly spoken about the decision to join Alpine for the first time at the launch of the team's 2021 A521 F1 car.

"Of course, it was not easy to leave my old team, an environment which I knew very well," Brivio said when asked by Autosport about the decision.

"Formula 1 has been for me a dream for a long time, and it's very exciting for me to start something completely new, and to get into a new environment. 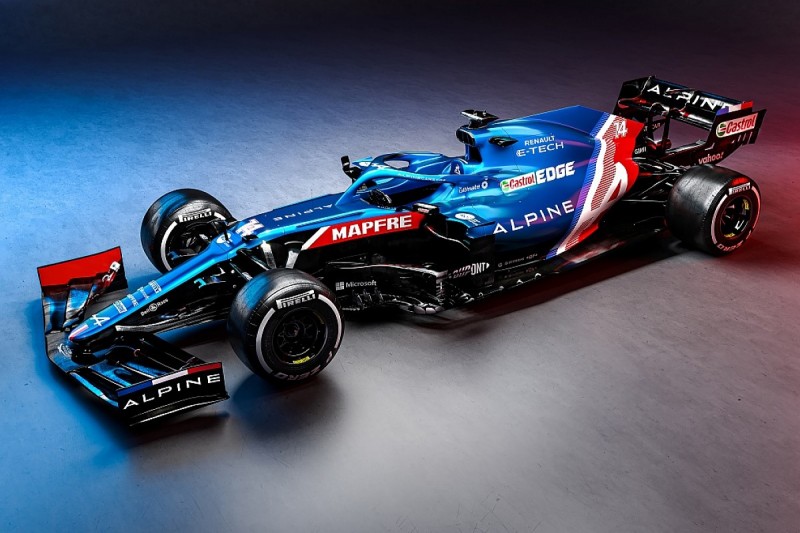 "It was an opportunity which I felt I had to take. Probably I would have regretted it if I would not have taken it. So now here I am, and I will try to do my best, and I hope I can contribute something to the Alpine Formula 1 team with my experience.

"It won't be easy, I need some time, but I'm fully committed to try and get involved as best as possible."

Brivio is set to jointly run the team with executive director Marcin Budkowski, with the pair taking over following the departure of long-serving Renault F1 chief Cyril Abiteboul.

"I will be in charge of the track operations and activities, so everything happens on the circuit," Brivio said.

"Our job as a race team is to exploit the full potential of the car. In Enstone, there is a big pressure and big responsibility because we have over 1,000 people between Enstone and Viry preparing the chassis, the car, and the power unit.

"We will be a much limited number of people at the race track, but there is where we have to extract the full potential of the car. So I will be in charge of that.

"And of course I'm not an engineer, but I have to try to make sure engineers, mechanics, the drivers, all the people involved, they have all they need to perform at the very best.

"In this way, if we are able to have a strong team, which is already in place, we will be able to extract the full potential of the car."