Bottas's benchmark from the morning was beaten around 15 minutes into the afternoon session at Silverstone, as Hamilton posted a 1m28.780s on soft tyres before quickly improving to a 1m28.543s.

That put Hamilton a full six tenths clear of the field, led by Ferrari's Kimi Raikkonen, until Bottas switched from mediums to super-softs at the 30-minute mark and set a new best of 1m28.496s.

When Hamilton took super-softs, he ran off the track at Chapel and told his engineers he feared he had damaged the car in the process. His soft-tyre time still kept him in second place.

With teams shifting their focus towards longer runs for the latter half of the session, Bottas's best effort stood as the quickest time of the day.

Raikkonen was third-quickest, going 0.338s slower than compatriot Bottas on his super-soft run and 0.128 faster than the second Ferrari of Sebastian Vettel.

There was late drama for Raikkonen when he suffered a moment of snap oversteer at Becketts and span into the gravel, although he got going again without outside assistance. 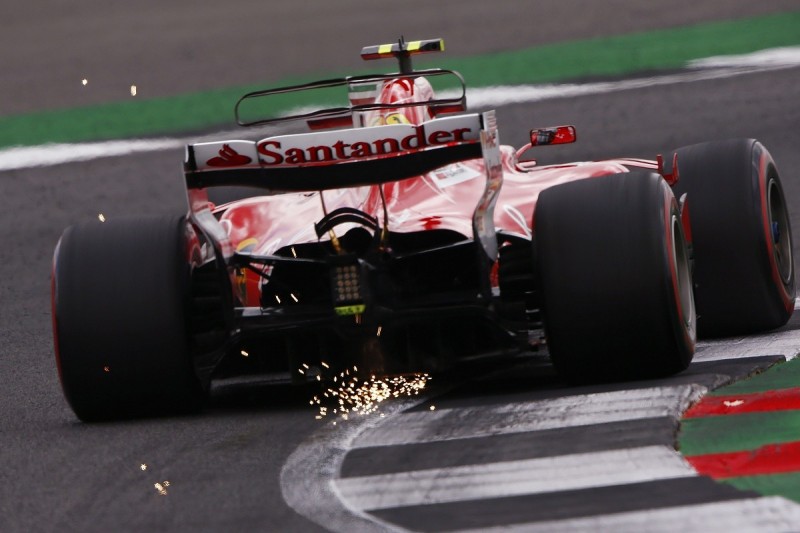 Max Verstappen was best of the Red Bull drivers in fifth, 0.602s off the pace on super-softs, while team-mate Daniel Ricciardo was sixth, nearly half a second down on the sister car on the same tyre.

Massa also attracted the attention of the stewards for impeding Verstappen, having passed the Red Bull driver around the outside at Club while both drivers were on long runs.

Carlos Sainz Jr had a major off-track excursion at the Maggotts/Becketts complex at the very start of the session, which consigned the Toro Rosso driver to the pits until the final 40 minutes.

He emerged to set the 11th quickest time, ahead of team-mate Daniil Kvyat in 12th.

Renault's Jolyon Palmer also had a spin at Brooklands, ending up 18th ahead of only the two Saubers.