Formula 1 had the right balance of good and bad races over the course of the 2022 season, believes outgoing chief Ross Brawn.

Following the first year of action of F1's new regulations, with ground effect cars aimed at improving the racing, the season witnessed a varied mixture of grand prix entertainment through the campaign.

And while there were some thrillers, including the Brazilian and United States Grands Prix, there were also some lacklustre events, like the boring Mexican GP and the far-from-thrilling races in Azerbaijan and Italy.

Brawn, who is leaving his position as managing director of motorsport at F1, thinks that there was no reason to feel alarmed that not all of the races were brilliant.

He thinks that there are actual gains from F1 sometimes delivering processions because it makes people appreciate the better races more.

"I think it's degrees, isn't it?" he said when asked by Autosport if there was any worry about the new rules not delivering consistently good races.

"I'm a bit old-school and I sort of feel if you had a brilliant race every weekend they'd become normal. And we need a sort of average race to remind us how good the good ones are." 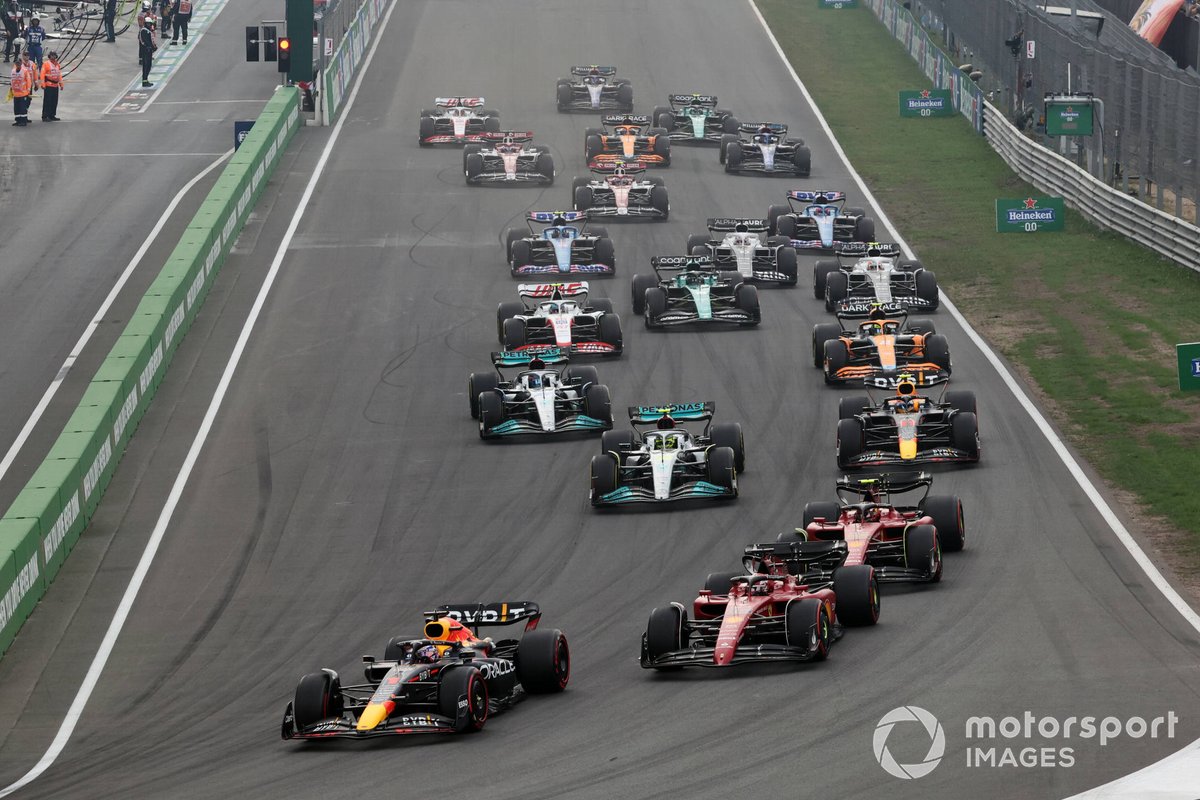 Brawn suggested that in life there are downsides to being spoiled by too much of a good thing, which is why sometimes it is important to be reminded of things that are not the best.

"I'm a wine enthusiast and a very good friend of mine reminded me you should occasionally have some supermarket plonk to remind you how good your good stuff is," he said.

"It's not that there's anything wrong with supermarket plonk, but it's just to get your references. And if you have spectacular races every weekend, I wonder…

"But there's not been many [bad races] have there? Monza was a bit dull, wasn't it? It's a blur. But I can remember we had some great racing in Brazil – that was great. Austin was great. It's more the majority. I think the majority are great races and that's what we want.

"If we can have a majority, people will watch through. And even races that look like they're going to be a bit mundane suddenly burst into life with a safety car. Suddenly they're all there, they can race again. So, I think it's been a good balance, actually, in terms of exciting races and I'm pleased."