Bottas failing to warm up his tyres sufficiently in Q3 last time out at Imola meant he slumped to eighth on the grid and further struggles with retaining tyre temperature in the Emilia Romagna race meant he was lapped before half distance, just before he was eliminated in his enormous accident with George Russell.

The issue of good tyre warm-up has been a central theme to the Portimao weekend so far, with drivers across the field struggling on the smooth, low-grip surface. But Bottas was able to put his previous troubles behind him to claim his 17th F1 career pole, ahead of team-mate Lewis Hamilton in Q3 on Saturday.

The two Mercedes drivers did still have tyre temperature drama late-on, as they failed to recapture their Q2 pace on the medium tyres for their final runs in Q3, which Bottas said was perhaps down to "the wind [picking] up in the last run and I couldn't quite get the temperature [again]".

"It's a good feeling to be on pole," Bottas said after climbing from his W12 in parc ferme.

"It feels like it's been a while. It was nice to get a good qualifying – it's been the weak point for me in the first two races, [with] getting the tyres to work.

"Again this weekend we've been working hard and it's nice to see it's paying off and puts me in a good position for tomorrow."

Speaking later in the post-qualifying press conference, Bottas said the result "certainly put a smile on my face".

He added: "Because in the first two races of the season, the qualifying really from my side hasn't been, at least in the Q3 session, the strong point. 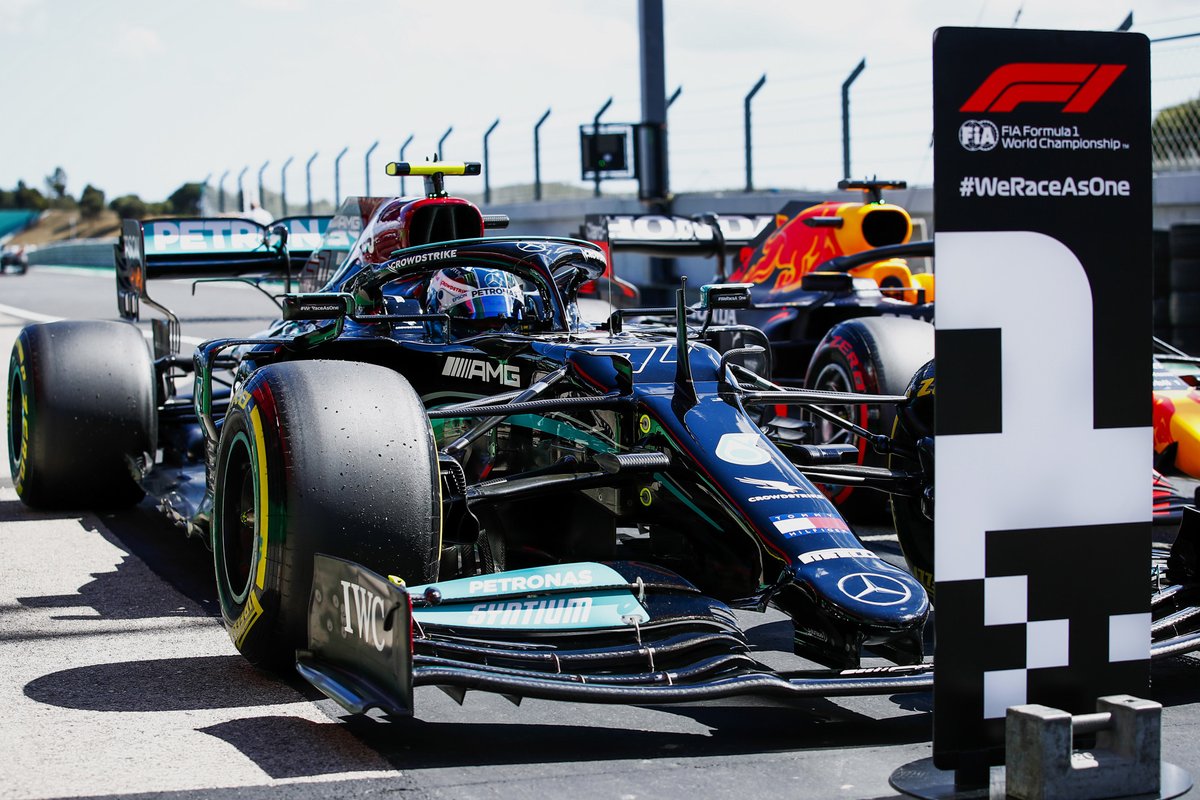 "Getting everything out of the tyres and for the tyres to work well has been a bit of a weakness.

"But now it felt like things were starting to go in the right direction. I've been feeling strong all weekend, so I knew it was possible, and definitely makes me really happy to put it together in Q3 and be on pole.

"As a team as well, with the pressure and with the battle with Red Bull, it's good to be ahead."

When asked what was behind his tyre warm-up breakthrough, Bottas replied: "Out laps, looking at those things – it's so much about tyres.

"And yeah, just also trusting your own work and set-up direction. Everything."