Bottas crashed heavily against the barriers after losing control of his Mercedes on the exit of the Turn 6 left-hander.

The damage was significant enough to prevent Bottas returning to the track, and the Mercedes driver admitted he prefers tracks like the Red Bull Ring, as it punishes drivers who go over the limit.

Bottas's comments come a week after track limits became a talking point during the French Grand Prix, most notably with Sergio Perez's penalty.

The Mercedes driver said: "It [natural track limits] makes a difference. Even though I crashed I do prefer to be penalised for the mistakes. It makes it more exciting.

"I think that is how it should be, and mistakes here definitely cost a lot with aggressive kerbs and minimal run-offs and everything."

"I'm not a big fan of tracks like Paul Ricard, where you do have those run-off areas," said Hamilton. 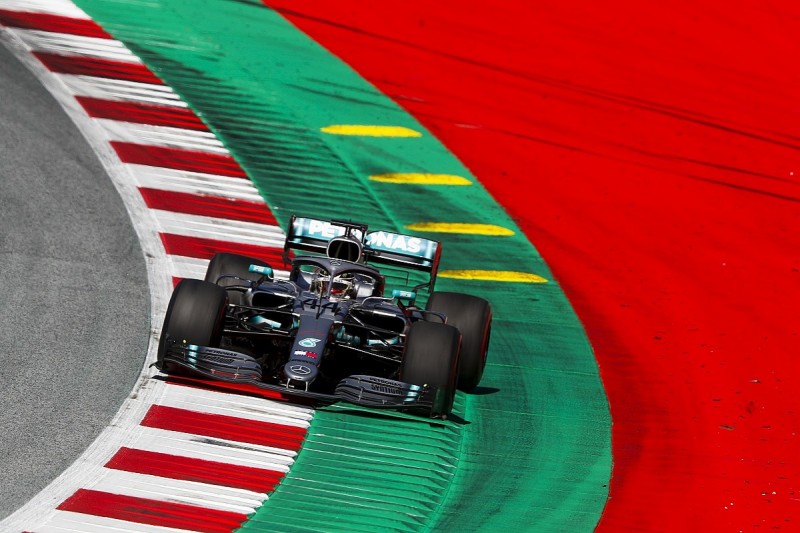 "I remember back in the day when I was driving at Spa, going through Pouhon and the outside was gravel, it was so scary. The smallest mistake and you can really damage the car.

"So, going back to a track like this where you do have gravel, the penalty's there and you're definitely more nervous about it.

"But also they've done it with quite serious kerbs on the exits of 9 and 10. That's positive. You shouldn't be able to run wide and come back on, easy-peasy."

Bottas, who managed to finish second in the afternoon despite the crash, confirmed he was OK.

He had also lost track time in the opening practice session due to Mercedes having to switch back to a previous-spec engine following an oil leak.

Despite his disrupted Friday, Bottas said he was confident he had found a good set-up direction for his car.

Bottas said: "That [engine change] compromised first practice a little bit but still found a clear direction on the car set-up and where to go, and made pretty big changes for FP2 and felt a lot better until I had the shunt.

"But before that, it was feeling quite nice. So overall a good feeling but other teams are quick as well."