Valtteri Bottas says he “lost count” of the number of set-up items he worked through during a recent simulator session to better understand Mercedes’ tricky new Formula 1 car.

Despite Lewis Hamilton's victory in the season-opening Bahrain Grand Prix, Mercedes thinks it is behind rival Red Bull in pace terms, and knows it needs to make improvements to its W12 in order to continue its unbeaten run of titles in the turbo hybrid era.

Balance issues, and a particularly tricky rear end hampered both Hamilton and Bottas in Bahrain, leaving Mercedes convinced that finding a set-up sweet-spot can help it make big gains.

That is why Bottas spent a good portion of time after Bahrain working in the simulator at Mercedes' factory, with the Finn explaining during Thursday's Emilia-Romagna Grand Prix press conference that the team now has“a good toolbox of what to choose from”.

“I actually went between the races to Brackley, to the simulator, and tried to work on the set-up, trying to find answers and trying to help the team as much as I can really to unlock the performance,” he said.

“I lost count on how many setup items we tried in the simulator. But at least coming here, I think we have good toolbox of what to choose from.”

Bottas says that Mercedes’ data suggests Red Bull’s main advantage right now is in high speed corners, while things are much closer in other areas of the track.

“It seems to be that Red Bull at the moment, in higher speed corners, they are quite strong,” he explained.

“Otherwise it's really marginal differences here and there.

“But Bahrain is its own type of circuit, and we'll see here, for example. The tarmac in Bahrain is really rough and low grip.

“Here it is much more grippy and less prone to the tyre overheating on this track, so we'll see how it is.” 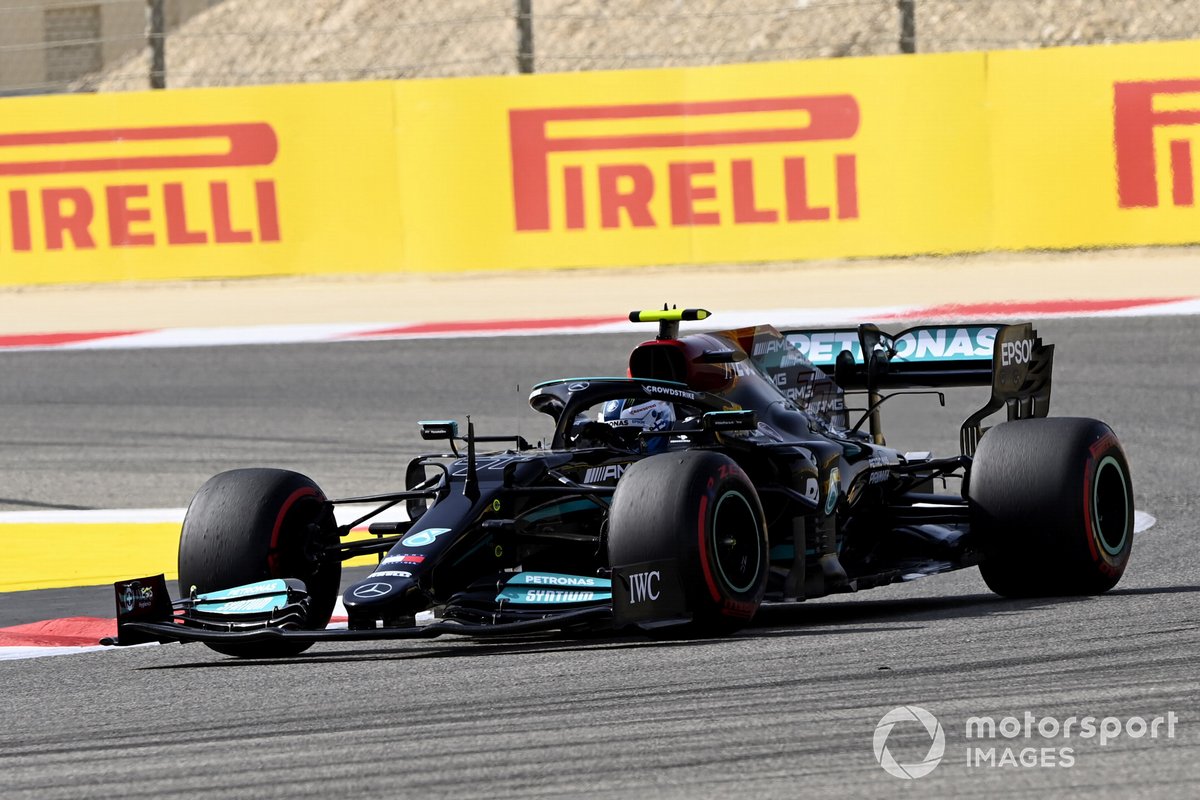 Hamilton acknowledged that Red Bull had “started off really, really well, with a great package”, but said the team's approach would not change now that it appeared to not be the fastest team.

“Nothing changes for us, we approach the weekend exactly the same as we always have,” he said.

“I think we’ve had multiple battles with Ferrari, with Seb [Vettel] when he was at Ferrari. I think we’ve just got to keep our heads down and continue to do what we do.

“We love the challenge, and as I said, it’s exciting for all of us that we do have such a challenge on our hands. It’s not one that we shy away from.”

Although Mercedes believes it has everything to play for against Red Bull, Bottas concedes the team may not get into a position where it will be able to dominate races as it did in the past.

“I think dominating a grand prix this year could be difficult, seeing the starting point, but you never know,” he said.

“But as I said earlier, we've only seen the cars on one track, and we've seen quite a big swing in performance track to track, so you never know.

“But I can't see anyone really dominating this year.”