With Mercedes opting to bring in protege George Russell as Hamilton's new team-mate, Bottas headed to Alfa Romeo where he will be the team's lead driver alongside Chinese rookie Guanyu Zhou.

The 32-year-old Finn says he is excited about the prospect of being the team's most experienced driver, a career-first.

"Alfa Romeo has a great heritage in the automotive industry and also racing, so driving for the brand is a big responsibility," Bottas said.

"And actually, for the first time in my career, I'm the more experienced driver of the team, I think it's about time because I'm starting my 10th season.

"So, I definitely feel like I have the responsibility to guide the team and help the team and giving everything I have."

While Alfa Romeo is famed for its excellent facilities in Hinwil, the team's smaller size is a far cry from the mammoth Mercedes team Bottas left.

When asked by Autosport to compare the two factories, Bottas said he was initially surprised at the reduced number of staff at Alfa Romeo but noted the team's compact size also has some advantages. 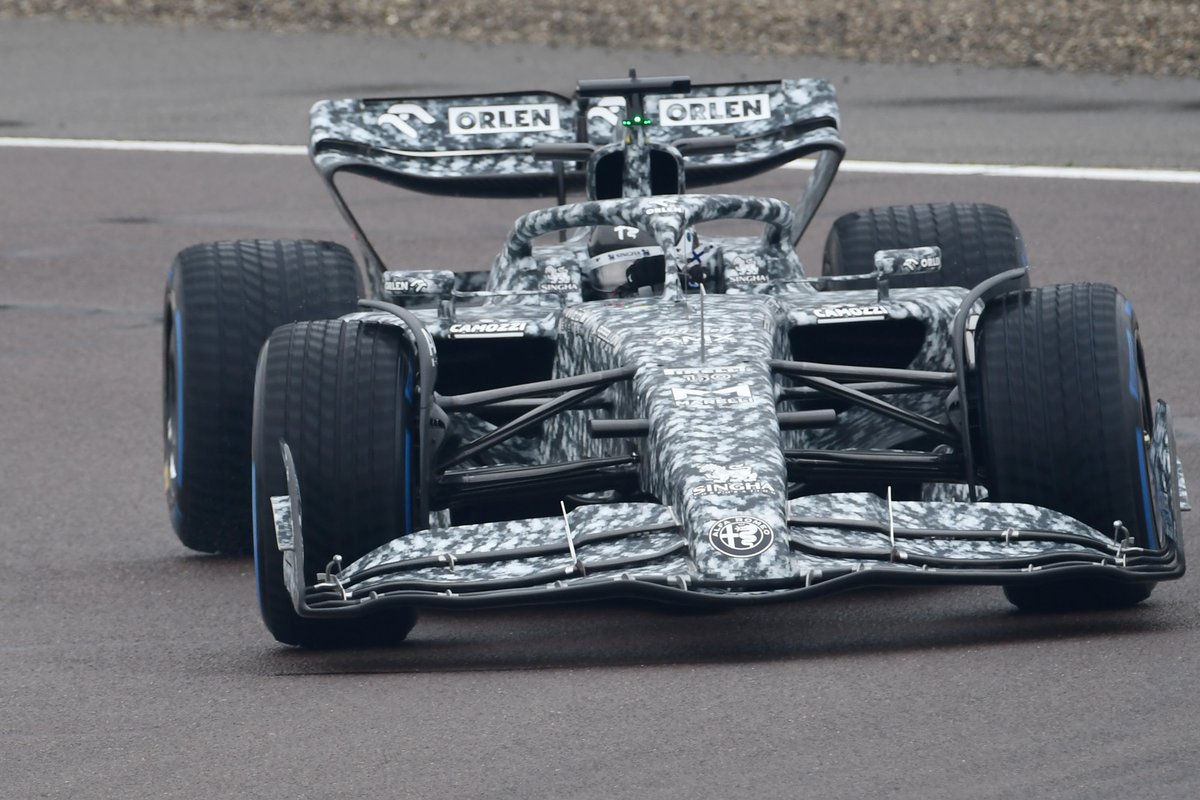 "Definitely it's a bit smaller, but I feel like it can also have an advantage in terms of how quickly you can react to different things.

"You don't need to go through 10 people, you can just go to one person and say what we need to do. So, it's nice."

One of the areas Alfa Romeo is trying to catch up on is its brand-new driver-in-the-loop simulator, which was acquired in 2019 but only started being used actively during the 2021 season due to operational delays related to the COVID-19 pandemic.

PLUS: Why 2022 progress is crucial after Alfa's year of F1 turmoil

Bottas admitted the simulator still needed some work to fine-tune the correlation with the real world.

"There is work to do and actually a lot of the sim work we've done, especially the first days, was all about trying to develop the simulator instead of actually testing the car properly," Bottas explained.

"With the new car, the work we've done has been only an estimation because I haven't driven the new car properly in dry conditions yet.

"After the Barcelona test we'll go back and we'll try to do some correlation work. The hardware and software are everything you need for a good simulator, but it still needs some fine-tuning."