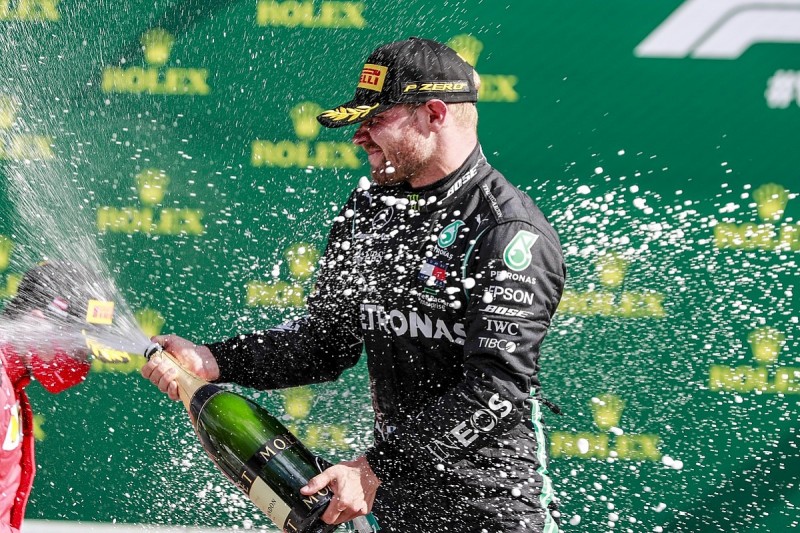 Bottas led all 71 laps of the race in Austria to score victory in the 2020 Formula 1 opener, but faced race-long pressure from Mercedes team-mate Lewis Hamilton, as well as managing recurring gearbox problems.

Mercedes' engineers were heard regularly warning Hamilton and Bottas to stay off the kerbs during the race, with the issue emerging early on.

"The situation was pretty serious, right away from the start," Mercedes team principal Toto Wolff said when asked by Autosport about the issues.

"We saw it started with issues on Valtteri's car, but it was something that can be an instant kill. Then it started on Lewis's car. We didn't really know what it was.

"We know that it was somehow linked to vibration and agitation of the car. That is why we advised them very early on to keep off the kerbs.

"At the certain stage, it looked like we would not finish the race with both cars. So we were trying to really cruise home."

Bottas felt comfortable in the lead until a succession of late safety car periods bunched the field, allowing the likes of Alexander Albon, Charles Leclerc and Lando Norris to all apply pressure from behind. 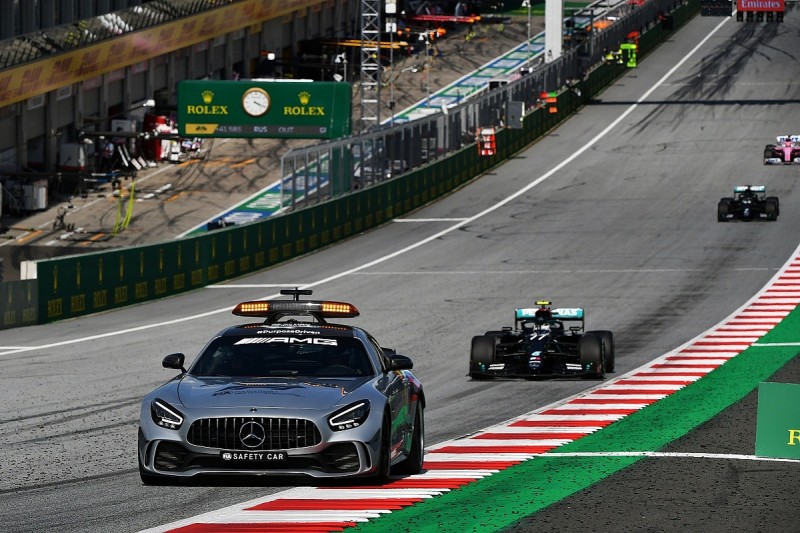 "The second stint, there was never like massive pressure, because I was in front and I could really make sure I could make it to the end. There were all these variables in the race.

"We had these issues with some sensors that were getting damaged by the vibration of the pretty harsh kerbs here, so I had to avoid the kerbing, which obviously costs quite a bit of lap time.

"When you're in the lead, one safety car after another, but the last one I was like 'come on, again?', because in the lead you just want things to be constant and trouble-free.

"There were many variables. I managed to dodge many bullets today and get the win."

Bottas was able to perfect the race restart each time to keep Hamilton at bay behind, but admitted he ran close to the safety car in the final return to green flag running.

"I think I'm starting to master the restarts on this track because I had so many today," Bottas said.

"But you always try to do something different each time.