The Formula 1 Belgian Grand Prix is under a red flag after completing three laps behind the safety car in heavy rain.

After Saturday’s rain-hit qualifying, heavy showers continued throughout Sunday morning, making for treacherous conditions as drivers completed their laps to the grid - with Sergio Perez crashing at Les Combes en route to the grid which has put him out of the race.

Race control announced in the lead-up to the planned start of the race at 1500 local time at Spa that the formation laps would take place behind the safety car, which ultimately come out of the planned race distance.

But the decision was then taken to delay proceedings by an initial 10 minutes before pushing the start of the formation lap out to 1525 local time.

The safety car led the field away for the formation laps at that time, but the majority of drivers were quick to report low visibility and a lack of grip while following other cars.

During the third lap behind the safety car, race control announced that the start procedure had been suspended and the race had been red flagged, resulting in all of the cars returning to the pits.

Max Verstappen was the only driver to suggest that conditions were OK to race in, but did not have any spray to deal with as he was only following the safety car.

Lando Norris, George Russell, Lewis Hamilton and Antonio Giovinazzi were all heard on the world feed reporting aquaplaning and poor visibility, struggling to see the red lights on the cars ahead of them. 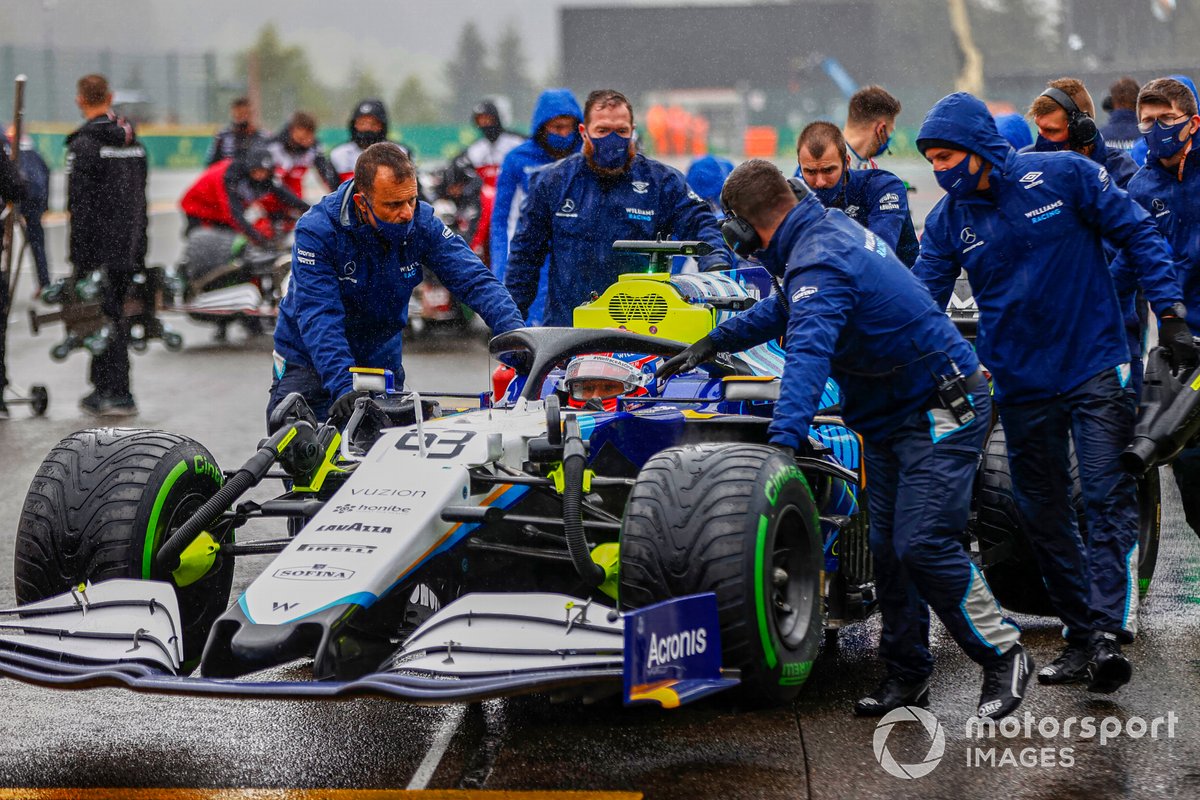 McLaren’s Daniel Ricciardo said over team radio that it was “the right call” to red flag the race, while Hamilton reported that rain was leaking into his helmet.

The race distance has been reduced to 43 laps at the time of writing, as two full formation laps were completed, one of which counts as the regular formation lap with the second then coming out of the 44-lap race distance.

Under the updated regulations for 2021, races have a three-hour window in which to be completed from when they start, meaning it must be finished by 1825 local time in Belgium.