While he surrendered a further seven points to winner Sebastian Vettel - who is now 46 clear in the standings - Alonso said the fact Ferrari improved relative to Hungary, and was able to extract the maximum from its weekend potential, bodes well for the season run-in.

"I am happy with the feeling we had this weekend, [with] the parts we brought here," Alonso said.

"Obviously we lost seven points, but when they [Red Bull] are dominating the weekend then you need to aim for maximum points.

"On weekends like this one we need to extract the maximum from the car, [and] that is what we did.

"Yesterday we were extremely unlucky in Q3. [Today] we had to plan a perfect race from the start.

"The pace and strategy were fine and we could recover some places, and some of the optimism for the championship in terms of points and feeling as well."

Asked if Ferrari was still in the hunt, Alonso added: "You cannot forget that in the first five races we were a very competitive team, we won two of the five races, and we were in a position to fight for the podium all the time. 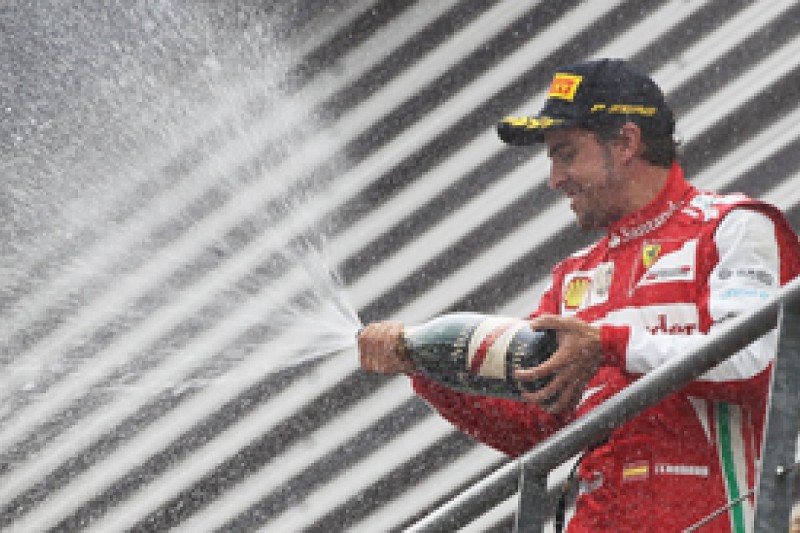 "We went backwards in terms of the step in the car, we lost some direction, [but] we analysed everything and it seems now the things we are bringing to the team are delivering what we expect.

"This gives us the possibility to go forward.

"We still have to recover some of the gap and go for pole positions.

"The championship is very long. If you have a competitive car and win six consecutive races you can recover very quickly - and we will find out if we are in a position to do that."