Alonso broke down without completing a lap of the Spa F1 circuit during Saturday's session, so he will have to obtain special permission to start the race based on his performance in practice.

Honda has decided to swap the combustion engine, turbocharger, MGU-H and MGU-K on Alonso's car for Sunday's grand prix.

The Japanese manufacturer discovered a problem with Alonso's power unit after final practice, and Honda F1 chief Yusuke Hasegawa accepted responsibility for mistakenly sending Alonso out in Q1 after checking the data.

"This morning we saw low oil pressure, so we had to stop the session," Hasegawa explained.

"We checked the data and adjusted the oil pressure.

"We had to take a risk to join qualifying, but actually my judgment was a mistake.

"It was not good. We have to change the engine for tomorrow."

Alonso will now face a 60-place grid penalty as a result of the change, but is already set to start from the last row following an enforced engine swap during Friday practice, after Honda discovered a water leak from his power unit's turbine.

Hasegawa said the failures were not related to each other, or to the updates Honda has fitted to its power units this weekend, but suggested Honda had perhaps not had enough time to check the impact of the new components on existing elements of the engine. 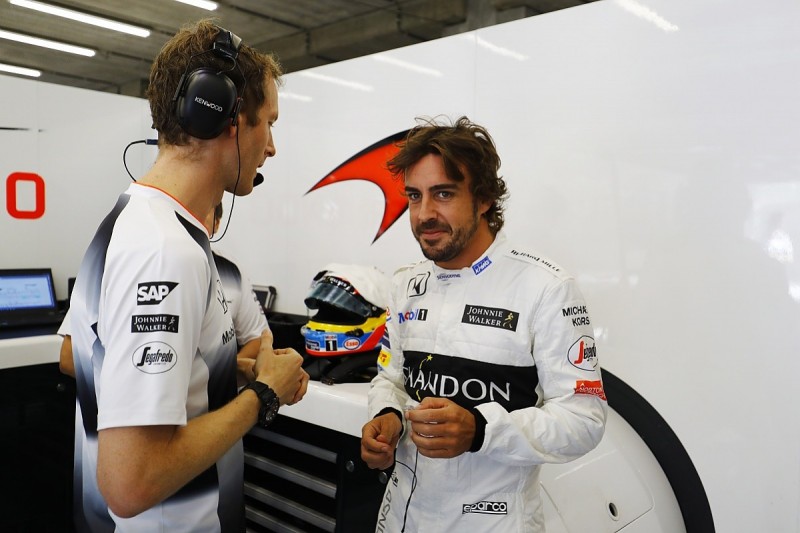 Alonso drew encouragement from the performance of team-mate Jenson Button, who has not suffered reliability problems with his updated engine so far and was ninth fastest in qualifying.

Last season McLaren locked out the last row of the grid at this track, struggling with an energy recovery deficit from the MGU-H.

Hasegawa refused to quantify the improvement in performance, but said refinements to the combustion engine, turbo compressor and fuel had allowed McLaren to "almost achieve the same level [of performance relative to rivals] as Hockenheim".

Despite his own difficulties, Alonso described Honda's progress as "amazing" and said it bodes well for next season, when it is expected to introduce a substantially re-designed power unit.

"Jenson showed today what the car can do with a very strong qualifying," Alonso said.

"In FP3 I was also P10, which I was a little bit surprised about knowing the nature of the circuit.

"I read somewhere that last year we were 3.7s off pole position; today we are 1.3, so the progress is just amazing, because it's not that the other cars didn't improve as well.

"It's a good step forward. That's very good news looking for next year."

Why Mercedes is vulnerable at the Belgian Grand Prix