The Finn was leading in Baku with only three laps to go when he suffered a tyre blow out after running over debris - costing him both a win and the chance to lead the world championship.

But despite the deep disappointment of what happened, Bottas has not let the events get him down - and instead thinks he will come back in better form.

"Of course it was disappointing, but life and especially motorsport includes disappointments," said Bottas, speaking on stage as he picked up the Lorenzo Bandini Award in Italy on Saturday night.

"I always find that disappointment can be your best opportunity to be stronger if you take it the right way. So I am planning to be even stronger next weekend and for the rest of the year."

Although Mercedes appears to be playing catch up against Ferrari at the moment, Bottas thinks that small details will make a big difference in its abilities to move forward.

"This is F1," he said. "It is competitive and when the regulations stay more or less the same, it is always going to get tighter. There are three big teams now which we expected to be close.

"What we need to do is keep looking into the fine details, and learning even little bits, even one hundredth of a second at a time. If we can find those regularly, from all the areas - especially from our weaknesses - that is going to bring us far." 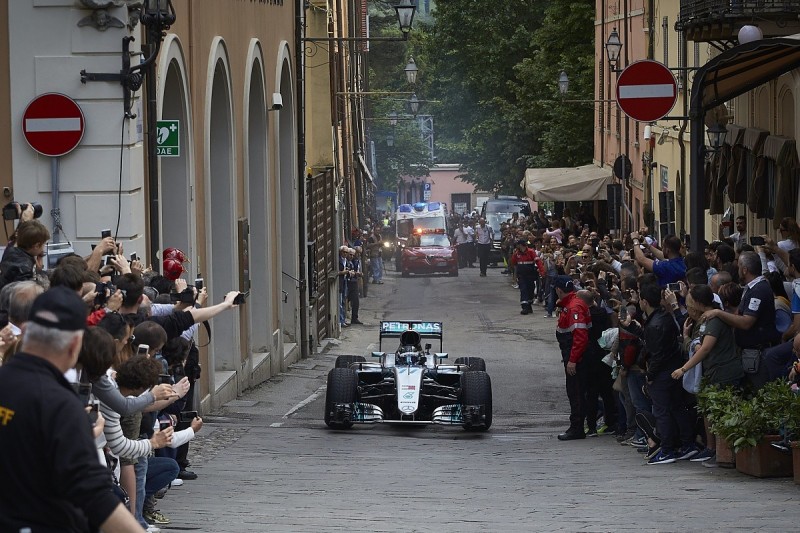 Bottas also thinks that Mercedes' chances of progress will be improved if the team works together in making progress - rather than pinning hopes on individuals to find the answer.

"If I have to say one thing that we need to do to get to the top, it is teamwork," he said. "Keeping working as a team, as the team has always done, because together you can do so much more than alone."

Bottas attracted thousands of fans as he drove a Mercedes W07 car on the roads from Faenza to Brisighella to collect the Bandini Award.

With previous winners including Michael Schumacher, Sebastian Vettel, Lewis Hamilton and Max Verstappen, Bottas said it felt slightly unreal to get the award himself.

"As a kid when I was doing go-karts and seeing which kind of drivers have received the trophy, I could never have imagined that I would be here receiving it," he said. "So it means a lot.

"I didn't get a trophy last weekend but now I have, and it is a lot better. I am really honoured."

The tragic tale of a lost Italian F1 star