Mercedes driver Lewis Hamilton was left bewildered by the tyre situation at Formula 1's Azerbaijan Grand Prix, insisting the compounds brought to Baku by Pirelli are too hard

Friday practice featured an abundance of incidents, as many drivers took to the track's run-off areas.

Hamilton, who languished in 10th after failing to get a lap together on the super-softs, believes the tyres were to blame for the number of errors.

"The grip is very bad. I think it's bad for everyone," Hamilton said.

"These tyres are just so hard. They're too hard.

"You can't come to this incredibly warm place and have the track at 50 degrees, and these tyres still don't work, it doesn't make sense."

Asked whether the track was more difficult to drive in 2017 than it had been during last year's inaugural Baku race, Hamilton said: "Yeah. I think a lot of it is contributed by these tyres being a lot worse, in the sense that they're bigger, heavier, stiffer, harder.

"They just don't work a lot of the time.

"The track's 50 degrees and we've got the super-soft and the soft and neither of them work. 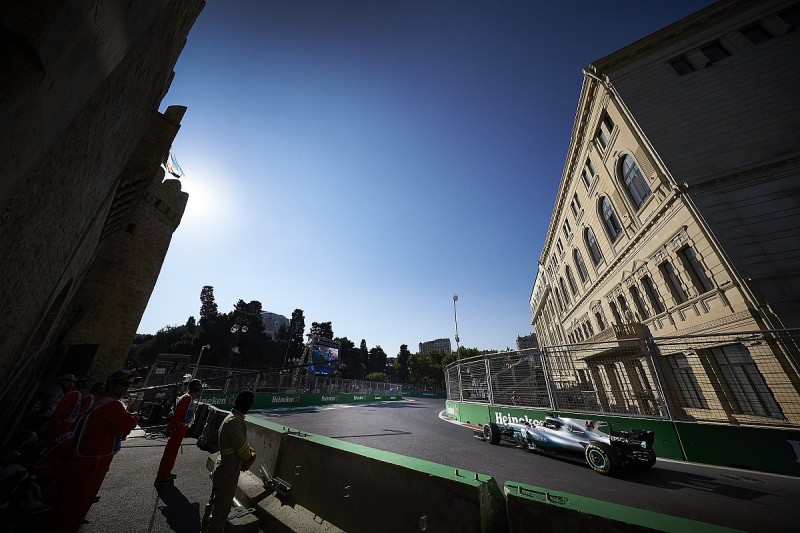 He also suggested that the problems were compounded by tyres losing temperature as drivers navigated their way out of run-off areas.

"Generally what happens is: you run wide, it takes you ages to get into reverse, you reverse, by the time you've reversed and got it back into first gear and gone off, your tyres have dropped way, way out of the window," Hamilton said.

"So then you're tiptoeing around for the next two or three laps, just trying to get temperature back into the tyres.

Team-mate Valtteri Bottas, who finished the day a tenth off pacesetter Max Verstappen's Red Bull, echoed Hamilton's sentiments, saying he would have preferred to see the ultra-soft chosen for this weekend.

"With quite hard tyre compounds for this track, it's quite difficult," Bottas said.

"I'm sure everyone would take the ultra-soft if you could choose but those are the tyres for everyone.

"It'll be our job to make the most out of that."