Kevin Magnussen says his McLaren team still needs to improve "in all areas", despite comfortably topping the second day of pre-season Formula 1 testing in Bahrain on Thursday

The team suffered a telemetry issue with the MP4-29 in the morning, but its Danish driver went on to rack up 46 laps and beat Nico Hulkenberg's Force India to the fastest time of the day by 1.5 seconds.

Magnussen set his best lap time on Pirelli's super-soft tyre and AUTOSPORT understands this run was not part of a qualifying simulation.

McLaren sent Magnussen out on different compounds of tyre in the afternoon, to allow him to better understand the change in grip levels between each Pirelli type.

Williams's Valtteri Bottas, who went fifth fastest, said: "No matter what tyres, what fuel load, it's still a very good lap time, and they are definitely one of the very strong teams."

McLaren and Magnussen believe there is still plenty more to come from their package.

"There will be more [to come]," said Magnussen. "From now until Australia hopefully we will improve the car, but I think we are in a good place. 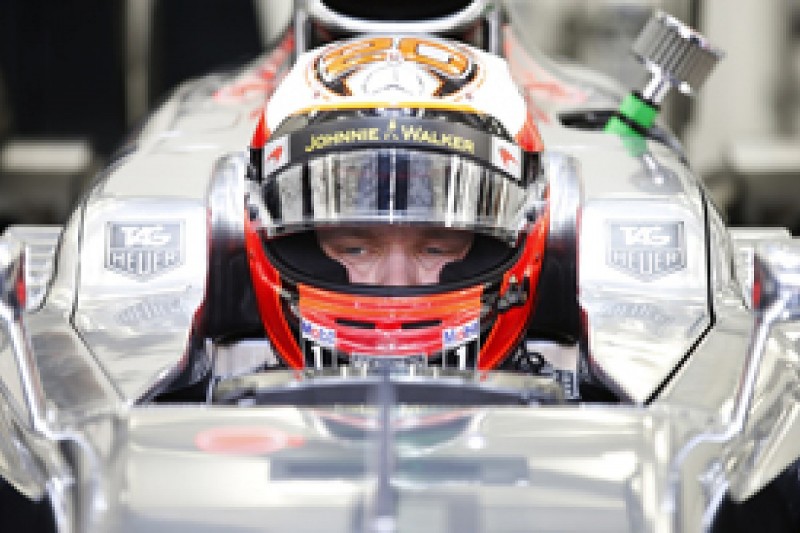 "We need to work very hard but we're not looking too bad. We need to improve everywhere: in all areas."

Mercedes-engined cars have led the way during both days of testing in Bahrain so far, but Magnussen said it was impossible to know where McLaren ranked in the pecking order despite its strong pace.

"I'm not getting carried away. Until then we will be working flat-out."