The Australian failed to make the top 10 for the first time this season, as he wound up 14th fastest in Q2 and almost three tenths adrift of team-mate Daniil Kvyat, who went on to qualify eighth fastest.

Ricciardo reckoned he would have made Q3 without the problems.

"We ran into some issues under braking in Q2 - I know what I felt, but I'm not sure we know why it happened," he said.

"I think it was two separate issues: one, we weren't able to get the temperature in the brakes - there was an offset between left and right sides - and then there was some other stuff going on.

"I don't know if it was engine braking related or the downshift, but I couldn't pull up the car.

"I'll have to see how much time we lost, but looking at the braking markers I was already braking a lot earlier than I was in even FP3, so there was a chunk of time lost there.

"I'm sure we would have been in Q3 without it."

Ricciardo is driving with a new chassis this weekend and said Red Bull had reverted to a 2014 braking set-up to try to make him feel more comfortable.

"We came into this year with a new car and new ways of trying to be quicker, but there were still some unknowns with the set-up," Ricciardo added.

"Earlier in the year, races like China, we struggled a bit on braking, and in Canada I was struggling a lot at the hairpin - locking up nearly every lap and missing the apex.

"We came here with a different approach. We went to something more conventional that we ran in 2014, just to try to get some feeling back under braking, and the issue in qualifying was separate to that.

"We weren't rapid at any point, but we were looking like we should have been back to a decent level in qualifying.

"It's just an unfortunate coincidence we're having a poor run of late, but the tide will turn." 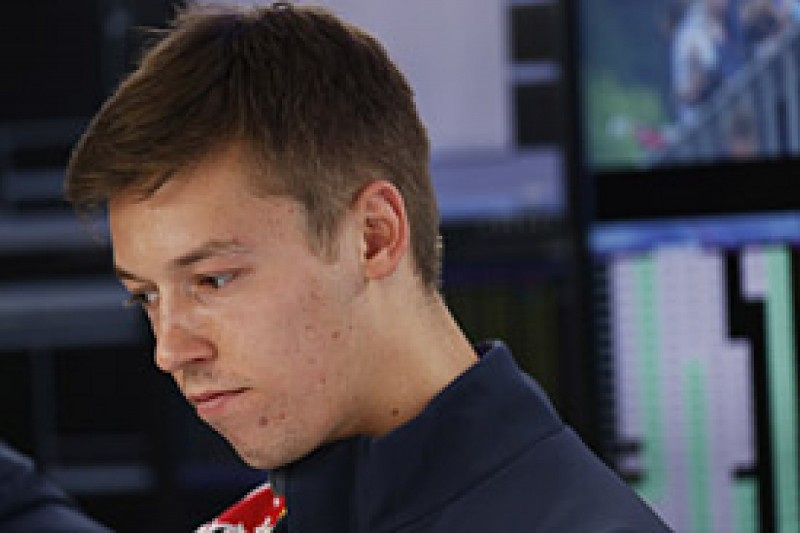 Kvyat managed to outqualify Ricciardo for the third time in the last four races, and said set-up changes after Friday practice had helped him perform strongly.

"I cannot give you exactly the set-up sheet but yesterday it was quite obvious we had to do some homework, to adapt the car to this track and my driving style," he said.

"I think we did our homework well."

Both Red Bulls will be relegated to the penultimate row of the grid, thanks to grid penalties for unscheduled engine changes.

Kvyat should start 17th and Ricciardo 18th ahead of the two McLarens, which will also take grid penalties for changing engine components.