Amid concerns about the impact an outbreak of the virus could have on the tightly-knit paddock, teams are acting with extreme caution to head off the chance of any unwell personnel being able to infect anyone else.

In the wake of some team members showing fever symptoms at the track, a contingency plan has been put in place to deal with the first cases.

One member of the McLaren team, plus two personnel from Haas, have been evaluated at the Albert Park track's bespoke isolation unit and swab tests have been completed.

McLaren issued a statement regarding the situation that read: "We can confirm that one team member has self-isolated in the hotel as a precaution, in line with our policy, after showing symptoms similar to coronavirus.

"We are awaiting test results and currently do not have a definitive timeframe for these. The team is operating as per our normal schedule."

With the results of those tests likely to take several hours, both teams have confirmed that their staff have returned to their hotels and been put in to a self isolation condition until it is known if they have caught the virus.

It is unclear what the implications for F1 and the Australian Grand Prix will be if any of the team members are confirmed as having coronavirus. 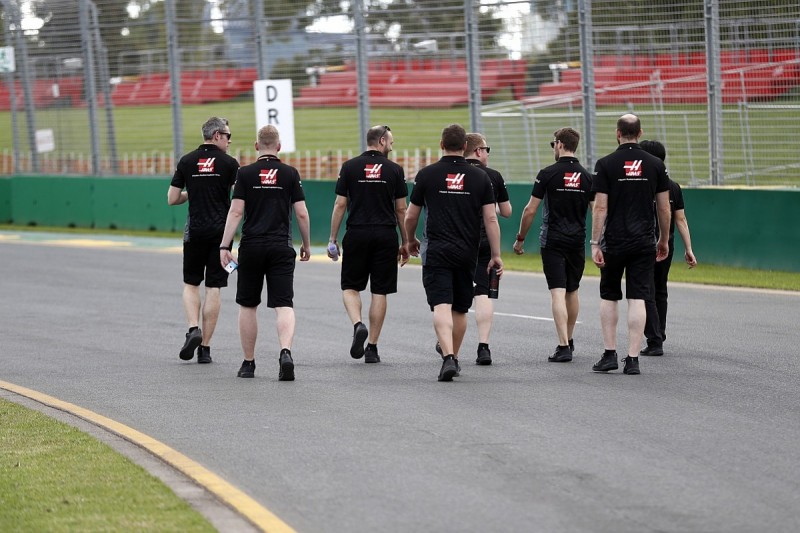 Australia has ramped up its attempts to try to contain the virus, with it announcing that it is banning Italians from travelling to the country from Wednesday evening.

That move will not affect the Italian personnel from Ferrari, AlphaTauri and Pirelli who were able to travel to Melbourne beforehand.

F1 issued a statement earlier this week saying it was taking a scientific approach to handling the coronavirus crisis and was setting up an action plan if personnel were struck down.

"Dedicated teams of experts will be deployed at airports, transit points and at circuits to safeguard personnel, focused on the diagnosis, management and extraction of suspected cases," it said.

"Bespoke quarantine points are being installed by promoters for any suspected cases."

This comes just after Australian media reported a citizen who attended a function at an unopened hotel near the Albert Park circuit was diagnosed with COVID-19, having ignored symptoms for several days.

The hotel is not open to the public just now, however, so no F1 personnel have been affected by this.

Renault unveils 2020 livery on the eve of new F1 season