Kimi Raikkonen says it was traffic, and not his trip into the wall, that cost him a chance of progressing into the final part of Australian Grand Prix qualifying

The Finn sparked chaos in the closing stages of Q2 when he spun on the exit of Turn 3, nosing his Ferrari into the wall and bringing out the yellow flags.

The crash ended Raikkonen's first Formula 1 qualifying session of 2014 on the spot, ensuring that he had no chance of improving beyond 12th position.

However, Raikkonen says traffic had already ruined his chances of going through to Q3, and that he was actually heading back to the pits when he spun.

"I didn't have any more time to do an extra lap, so on that lap I would have come in anyway," he said.

"I was playing around with the switches or something, and I got a little bit of wheelspin and touched the wall. But the car is more or less OK.

"It was just my mistake. I got a little bit of wheelspin, I wasn't pushing anymore, but I couldn't catch it.

"That didn't change the fact we had traffic on the previous lap. There was a McLaren going very slowly through Turn 5, and there were some other cars in front of us, but that's how it goes sometimes.

"In the wet we had the speed, it was just the traffic." 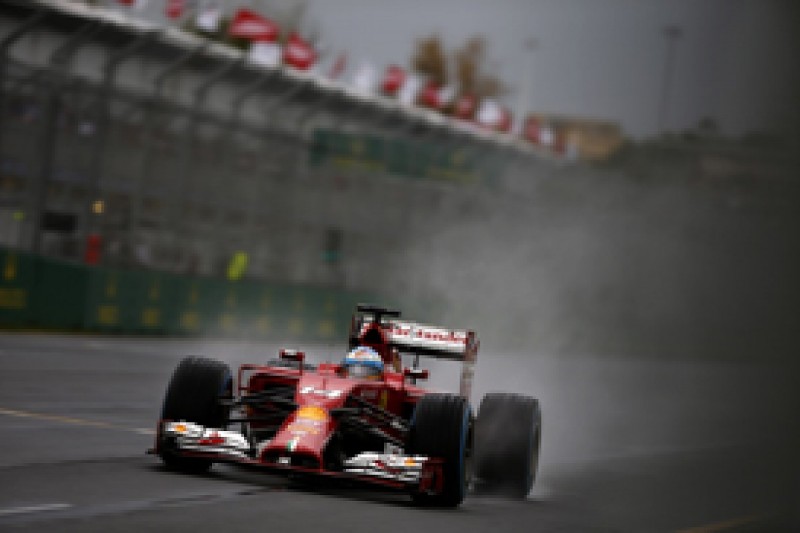 Raikkonen's team-mate Fernando Alonso had a much smoother qualifying season, securing fifth on the grid, a position which he says will allow him to fight for a podium in the race.

"We just need to make two positions to get that goal," he said.

"But you cannot take finishing the race for granted, as we have been doing in the last couple of years. This first race, the first priority is the finish the race.

"That may sound pessimistic, but even the guy in pole position cannot be 100 per cent that he will finish the race.

"We need to make sure we cross the line. If we do so, then we can be on the podium."