As AUTOSPORT revealed earlier on Saturday, a number of drivers have told F1 race director Charlie Whiting they are worried about the consequences if a car ahead suddenly lifts to save fuel.

Whiting told them that there was little he could do to resolve the situation other than make it clear that drivers had to be responsible if slowing deliberately.

Jenson Button, one of the drivers who spoke out about the matter in the drivers' briefing, said on Saturday: "It's not straightforward like it was in the past, where you'd go flat out for most of the race and maybe save for the last seven or eight laps, which was the quickest way to go racing in previous years.

"Now I think it's going to be pretty much from the word go that people are saving fuel. It's going to be tricky to really read it - and this is going to be the worst, because it's the first race of the year. We'll get to grips with it, I'm sure.

"Drivers have it under their control in terms of them lifting off to save fuel. I hope everyone is in the same situation and that we probably won't have any issues.

Sebastian Vettel was mindful of the possibility of an incident happening - but wanted to hold fire on reacting until he had seen how events pan out.

"If the worst comes to the worst, it could be an odd situation," he said. "I think we need to learn how to deal with it and hopefully not run into any problems.

"We need to see how bad it is. If everybody's in the same boat it's fine, but surely we'll have differences between the cars' fuel consumption. Then it could be a different situation." 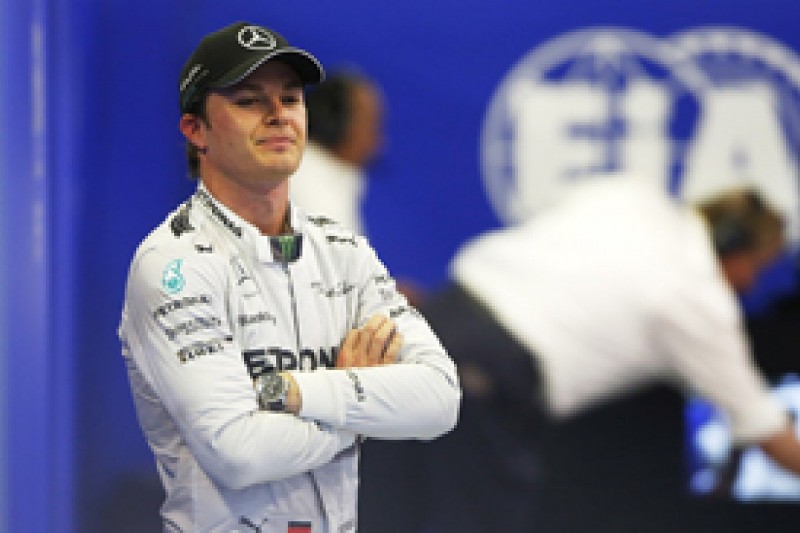 Nico Rosberg admitted he was likely to change his approach to racing because of the new rules' implications.

"It is a very small concern, but since we are all aware that it can happen because everybody is going to be doing it, I am expecting it a little bit more," he said.

"So I won't slipstream until the very, very end because I know that either the hybrid power can switch off or the electronic boost can switch off on the straight, which will suddenly slow him down. Or he is going to lift and coast.

"I know a lot of things will happen which will change his straightline speed, so expecting that I will not be right on the gearbox and will move out a little bit earlier."