Analysis: why Webber and Alonso were punished for 'taxi' ride

But despite even stars like Jenson Button joining the chorus of disapproval for Webber and Fernando Alonso being given reprimands, a deeper look at the facts of the case show that stewards had to act.

TAXI RIDE ITSELF WAS NOT PUNISHED

Button was one of many people to complain that Webber and Alonso had been punished for the eye-catching taxi ride - reminiscent of Ayrton Senna and Nigel Mansell at the 1991 British Grand Prix.

On Monday morning Button, a director of the Grand Prix Drivers' Association, tweeted: "Disappointed to see the penalties for @AussieGrit [Webber] and @alo_oficial [Alonso], act of sportsmanship should not really be punished."

However, the reality is that the penalty had nothing to do with the actual 'sportsman' aspect of a driver giving a lift to his rival - it was down to safety.

There is in fact no regulation that strictly outlaws drivers from giving such rides.

Article 43.3 of F1's sporting regulations states only that: "After receiving the end-of-race signal all cars must proceed on the circuit directly to the post race parc ferme without any unnecessary delay, without receiving any object whatsoever and without any assistance (except that of the marshals if necessary)." 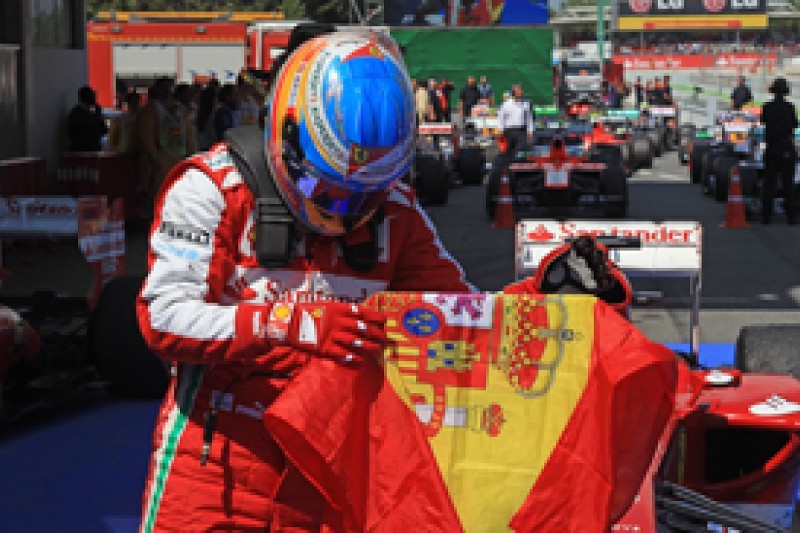 That was the regulation under which Alonso was summoned to see the stewards after his victory in this year's Spanish Grand Prix when he received a flag on the slowing-down lap. He escaped with a caution.

High-level sources have confirmed to AUTOSPORT that the FIA would almost certainly not have taken any action had the pick-up been conducted in a safe way.

Webber and Alonso were punished because of the dangerous manner of their actions.

Although the race had finished, article 30.9 of F1's sporting regulations is still in force, which means drivers cannot run on to the track without permission from marshals.

Sources have revealed that not only did Webber not have permission from the marshals to enter the track at Turn 7, but he was in fact explicitly told by track officials not to do so.

CCTV footage of the incident shows Webber hailing Alonso as he runs towards the track, ignoring the marshals, before he sprints around to the left hand side of the Ferrari.

At that moment, Nico Rosberg has to swerve to the left of Webber and Alonso, before just a few seconds later Lewis Hamilton has to take to the kerbs on the outside. 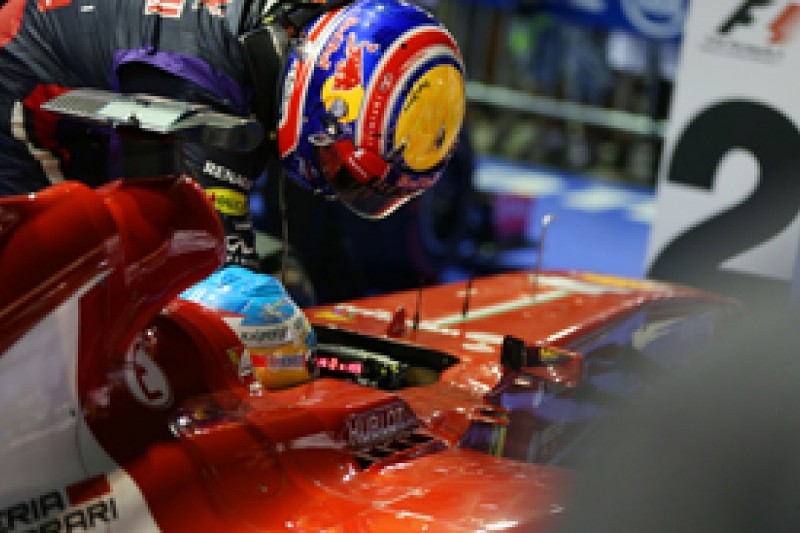 Alonso's reprimand was for stopping in a dangerous place, which was in the middle of Turn 7 where he could not be seen by cars entering the corner.

Hamilton said on Sunday night that he was "really shocked" to find a stationary car on the track at that point, and that Webber had been lucky not to get run over.

Dangers in motor racing remain even when the chequered flag is out. At this year's Canadian Grand Prix, a marshal was killed when he was run over by a crane as he assisted in the retrieval of a car.

And on Sunday afternoon in Singapore, GP2 driver Fabio Leimer crashed into Alexander Rossi on the slow-down lap.

Much of the anger about the sanction is because it has resulted in a 10-place grid penalty for Webber at the Korean GP.

However, it is incorrect to state that Webber has been moved down the grid because of the Singapore GP incident.

Webber's grid punishment is, instead, because he has racked up three reprimands this season - two of which have been for driving offences.

Article 18.2 of the sporting regulations states: "Any driver who receives three reprimands in the same championship season will, upon the imposition of the third, be given a 10 grid place penalty at that event.

"If the third reprimand is imposed following an incident during a race the 10 grid place penalty will be applied at the driver's next event.

"The 10-grid place penalty will only be imposed if at least two of the reprimands were imposed for a driving infringement." 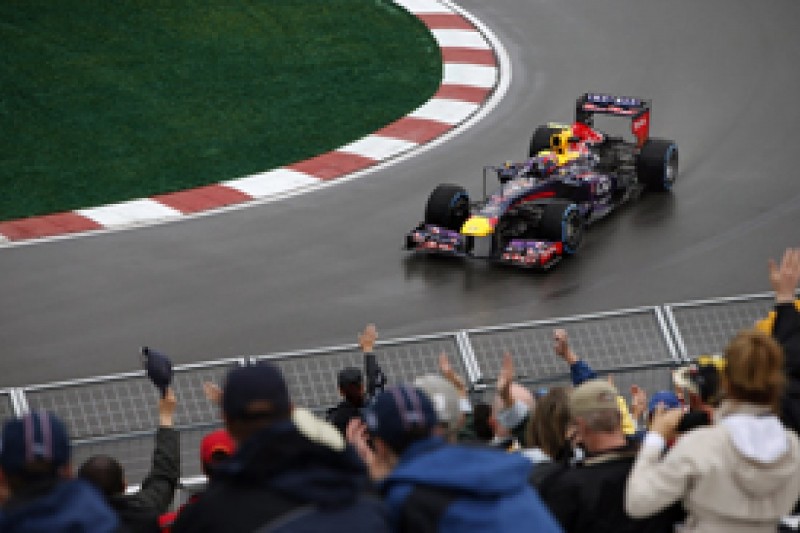 Webber's two previous infringements are for causing a collision with Nico Rosberg at the Bahrain Grand Prix, and for ignoring yellow flags during first free practice at the Canadian Grand Prix.

Had Webber not received those reprimands, then the Singapore incident would not have resulted in any grid penalty.

Red Bull boss Christian Horner suggested that the stewards would have been better off fining Webber rather than giving him a reprimand.

However, as part of a gentleman's agreement between the FIA and F1 drivers relating to their increased Super Licence fees, infringements are no longer punished with fines for drivers.

That is why even speeding in the pitlane fines are given to teams and not drivers now.

Webber's actions in running on to the track compromised safety and clearly warranted a reprimand.

The stewards also only have to care about ruling on individual incidents, and cannot be more lenient on an individual offence simply because a reprimand will trigger an automatic grid penalty.