Failing to win the Formula 1 world championship is usually seen as a disaster for Ferrari, so failing to win a race in any given season must be virtually unthinkable

But that's exactly where the Scuderia found itself in 2014 - enduring its first winless F1 campaign since 1993.

Not traditionally a team known for its patience, Ferrari has acted with a ruthless sweep of its human resources broom. Italian equivalents of the P45 form have flown all over Maranello.

News that engineering director Pat Fry and chief designer Nicolas Tombazis will leave the team is the latest development in a wide-reaching restructure that has encompassed change at the very top of the company.

During this year alone, Ferrari has changed president, team principal (twice), and reshuffled its engine department.

A disappointing season on-track led to un-resolvable tension with star driver Fernando Alonso (since departed for McLaren), and now further heads have rolled in the design office and the engineering department.

Just before taking over from Luca di Montezemolo in the autumn, Sergio Marchionne - the CEO of parent company Fiat - described the Scuderia's 2014 performance as "unacceptable", and it seems Fry and Tombazis are the latest to pay the price for that.

But 2014 was always likely to be a transitional year for Ferrari. James Allison joined as technical director from Lotus in September 2013, too late to have as significant an influence over the F14 T as he would have liked.

There were some reasons to be optimistic on the chassis side, as the car seemed to be a small step forward aerodynamically compared to recent years. 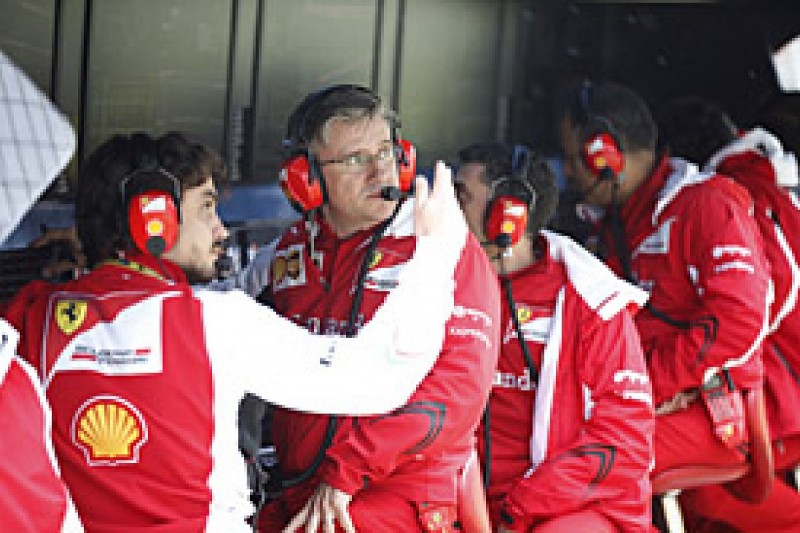 If that trend continues, it will correct a weakness that has held Ferrari back for the past half-dozen years.

But the engine was the main weakness of the package, not the chassis. There's a tremendous irony in the fact that Ferrari - historically a vocal advocate of the need for engine building to be crucial in F1, rather than the aerodynamic battleground dominating - suffered most from the introduction of 1.6-litre, V6 turbo hybrid power units this year.

Those at Maranello didn't have the hybrid technology of the ERS era in mind when hoping for change. Even so, its power unit package was bitterly disappointing. In terms of peak power, it was in the region of 40bhp down on Mercedes, and that deficit played a major part in Ferrari's struggles on track this year.

Surprisingly, it wasn't just the ERS package that stymied Ferrari, for there were weaknesses in the conventional parts of the power unit that you would not expect from a team that, historically, has prided itself on engine building.

That's why there was so much agitation about lifting the engine freeze - work that Marco Mattiacci undertook with vigour before Maurizio Arrivabene replaced him as team principal at the end of the season.

But, as Fry pointed out to AUTOSPORT before he lost his job, Ferrari needs to make strides in all areas if it is to start challenging for championships again. 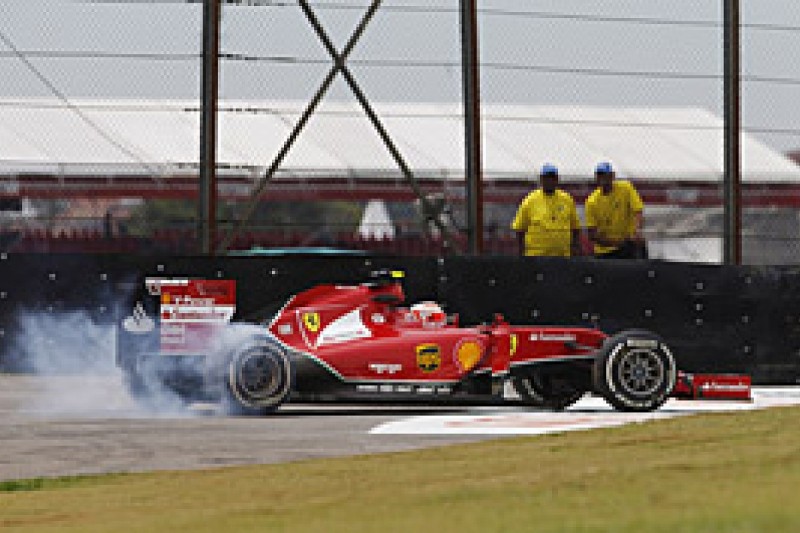 This was a season of politics, change and embarrassment for Ferrari.

Fortunately for the Scuderia, there is light at the end of the tunnel. If Allison is able to do things the way he wants on the technical side, and new signing Sebastian Vettel settles in and starts delivering the kinds of performances he did pre-2014, the future will start to look much brighter.

Four-time world champion Alain Prost said earlier this year that old giants like Ferrari and McLaren needed to radically change their thinking, after being out-foxed in recent seasons by newer, slicker teams such as Mercedes and Red Bull.

Both have undertaken massive restructuring as they seek to get back to winning ways. Only time will tell if they have made the correct calls.