Though Ricciardo won the intra-team qualifying fight with a respectable 12-7 score, the man who effectively saw off four-time champion Sebastian Vettel two years ago begins 2016 aware that he has to reassert himself.

"I've always really enjoyed high-speed corners and I'd like to say I've got a big ballsack. But he's been pretty close in high-speed stuff.

"I'd like to think that when we're really on it, I'm still the big dog.

"But if he sees me go quicker in a high-speed corner, in the next session he'll pretty much match it.

"He's been pushing me. In qualifying I've most of the time managed to find a little bit.

"But through the practice sessions, he's not shy about getting up to speed quickly.

"It hasn't been easy. But I always feel like if I'm on it and doing everything I need to do, I'll be quicker."

Both drivers had their morale dips in 2015 - Kvyat struggling to establish himself early on and receiving public criticism from Helmut Marko, and Ricciardo's frustration beginning to impinge on his form as he returned to scenes of his '14 highs such as Montreal and found himself unable to even score.

Ricciardo was not surprised to see Kvyat stumble at first given the general angst around Red Bull at the time.

"He was typical of that young generation coming in after me - him, Carlos [Sainz Jr], all these guys - they're just flat-out, super-keen," he said.

"The first few races I'd say he was maybe a little bit too excited. He made too many mistakes in qualifying and all that.

"It was looking like it was probably going to be a hard season for him, but then he turned it around."

To get the Red Bull chance in the first place, Ricciardo had to come out on top of what amounted to a two-season-long showdown with Jean-Eric Vergne at Toro Rosso, and sees his current battle with Kvyat as similar. 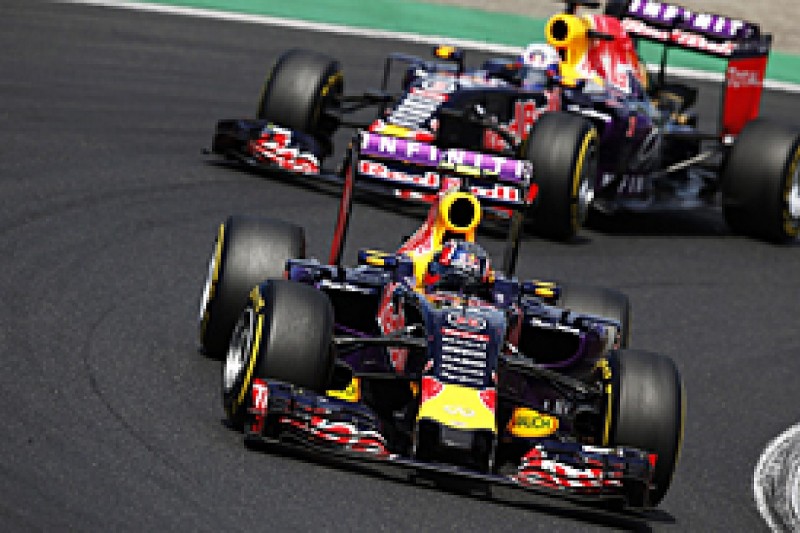 "JEV used to push me a lot, but then I just knew if I put it all down [I was faster]..." Ricciardo said.

"On my day, I feel like I'm not going to be beaten. I've just got to make sure I'm on my day all the time."

Kvyat reckons Ricciardo's initial superiority in 2015 was largely down to team familiarity.

"He's been around for a while and he knew the team a lot better at the beginning of the season," the Russian told Autosport.

"He had his group around him, which helped him to take the upper hand on us.

"In the middle part the situation changed a bit and he found himself in a bit more of a tricky situation."

But he also acknowledged that he had to raise his game considerably against Ricciardo.

"Going up against a driver like him makes you find a new limit, makes you work harder, makes you learn a few things," Kvyat said.

The coming season will be transitional for Red Bull, grudgingly back in bed with Renault and inevitably disadvantaged by last year's uncertainty.

But the ferocity with which it chased new engine partners showed Red Bull's desperation to be competitive, and it will find a way to ensure it gets back to the front sooner rather than later.

And it is also surely only a matter of time before Max Verstappen is promoted to the senior team - provided Red Bull can fend off rivals' advances for him.

The Dutch teenager's presence on RBR's doorstep adds extra urgency to Ricciardo and Kvyat's situation, though the latter says they remain cordial.

"Once we don't have our helmets on, we manage a good relationship and to keep a positivity around us and the team, which I think in a time like this is very important," said Kvyat.

"But we are still very competitive and every time we are out there we make sure we make each other's lives as difficult as we can."

Ricciardo agrees and underlines his respect for his team-mate, but insists it is Kvyat with the most to prove.

"I think the raw speed is there," he said.

"The next part is does he have that next little bit, that level of maturity and racecraft that will then bring that next point?" 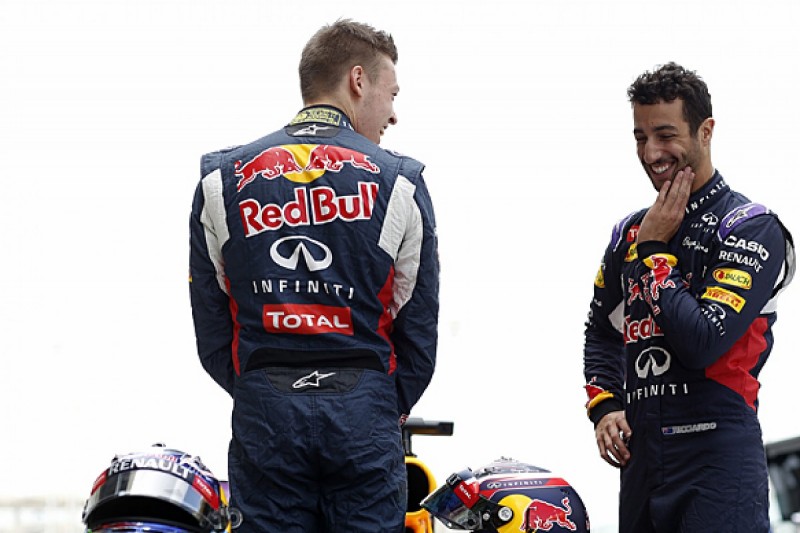 Valtteri Bottas was 'disturbed' by rumours of 2016 Ferrari F1 move