Alpine has revealed that the baffling pace difference between Fernando Alonso and Esteban Ocon at Formula 1’s Russian GP was caused by a drifting divergence of set-up.

The French manufacturer was left puzzled after the Sochi event as to why Ocon had struggled for pace on a weekend when Alonso had looked so strong.

It prompted fears that Ocon could be experiencing a repeat of the issues he faced earlier in the campaign when a run of poor results prompted a change of chassis.

But following investigations at its Enstone factory ahead of this weekend’s race in Turkey, Alpine suspects that the cause of the recent problem was down to the way that Ocon’s car set-up had moved far away from Alonso’s – something that had not been spotted at the time because it had happened in incremental steps.

Executive director Marcin Budkowski said: “We did some checks on the car, but the reality is there was a set-up difference in Russia.

“The cars kind of drifted away a little bit in terms of set-up, while they had been very similar in the previous events. And what is clear from the analysis we did after the race is that the set-up direction that was taken on Esteban's was not the right direction to take.

“You cannot always see it during an event, because it's a kind of continuous evolution on one direction based on feedback/driver preference based on data. And actually, you realise after, when you look at the finishing set-ups of the two cars, that the one we had on Fernando's car made more sense from a performance point of view.” 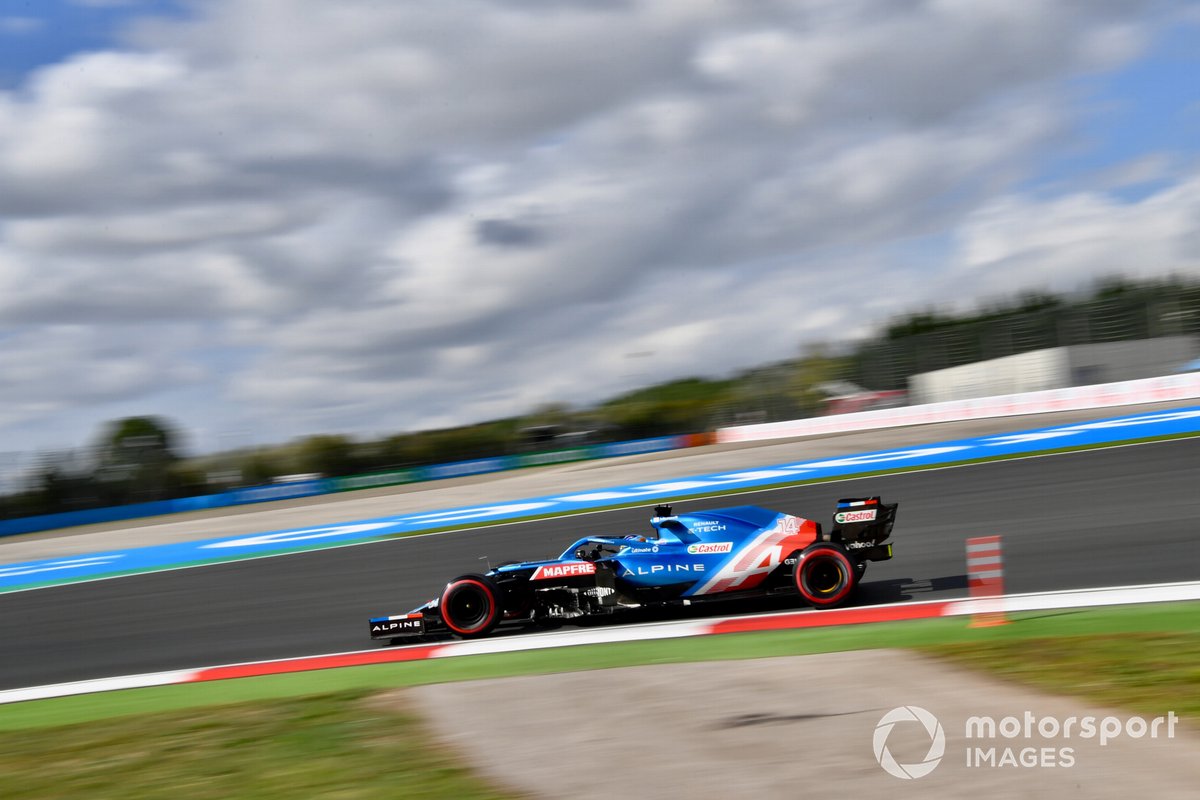 Budkowski said that Alpine had learned its lesson about keeping a better eye on the global picture of the two car set-ups, and would ensure there was no repeat from now on.

“It was a bit of a shame to realise that after the weekend,” he said. “Obviously it's something that we wish we had been better at that sort of thing, and not going that deep in that direction in Russia.

“It's something we are addressing for here, and it's unfortunate it did affect Esteban's performance.”

Despite what happened in Russia, Budkowski says he remains pretty pleased with how Alpine has delivered consistently over this season with both its cars.

“I think, both in terms of extracting performance from the car and in terms of consistency, we do a good job at the track this year,” he said.

“Do we get it right, every time, with both drivers every weekend? Clearly not. But when you look at it statistically over the season, we are getting it more often right than other people. And that explains our kind of points consistency.

“It's not a perfect track record. But it's a pretty good one.”