Under the budget cap, all teams have had to prioritise the areas of development that pay the biggest dividends.

Traditionally, front wings and endplates have been a main focus as teams try to find performance.

Fry says that a new floor design costs a team roughly the same as a new front wing, but the former now provides a much more significant gain relative to the investment.

Regarding the potential cost of a new front wing, he said: “By the time you've invested in it you're, I don't know, 700 grand into it, by the time you've made the tooling, done all of that. And you've got find as much performance as you do in the floor.

“And clearly a floor you're finding 10 times as much at the moment. Obviously, we're also limited by resource. So it's easier for us to put that on a floor update than on a front wing that is relatively small." 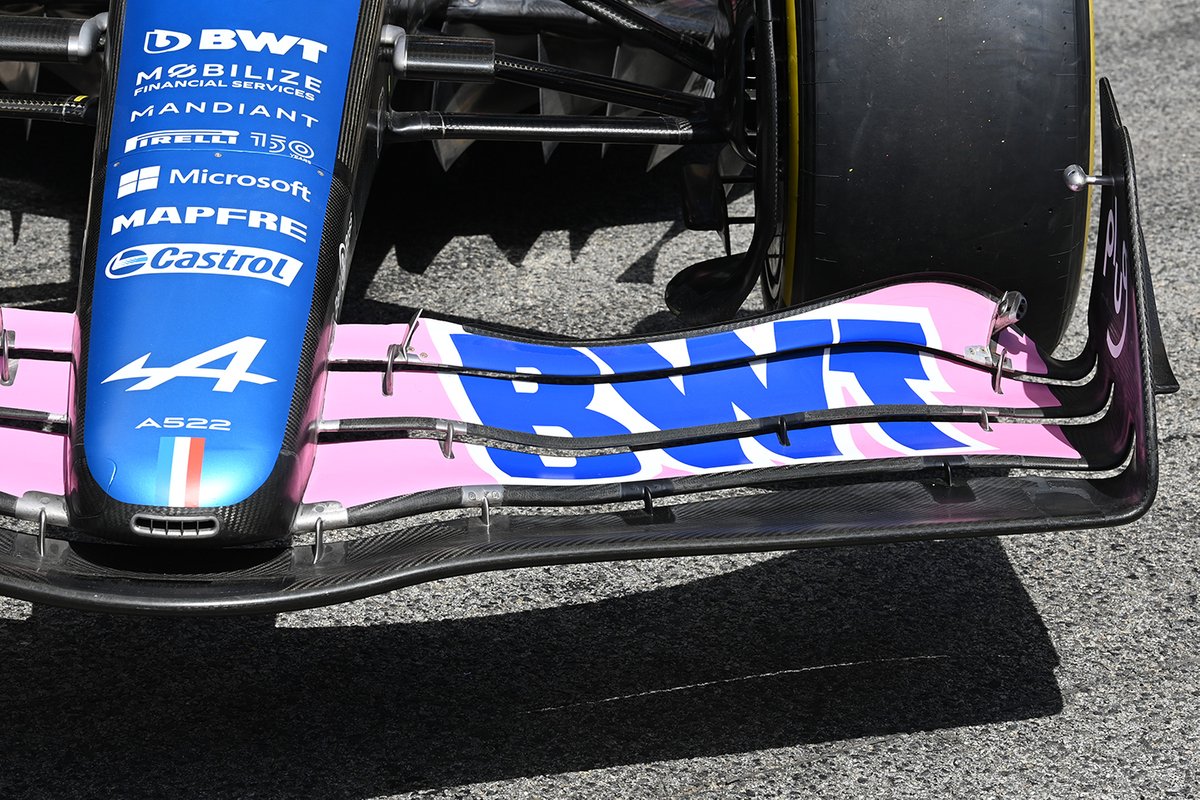 Fry stressed that there are still huge gains to be had from floors as teams learn more about their 2022 cars.

"I think that's the same for everyone,” he said. “It's a floor and I guess a top body shape as well to energise the side of the floor, to work closely.

"Front wings are a little bit less sensitive than they used to be, there used to be a huge amount of performance in wings.

“We have got front wing changes coming through, but a front wing is quite an expensive component to make, so it's got to earn its keep.

“The front wing is a similar cost to a floor. And at the moment, I'm finding 10 times the performance in the floor. So I'm just going to keep on doing those.”

Fry says all teams have to calculate where best to spend their limited funds as they try to stay within the budget cap.

“It's a balance. Years ago, we had a cost performance graph, even when I was at Ferrari, but that was to stop us doing the mad bonkers and massively expensive stuff!

“So it's a balance, as well as cost, it's what we can physically produce. And I guess we could always put more stuff out, but that comes at an even higher cost. So it's just a balancing act.

“I think every team will have a cost of performance, as I call it. So you've got an idea of the cost of a component and how many points of downforce you need to find to make that sensible.”

Alpine has opted to bring regular updates rather than the occasional major package, and the Barcelona package include some front wing modifications, with more floor updates to come.

"Effectively there's some details on the front wing end plate design, a few minor things on the floor, and mainly rear wing and rear brake ducts are the new bits we brought here," said Fry.

"The rear wing is for the downforce level you need here and obviously in Monaco. The rear brake ducts are just a development we've been working on."